Starbucks’ new 32,000-square-foot store in Tokyo is its biggest in the world 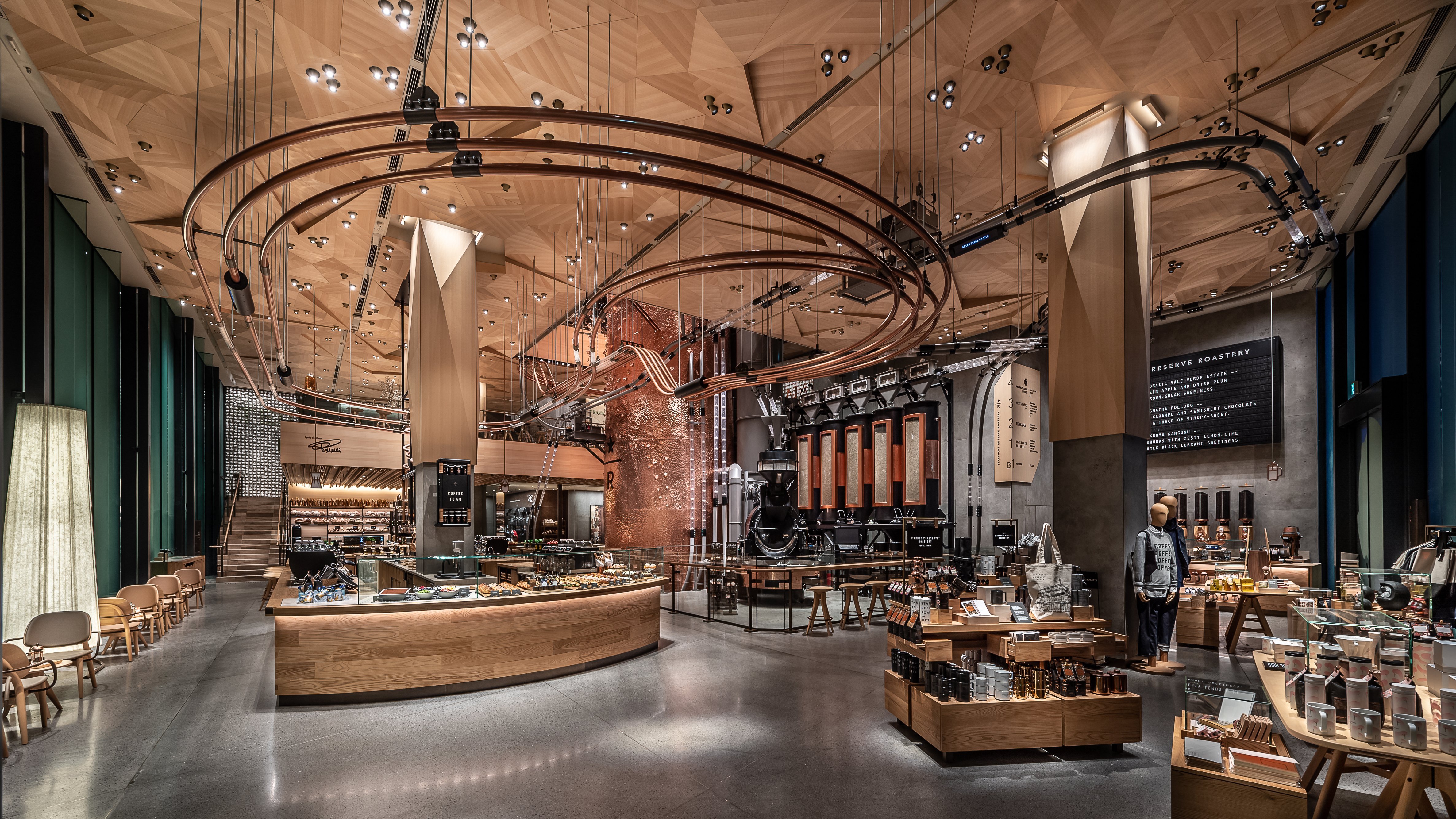 Starbucks has opened its biggest Roastery in the world in Tokyo.

The 32,000-square-foot Tokyo Roastery opened to the public on Thursday morning. It overtakes the one in Shanghai as the biggest Starbucks on the planet. The company has just three others, in Seattle, Milan and New York City.

After Tokyo, Starbucks plans to open one more Roastery, in Chicago.

Roasteries are designed to solve a problem all retailers face: How to make the in-store experience unique and exciting enough to lure in customers. Starbucks is also using the Roasteries to test out design concepts and menu items — and to double down on its promise of offering a “third place” between home and work, even as it focuses on speed and convenience elsewhere.

“The Roasteries are brand amplifiers for us,” Johnson said. “That is their primary objective.”

In Tokyo, customers who visit the Roastery will be able to order elaborate drinks like black tea lattes garnished with turmeric cotton candy and jasmine teas topped with popsicles. They’ll be able to gaze at cherry blossoms through glass walls, and sip beverages on an outdoor terrace.

The four-story shop boasts a number of superlatives. It’s the first Roastery to be designed from start to finish with a local designer, architect Kengo Kuma, and the first Starbucks location with a dedicated “inspiration lounge” to host events. It’s home to the world’s largest Teavana tea bar. And Starbucks also hopes that it will one day become the first of its stores to be certified by the Specialty Coffee Association, a non-profit membership group, to train coffee professionals.

But the Tokyo location also shares many elements with its four predecessor locations, like the cask — though at over 55-feet tall, Tokyo’s is biggest. It also shares distinctive design features like a split-flap sign, called a clacker board, which displays the coffee being roasted in the roasters. Like every Roastery, the Tokyo location has series of overhead pipes that shoots beans throughout the building, sells customized merchandise and incorporates Princi bakeries into the stores. It also has an Arriviamo cocktail bar like the New York and Milan Roasteries.

The first Roastery opened in Seattle in December 2014. “This is a real-life Willy Wonka experience with coffee as the heart and soul,” said Liz Muller, now Starbucks’ chief design officer, in a statement at the time. Muller has gone on to lead design on each Roastery.

Howard Schultz, then CEO of the company, said in January 2015 that the location’s opening was the strongest in the company’s history, “well exceeding even our most optimistic projections.”

From the beginning, the Roasteries were designed to have a theatrical air. Customers are invited to explore the space, try new concoctions and learn about Starbucks’ coffee supply chain. The more each Roastery has to offer, the more likely it is that customers will visit, spend and stay.

“Personally, I feel that the Roastery is the finest, most creative, and immersive experiential retail environment of any in the world today,” Schultz said in 2015. “It should be no coincidence that the Roastery opened in the same year that we identified and shared with you the urgent need for retailers to elevate, deepen, and ultimately redefine how they were emotionally connecting with their customers.”

By the end of 2016, it seemed that Starbucks’ big bet was paying off. The company reported in November that sales for the year were up 24% compared to 2015, mostly because Roasteries customers spent four times as much as customers at regular Starbucks locations.

“In Milan, even today, we have lines around the building on the weekends,” Johnson noted this month.

Starbucks has always been “a more affluent brand,” said Morningstar analyst R.J. Hottovy. The Roasteries take it “even more upstream,” he said.

In addition to offering a premium experience, the Roastery also serves as an innovation lab, Johnson said.

Starbucks has rolled out new beverages nationwide after testing them out at Roasteries. The Juniper Latte, last year’s holiday beverage, was inspired by a drink that debuted in the Seattle Roastery the previous year. The Cascara Latte, which tastes like the coffee cherry, was introduced at all stores in 2017 and also inspired by a drink first unveiled at the Seattle Roastery.

The Roasteries are also where Starbucks tests out design elements it adopts not only in other Roastery locations, but at Starbucks’ Reserve Bars — high-end coffee bars that aren’t as elaborate as the Roasteries, but serve premium-blend coffee and are fancier than your corner Starbucks location. Starbucks has over 200 Reserve bars worldwide, most of them in Asia.

“There will be a halo effect,” Muller told CNN Business soon after the New York City Roastery opened in December. There will be “lots of learnings from here.”

The Roasteries have also served as inspiration for new Starbucks concepts, like the “coffee sanctuary” that opened in Bali in January. That store has a 1,000-square-foot coffee farm out front and a nursery where customers can plant seeds. Customers at the store, called the Starbucks Dewata Coffee Sanctuary, can take coffee tasting and preparation classes and virtually participate in the planting process through an interactive digital wall.

Starbucks has always promised to be a “third place” where people can spend time. It recommitted to that vision last year, when it codified a policy allowing people to use the bathroom and hang out at Starbucks locations even if they don’t order anything.

At the Roastery, people are encouraged to explore the space.

“This is a slower experience,” Muller said in December. “Come and stay longer, meet with your family or friends, relax.”

Meanwhile, Starbucks is also trying to make sure that customers who went to get their coffee quickly are satisfied. The company is expanding its delivery services worldwide, investing in its app — which lets people order online and pickup in stores — and opening more drive-thru locations.

“Trying to balance those two is very difficult for the company,” said Hottovy. By splitting up the business into slower, upscale locations and smaller-format stores built around convenience, Starbucks may be able to tackle the problem, he said. And it could help prevent Starbucks stores from cannibalizing each others’ business.

Starbucks once had ambitions for 1,000 reserve bars and more Roasteries after Chicago. Today, Johnson says there are no definite plans for Roasteries beyond that city.

“Right now we’ve committed to these six,” he said. “We’re very pleased with how they’re performing.”