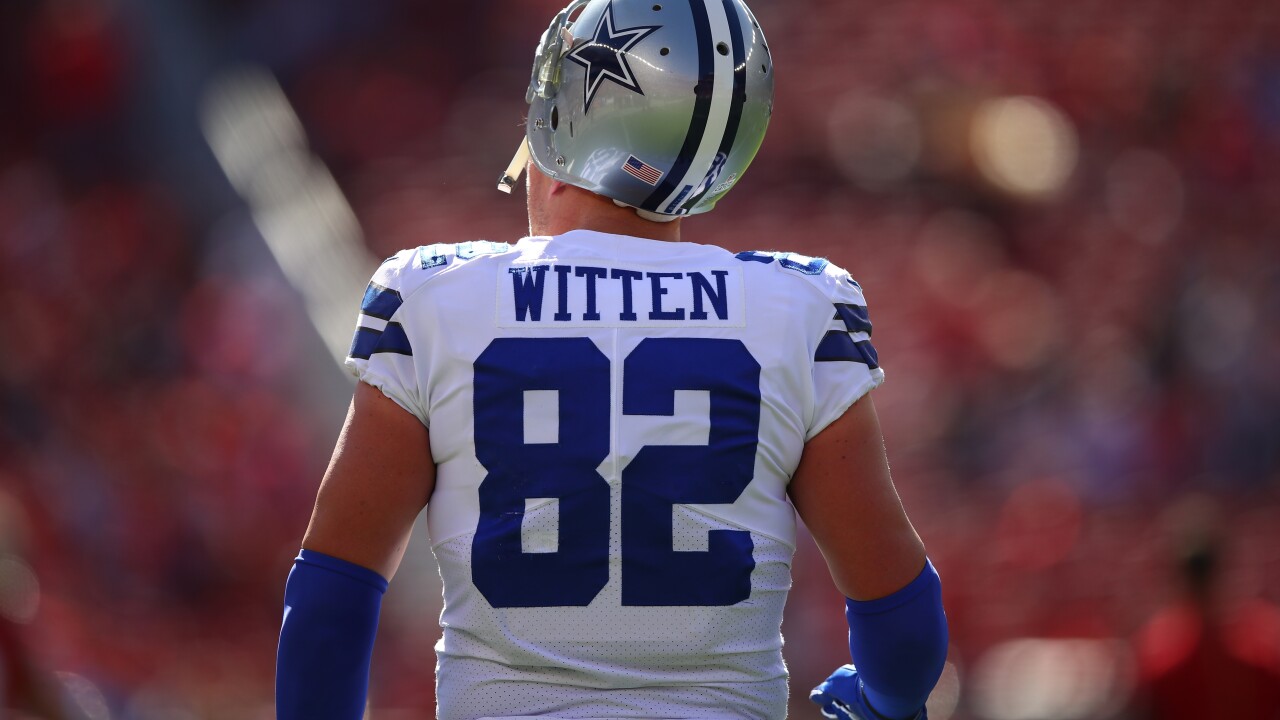 FRISCO, Texas – After calling the plays for one season, Witten wants to be part of the plays again.

Thursday, tight end Jason Witten announced he’s leaving the Monday Night Football broadcast team, ending his retirement and returning to play for the Dallas Cowboys – the team with which he spent 15 seasons.

“The fire inside of me to compete and play this game is just burning too strong,” Witten said in a statement. “This team has a great group of rising young stars, and I want to help them make a run at a championship. This was completely my decision, and I am very comfortable with it.   I’m looking forward to getting back in the dirt.”

An 11-time Pro Bowl selection, the Cowboys legend retired in May 2018 and immediately assumed one of the most high-profile positions in sports broadcasting – analyst for ESPN’s Monday Night Football.

“We thank Jason for his many contributions to Monday Night Football and to ESPN over the past year and wish him continued success,” ESPN said in a statement.

A team captain for 11 seasons, Witten holds multiple Dallas Cowboys franchise records, including most career receptions (1,152), career receiving yards (12,448), receptions in a game (18), consecutive games played (239), and consecutive seasons with a reception and scoring a touchdown (15). In all, he scored 68 career touchdowns.

Witten played in all 16 regular season games every season from 2004 to 2017. His final campaign saw him haul in 63 passes for 560 yards and five touchdowns.

He will rejoin a Cowboys team that finished 10-and-6 in 2018, winning a wild-card game before falling to the Los Angeles Rams in the NFC’s divisional round.