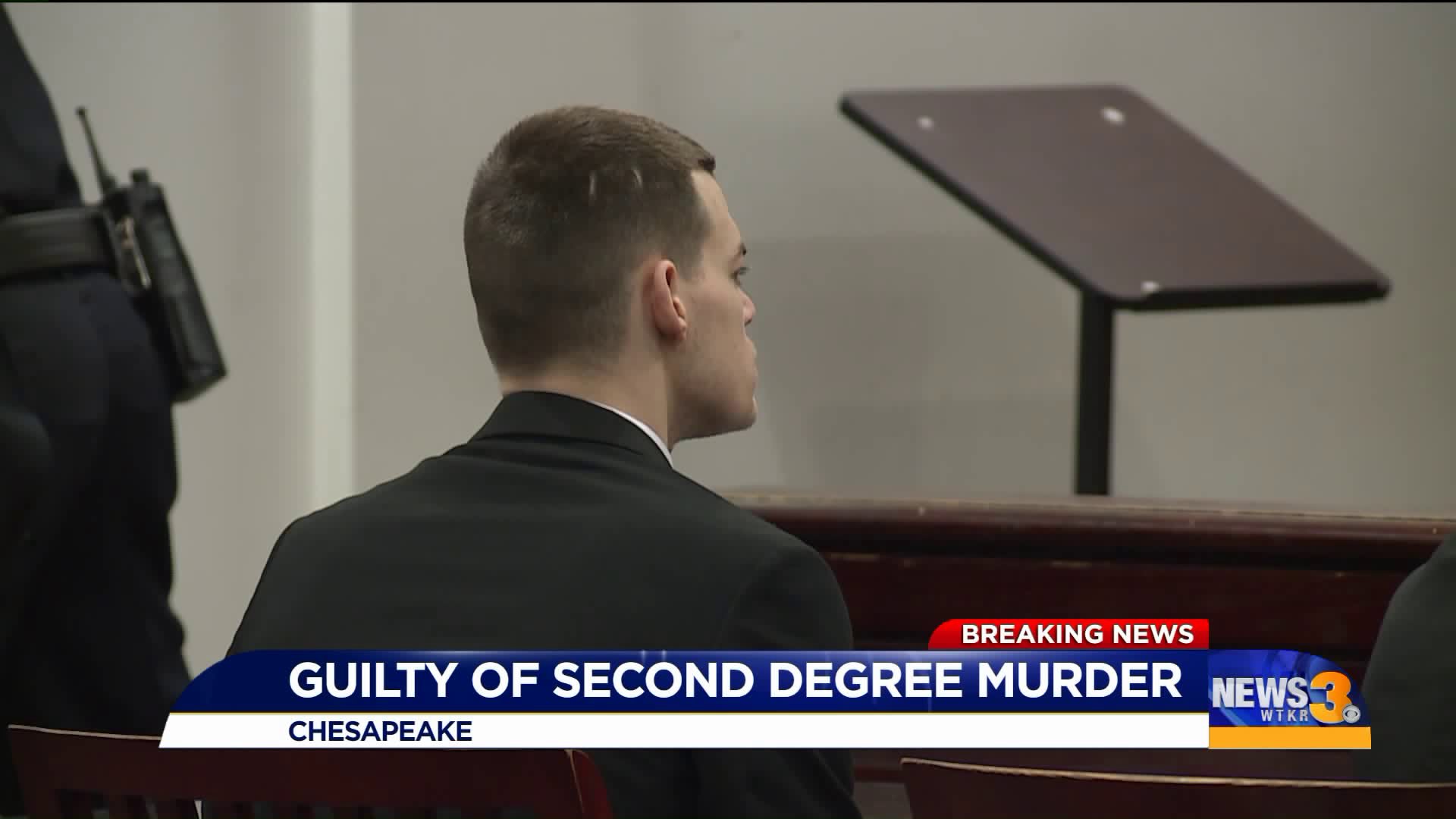 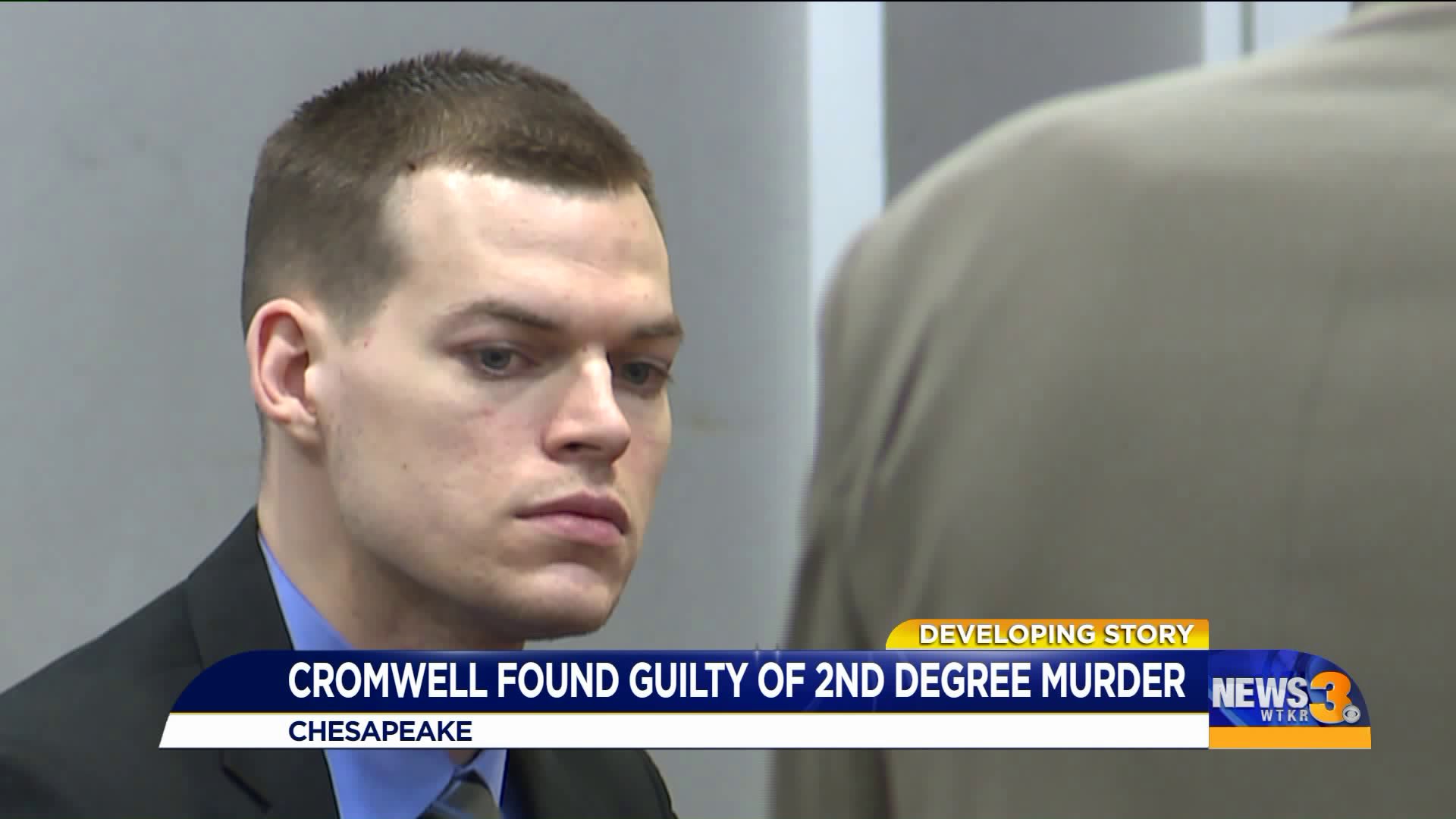 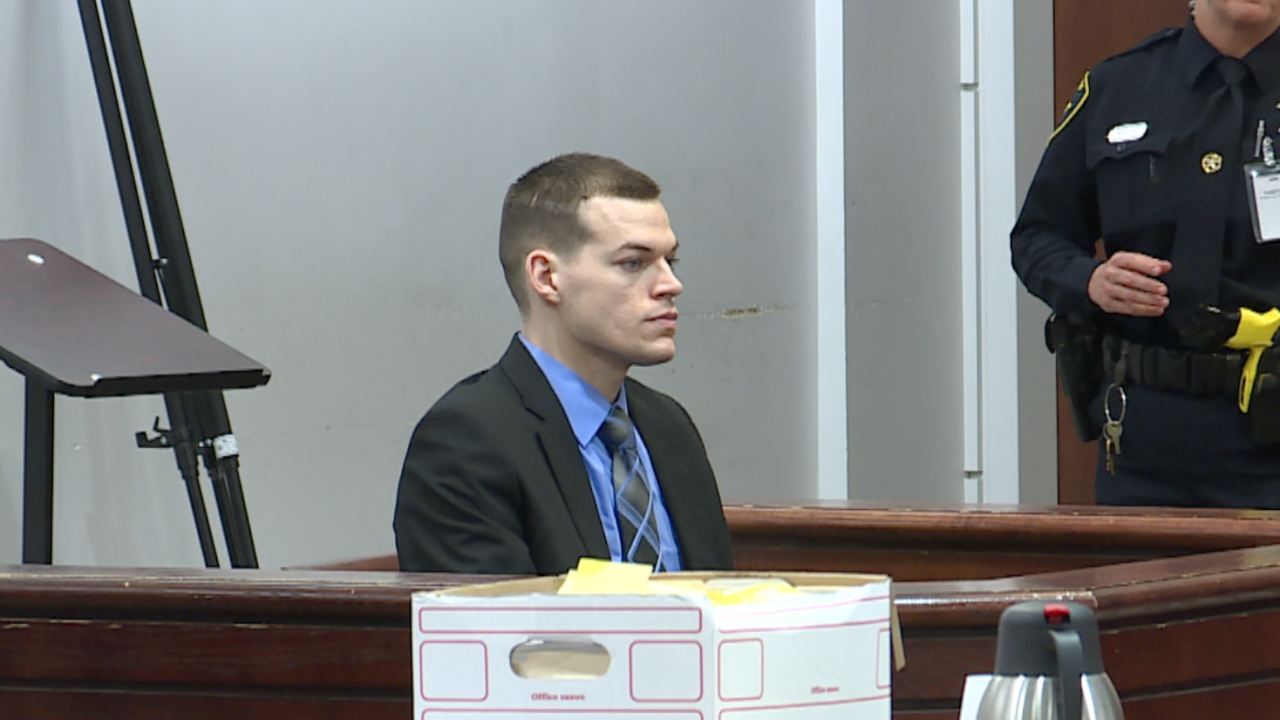 CHESAPEAKE, Va. – A 23-year-old Chesapeake man will remain behind bars after a 12-person jury finds him guilty of second-degree murder.

After a nearly two-week trial, a jury came to a verdict Friday afternoon and found Johnathan Cromwell guilty of second-degree murder and using a firearm to commit murder.

Chesapeake Police said a shooting on January 26, 2017, left 60-year-old Jiansheng Chen dead after Cromwell, working as an armed security guard in the Riverwalk neighborhood, fired at Chen, who was driving a dark blue minivan at the time.

Prosecutors have provided evidence to support Chen was playing Pokémon Go on private property near the clubhouse the night he was killed. Defense counsel maintains Cromwell has barred Chen from the area 10 days prior to this incident and they said Cromwell acted in self-defense because Chen was driving his car at Cromwell, who then fired.

Chen was shot at least five times. Ten rounds total were fired. Cromwell was licensed by the Virginia Department of Criminal Justice Services to be an armed guard and his company was hired to patrol Riverwalk and other areas.

Prosecutors said evidence shows Cromwell fired through the driver’s window initially and they told the jury Cromwell could have moved out of the way, but instead wanted to confront Chen and put himself in harm's way to do that.

Cromwell, through tears, told the jury his younger brother died four months before this incident after getting in a bad car accident. He said his fear that night was that his mother would have to bury another son.

"I think the judge and the attorney all did a good job," said Jenny Sung, a family friend of Chen. "We need to give credit to them; they really are very cautious, and we will see Monday."

Cromwell's lawyer, Andrew Sacks, didn't have much to say after the loss.

"It wouldn't be appropriate for me to comment because the case is still underway, but I will be back Monday morning to fight as hard as I can for Johnathan just like we fought for the last two weeks," Sacks said.

Some of Cromwell's family members were visibly upset in the courtroom after the judge read the verdict. Although they didn't want to speak on camera, they will be back in the courtroom Monday at 9 a.m. when the jury hears character witnesses testify and jurors recommend a sentence to the judge.

Cromwell faces anywhere from five to 40 years in prison.