A press briefing was held on Tuesday to discuss updated developments in the case.

Based on the information received by officials thus far, detectives are investigating her disappearance as an abduction.

New details reveal that Carver was on Airline Boulevard in Portsmouth and North Military Highway in Norfolk on the day she was abducted.

The investigation also revealed a possible suspect vehicle said to be a silver Chrysler, possibly a Chrysler 200 or a vehicle similar to that model. A vehicle matching that description was seen leaving Carver's residence the night of her abduction.

Detectives recovered a knife and blood evidence from her home, and it does not appear that Carver left on her own free will. 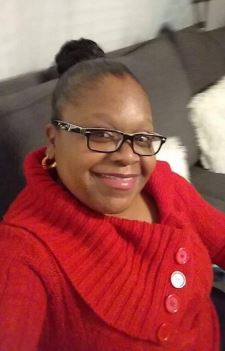 The Southampton County Sheriff's Office is continuing to work closely with the FBI to find new developments.

In the case, there are multiple persons of interest that the officials are working to identify and interview based on any recent contacts they may have had with Carver.

The FBI has established a dedicated tip line for information on Cynthia's whereabouts. Anyone with information is asked to contact (757)-609-2482.

Any information given will be made available to the detectives and agents working on the case. A new flyer has been distributed with the updated information.