Robot waiters and snail pizza: What US fast food brands do to please Chinese diners 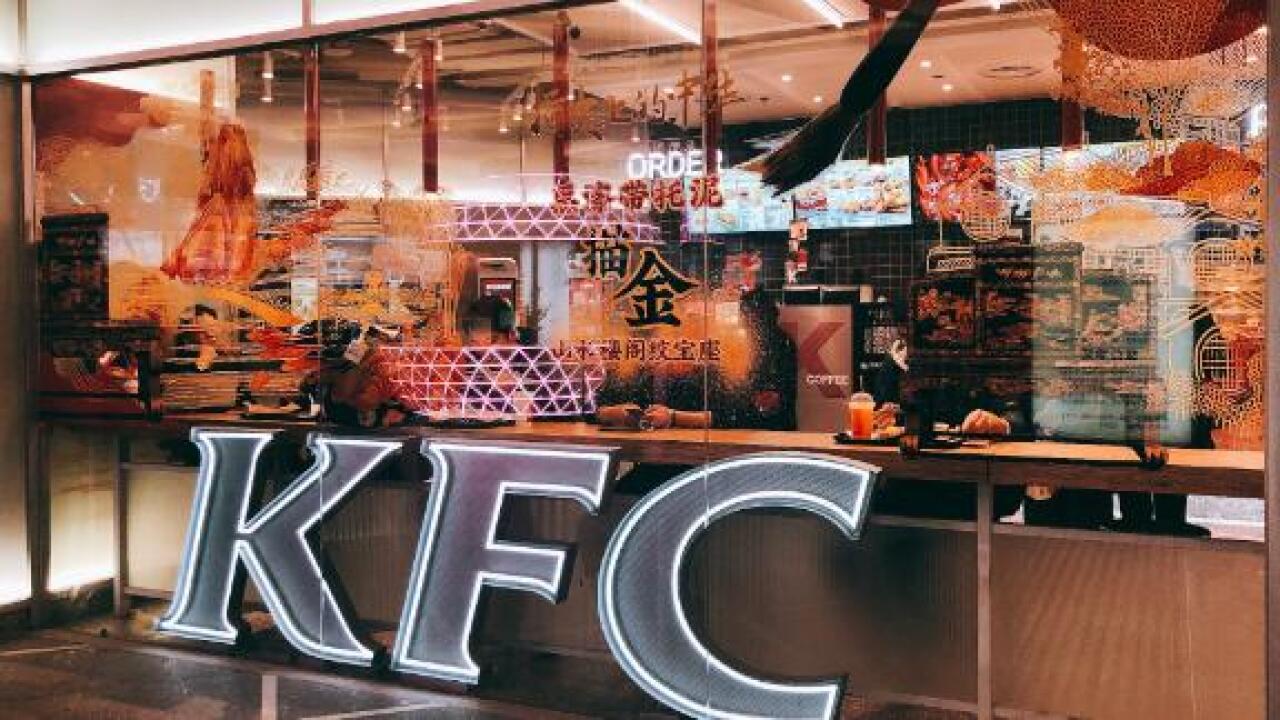 America’s fast food giants are having to work harder to win over diners in China.

With more than 1.3 billion people, the country has driven sales at the likes of McDonald’s and KFC in recent years. The Chinese fast food industry is now worth $131 billion a year, according to research firm Euromonitor.

But things are getting tougher as the world’s second biggest economy slows and diners demand more. The response has been glitzier restaurants, bigger menus — and some pretty weird food.

Related: Starbucks’ new 32,000-square-foot store in Tokyo is its biggest in the world

KFC is the biggest American fast food success story in China. The fried chicken chain entered the country more than 30 years ago, becoming its biggest player with 6,000 outlets. McDonald’s has about half that.

“By being the first Western fast food chain in China, it was an incredibly exciting offering purely by just being KFC,” said Andrew Atkinson, senior marketing manager at consulting firm China Skinny.

China is now the brand’s biggest global market, making up more than a quarter of global KFC sales. KFC’s operating profit in China grew 11% last year, according to the latest earnings from its parent company, Yum China.

Chicken wings have proved extremely popular in China, but analysts say KFC’s success has been sustained by catering to Chinese tastes. Its menu is full of local foods such as congee (rice porridge), Chinese-style egg tarts and bubble tea.

Many people in China now see KFC as “more of a Chinese than Western brand,” said Benoit Garbe, a senior partner at consulting firm Prophet based in Shanghai. The company has weathered setbacks in China, including a major food safety scandal in 2014 and a backlash against American brands in 2016.

It has also adapted to Chinese enthusiasm for ordering food for delivery or pickup on smartphone apps.

KFC’s Chinese mobile app has more than 160 million users. More than two-thirds of orders in China are paid for through smartphones, according to the company.

Starbucks had to learn fast about the importance of digital platforms for food and beverage brands. Facing fierce competition from local startup Luckin Coffee, which bases its business on online orders through its app, Starbucks teamed up with internet giant Alibaba last year to offer a similar service.

Pizza Hut is also owned by Yum China, but it has struggled to replicate KFC’s success.

Analysts say the brand has an image problem in China.

“If you were to ask young consumers in more sophisticated cities when they last had Pizza Hut, you’ll likely get a ‘maybe 10 years ago’ or ‘with my grandparents’ kind of response,” said Atkinson.

Yum China CEO Joey Wat said in December that the company is “not satisfied” with Pizza Hut sales and that profit margins at the business are likely to remain under pressure.

It’s now trying to fix things. Last year, Pizza Hut said that some restaurants would be fitted out with bars, open kitchens and larger dining areas to provide a more “modern and fashionable dining experience.”

“We are confident in our strategy and expect to see higher consumer satisfaction translating to improving performance in due course,” Wat said in December.

That might not be enough. Pizza Hut’s troubles reflect aggressive competition for Chinese consumers’ wallets, analysts say. In recent years, dining options for the middle class have exploded.

The US brand is up against the likes of Sichuan-style hot pot chain Haidilao and Japanese dining outfit Yoshinoya.

“If you go into any mall in China, there will be like 30 restaurants there. It’s crazily competitive,” said Jeffrey Towson, a business professor at Peking University. That leads to fierce rivalry, with restaurants trying to offer ever bigger menus.

“It’s expected in China that your menu will have 100 items and be half an inch thick,” said Towson. “You’re just in this never-ending race to improve.”

Taco Bell, meanwhile, hopes it will be second-time lucky in China. The Tex-Mex fast food chain initially pulled out of the country more than a decade ago, but it has been taking baby steps back in since 2017.

In its first attempt to crack China, Taco Bell largely cut-and-pasted its US offering, analysts say. With Tex-Mex cuisine still unfamiliar to many Chinese consumers, the restaurants fell flat.

This time around, the Yum-owned brand is taking a different tack. Taco Bell’s flagship restaurant is in one of Shanghai’s glitziest districts, surrounded by high-end fashion stores.

In America, Taco Bell competes with rivals like McDonald’s and Wendy’s. But analysts say the brand is targeting the premium end of the Chinese market.

“There are no $1 tacos to be found. It’s an upmarket experience,” Atkinson said.

Since coming back into China, the brand has opened only four restaurants. All of them are in Shanghai, China’s biggest city and financial center.

“We will focus on reaching critical mass and fine-tuning the model before rolling out further,” Wat said in December.

The key to success for Taco Bell may be playing down what it’s typically known for elsewhere. Out go ingredients popular in the United States, like refried beans and gooey cheese. In come more exotic offerings, like crayfish tacos and Japanese beer.

But for some experts, even that may not be enough for Taco Bell to succeed in China.

“You can’t get around the fact that burritos just aren’t that popular in China,” said Towson.