The second elevator, AWE Upper Stage #3, was turned over to the ship February 14.

The first elevator, AWE Upper Stage #1, was turned over December 21, 2018 at Newport News Shipbuilding, where the ship is currently in a post-shakedown availability.

Getting the elevators to this point has been a point of contention and delays for the first-in-class Ford. Unlike the Nimitz-class carriers which use cables for movement, the Ford-class elevators are using electromagnetic motors, which the Navy says allows for greater capacity and movement of weapons.

As more elevators come online, Sailors on the Ford are getting the chance to become acquainted with the technology.

“This gives us more time to learn and become subject matter experts,” Ford Weapons Officer Commander Joe Thompson said in a release. “All of us are learning on brand new systems and brand new concepts. This acceptance gives us the opportunity to have that ‘run time’ on the physical aspects of the elevator, but also in evaluating the technical manuals, and learning the maintenance required to keep them operational.”

The second elevator to be accepted is located in the aft weapons handling area, while the first was in the forward area. The dedicated weapons handling areas between the hangar bay and flight deck are unique to the Ford, which reduces weapons movement to various staging and build-up areas.

“From a weapons safety perspective, this is a huge advantage,” Thompson said. “We have two dedicated locations that are not on the flight deck or in the hangar bay that have 24-7 overhead sprinkler coverage and the ability to jettison in the case of an emergency. To have these locations that allows us to operate without interfering with flight operations or in the hangar bay makes our ship that much safer.”

The Navy says they are on track to have all 11 elevators on the Ford operational by this summer. 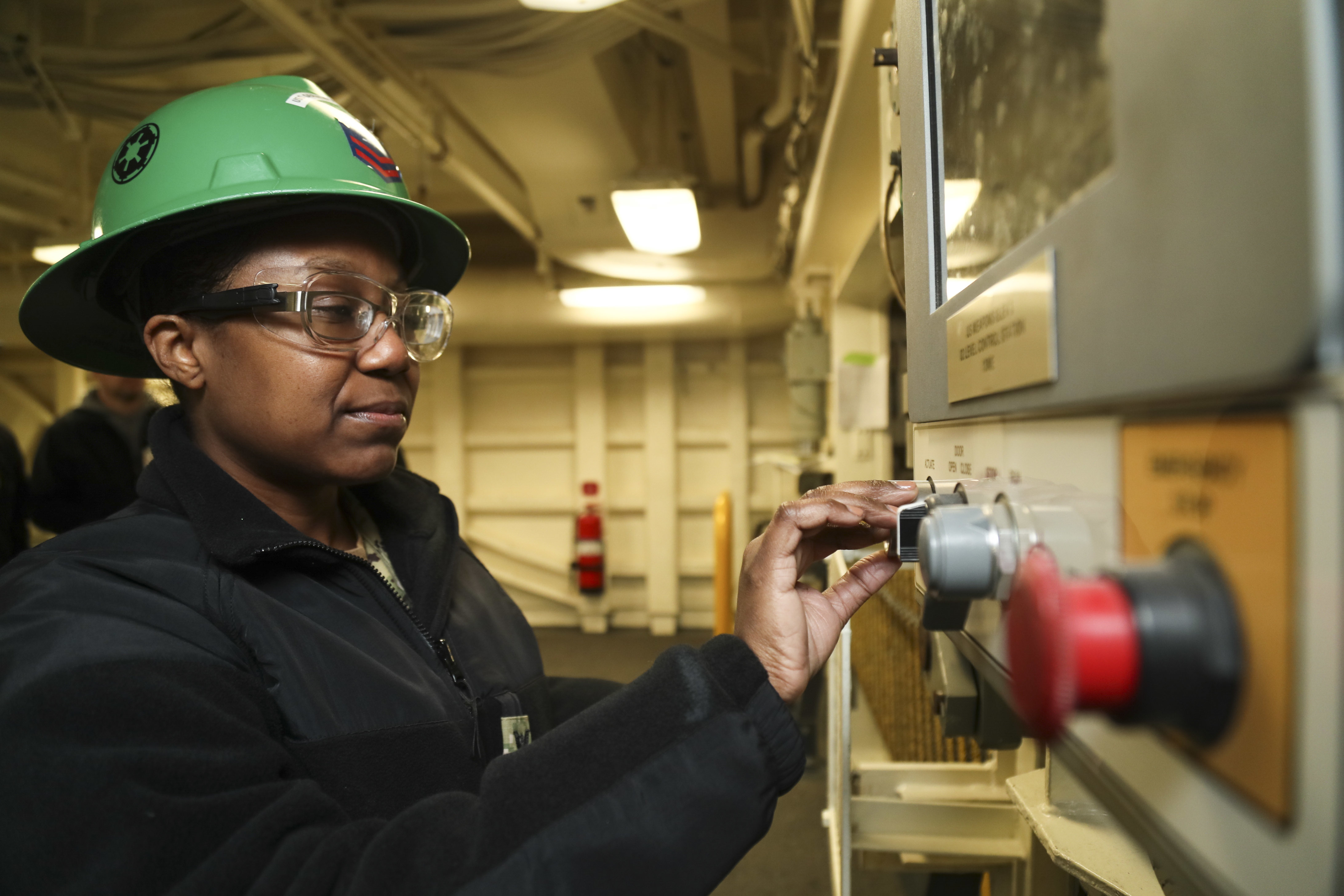