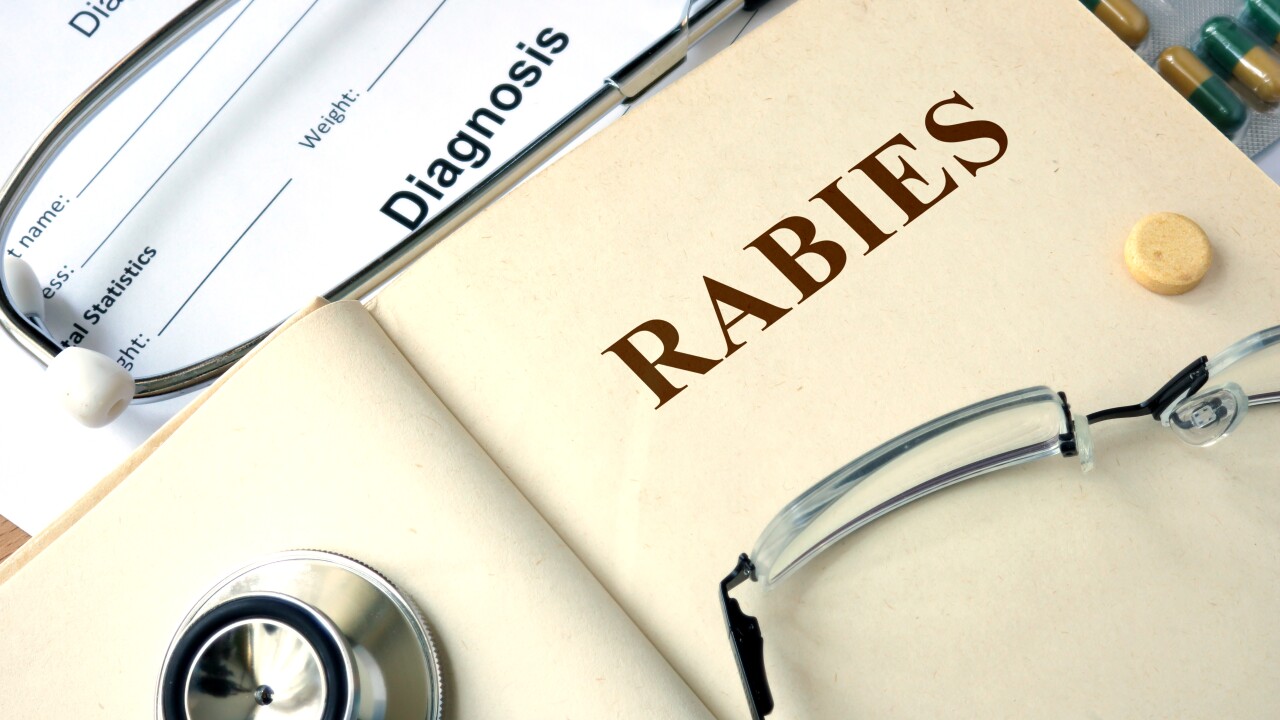 Word Rabies on a paper and pills on the wooden table.

According to the health department, the dog, which was unvaccinated, was taken to the Cape Charles Animal Hospital Monday after becoming seriously ill. The dog was determined to be exhibiting rabies symptoms, and was euthanized.

Posthumous tests by the Northampton County Health Department showed that the dog tested positive for rabies.

Rabies alert notices were distributed to all nearby residences, and all people known to have been exposed to this pet are being treated. However, anyone who had contact, or whose pet had contact, with a dog meeting this description in the Wilkins Drive Area at any time since February 20 is asked to contact the health department at (757) 442-6228.

Eastern Shore Health District Environmental Health Supervisor Keith Privett reminds residents to keep all pets vaccinated against rabies; to keep all pets on your own property and not allow them to roam; to avoid contact with stray or unknown pets as well as wildlife; and to report all animal bites to the local health department or sheriff’s office.