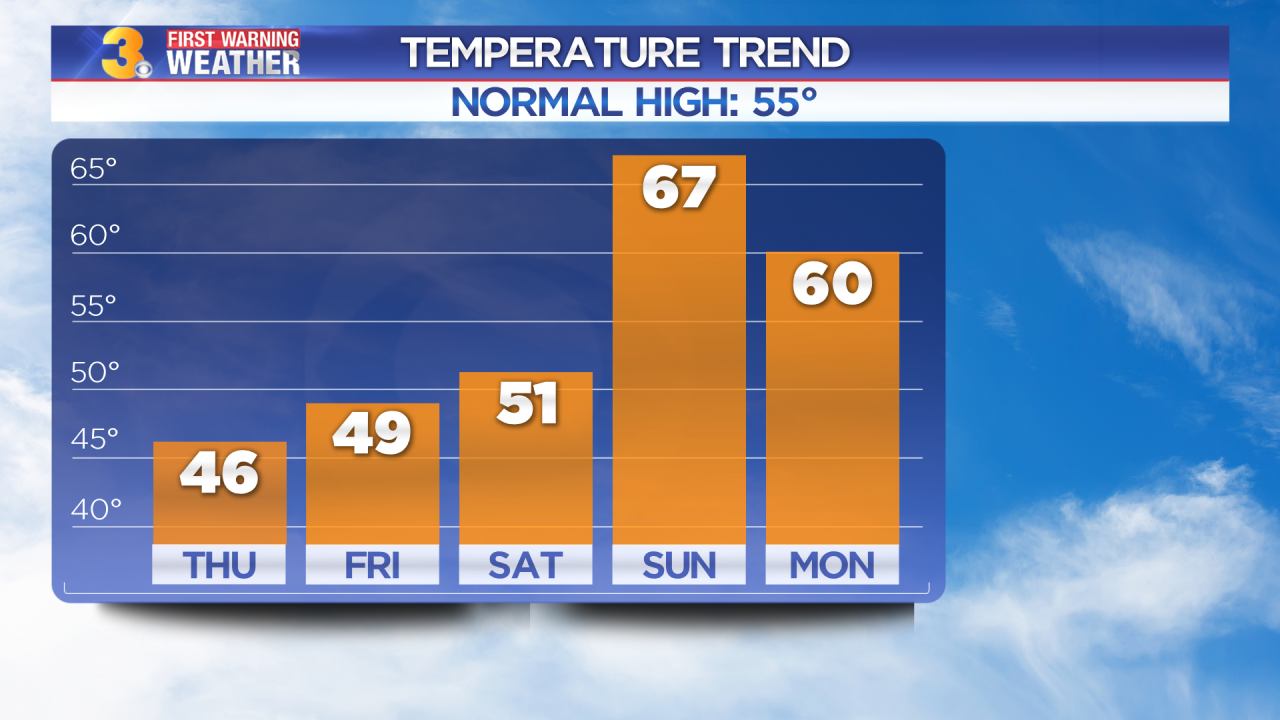 *** Flood Warning for the Nottoway River near Sebrell in Southampton County. Minor flooding is occurring and the river will continue to fall to below flood stage by this evening.

*** Flood Warning for the Roanoke River in Northampton County. The river near Scotland Neck will remain steady near 29.9 feet for at least the next several days. Flood stage is 28.0 feet.

Warming up and tracking rain… High temperatures will take a small step warmer this afternoon, into the mid 40s, still about 10 degrees below normal for this time of year. Expect mostly sunny skies this morning with clouds building in this afternoon. Clouds will continue to build in tonight, partly to mostly cloudy skies. Temperatures will drop into the 30s tonight, close to freezing by Friday morning.

We will see mostly cloudy skies on Friday with showers moving in for the afternoon and evening. Highs will step to the upper 40s tomorrow.

High temperatures will sneak into the 50s on Saturday with partly cloudy skies. Rain chances will be low for most of the day. Sunday will be much warmer but soggy. Highs will climb into the mid and upper 60s on Sunday, about 10 degrees above normal. We will see mostly cloudy skies with showers. Rain could be heavy at times with an isolated storm possible.