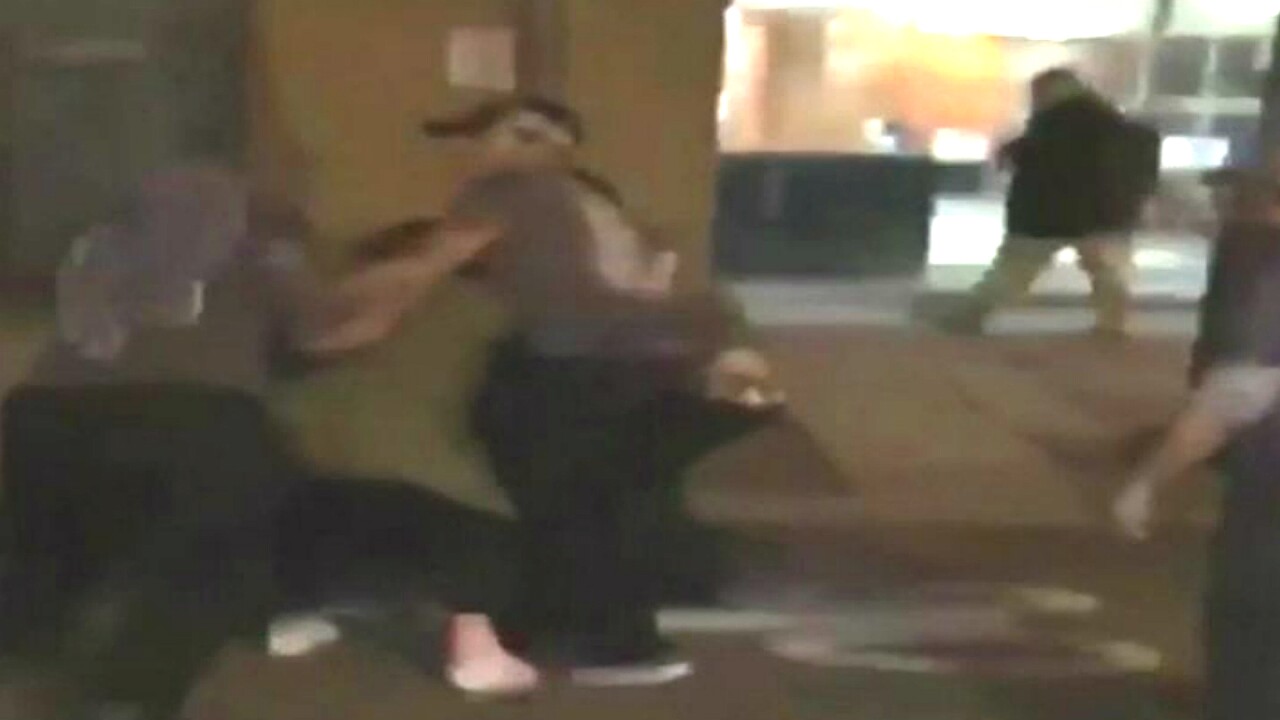 PHILADELPHIA – A Taco Bell beatdown was captured on video. Taco Bell is taking action but the criminal investigation is just getting started, KYW reports.

Bryan Reese is the guy in blue on the ground. Video shows six people wearing Taco Bell uniforms surrounding him, one holding him down as the others serve up punches to his side.

After he gets up, the employees then deliver blows to his girlfriend Ali’s face.

It all happened on Chestnut Street near 10th, in front of the Center City location.

“I just stopped by the Taco Bell to pick some friends up who were getting food at the end of the night,” Reese said.

Nearly an hour earlier, their friend, who shot the video, had ordered a cheesy gordita. Reese says the restaurant was packed and everyone was waiting for their food and tension was building between the workers and the customers.

“They knew everybody was upset, they seemed to be upset too,” Reese said. “They said that Grubhub was the reason that nobody was getting their orders. They were inundated with Grubhub orders and that took precedence.”

And, then suddenly, Reese says the brawl broke out.

“When the complaints kept coming in, somebody just snapped and they came after me,” Reese said.

Philadelphia police say they are investigating not only this incident, but a second fight between a delivery person and Taco Bell employees at the same location, about the same time, just days later on March 3.

In a statement, a spokesperson for the chain says the company is shocked and disappointed, also pointing out the franchisee is retraining staff and the six team members in the video have been fired.

“We’re shocked and disappointed to see this situation; we and our franchisees do not tolerate this behavior. The franchisee who owns and operates this location is retraining its staff, and all team members involved have been terminated,” the spokesperson said.

KYW spoke with the manager on duty at the restaurant, who would not even say if the workers in the video are still employed.

“Taco Bell was not helpful in my obtaining the people’s names so we could have them arrested so we could press charges. I gave them a little over a week and they were not responsive,” Reese said.

Reese says he’s glad the video is out and finally getting attention.

“Nobody deserves what happened to me and people need to understand there are repercussions for their actions,” Reese said.

Reese says he decided to release the video after reaching out to corporate Taco Bell, but the only response he got was an offer for a $20 gift card.