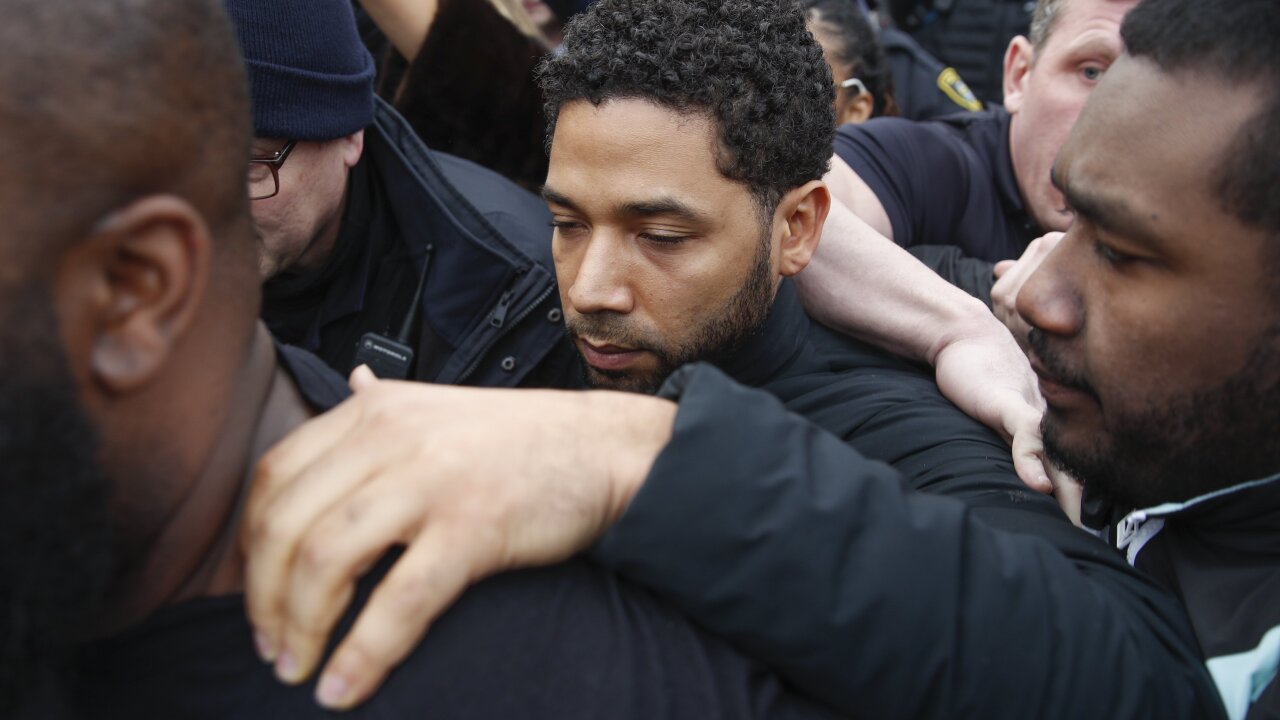 It’s been a week since Jussie Smollett was arrested, charged with a felony and subsequently released after paying a $10,000 bond. Now the rest of his legal case awaits — and his career with it.

“Jussie Smollett knew that at the time … there was no reasonable ground for believing that such offenses had been committed,” according to the indictment, which expands the case against Smollett.

CBS Chicago says the counts focus on allegedly false statements Smollett made to two different Chicago Police officers. Each count covers separate alleged acts that he falsely described to police, including that two men hit him, yelled racial and homophobic slurs at him and poured a chemical on him.

However, officers now believe he orchestrated the attack in a bid for publicity.

Smollett has denied any involvement in orchestrating an attack.

Smollett was charged in February with felony disorderly conduct. The judge granted a $100,000 bail, and Smollett paid a $10,000 bond. He was ordered to give up his passport and will remain under supervision until his case is adjudicated.

“Like any other citizen, Mr. Smollett enjoys the presumption of innocence, particularly when there has been an investigation like this one where information, both true and false, has been repeatedly leaked. Given these circumstances, we intend to conduct a thorough investigation and to mount an aggressive defense,” Smollett’s attorneys said in February.

The producers behind “Empire” decided to remove Smollett’s character, Jamal, from the final two episodes of the season. The decision was made to “avoid further disruption on set,” producers said.

A spokesperson for Fox said Friday the company has no comment.

Click here for our full coverage on the Jussie Smollett case