Here’s what Gayle King was thinking during the R. Kelly interview 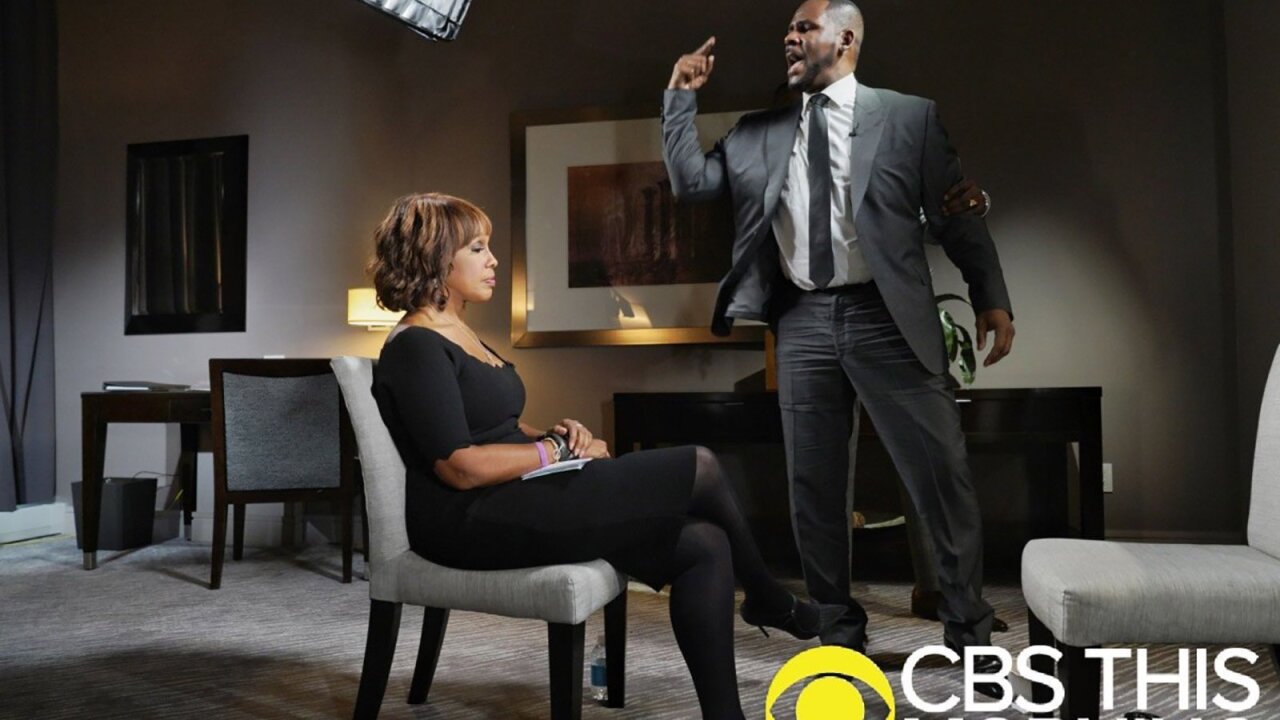 Two women whose families say they are being controlled by singer R. Kelly have spoken out in his defense in an interview with CBS.

Others may have worried for her safety during her volatile interview with R. Kelly, but Gayle King wasn’t concerned.

King sat down with the embattled singer for a CBS interview, which has already sparked memes because of his emotion and her calmness.

Kelly cried, yelled, ranted and rose from his seat during the interview, portions of which which aired this week on “CBS This Morning.” The interview has also been packaged for a primetime special set to air Friday night.

King talked to longtime BFF Oprah Winfrey’s magazine about the experience and said she was not afraid.

“I never thought he was going to hit me,” King said. “After, Oprah and my kids Kirby and Will called me to ask if I was okay because it looked scary. But I was never worried he was going to hurt me.”

Two women whose families say they are being controlled by singer R. Kelly have spoken out in his defense in an interview with CBS.

Rather, King said she was more concerned that Kelly might stop the interview.

“So what I was really thinking to myself was: I’m not done with this interview, so I’m going to let him have his moment,” she said. “If I stood up even to comfort him, that could have been his invitation to say ‘This is over.’ So I didn’t interrupt his anger and let him have that.”

King said Kelly was so upset that she “did worry at some points that he might accidentally hit me, because he was so angry that he was flailing.”

“But I knew that I wasn’t in any real danger,” she said. “I just kept thinking ‘Okay, Robert, go ahead’ and that’s what I said.”

King talked to him and to two women whose parents accuse Kelly of controlling their daughters.

The singer, 52, has denied all allegations of any wrongdoing, and the women, Azriel Clary, 21, and Joycelyn Savage, 23, defended him during the interview.

King appeared on “The Late Show with Stephen Colbert” in an interview that aired Thursday and said she met with Kelly 15 minutes before the interview started to introduce herself and make sure he was feeling comfortable.

Colbert asked her what she was thinking in the now-viral moment when Kelly stood up and angrily gestured over her as she sat composed, an image she acknowledged looks a bit “menacing.”

“I could see him getting more heated,” she said. “He was upset with me about some of the questions, that’s ok, he was a little irritated, that’s ok.”

The picture, she said, was taken by her makeup artist, who King said she did not even realize was in the room.

Her main concern, King told Colbert, was keeping Kelly calm and talking, given that he has stormed out of interviews before.

“I thought if I just sit there quietly looking at him he would know I’m not going anywhere and I’ll just wait for you to finish whatever this is and then you’ll sit back down in the seat,” she said. “And he did that.”

Click here for our full coverage on the R. Kelly allegations.