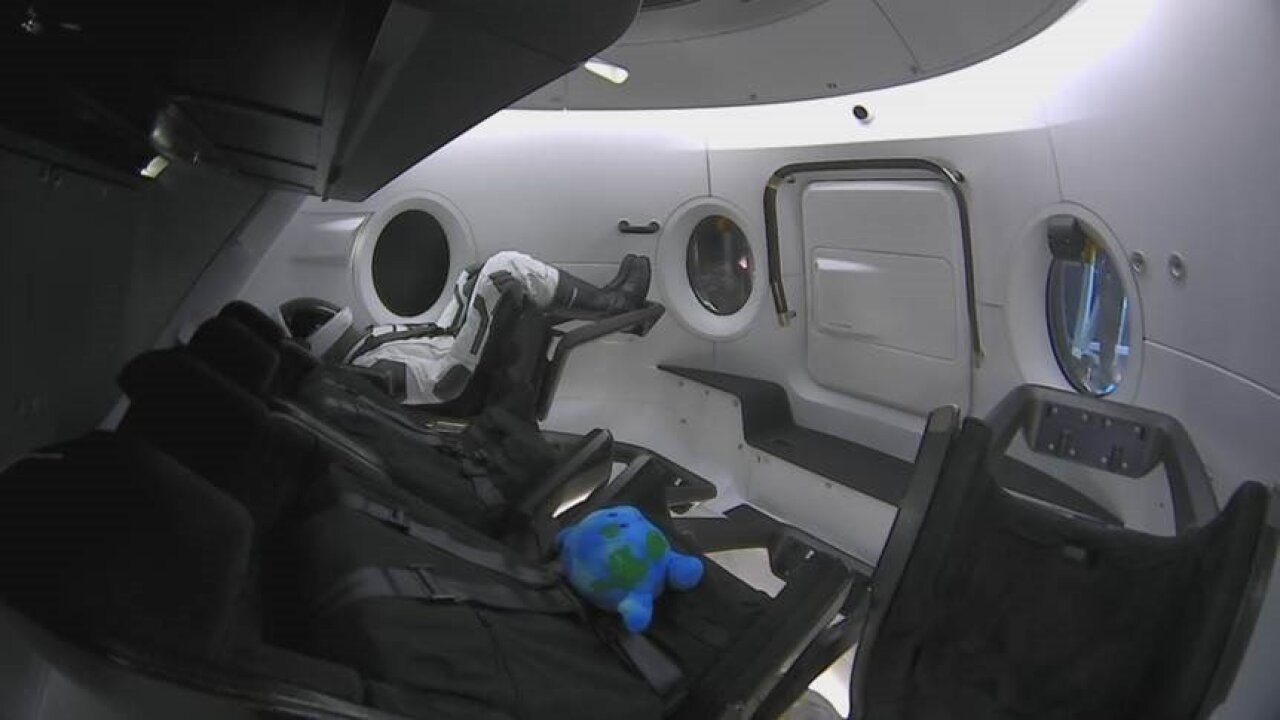 NASA officials confirmed around 2:30 am ET that the capsule successfully detached from the space station. Crew Dragon is currently whirling through orbit and is scheduled to splash down in the Atlantic Ocean around 8:45 am ET after spending six days in space for the uncrewed demonstration mission.

The capsule launched atop a SpaceX Falcon 9 rocket early Saturday morning. It was carrying about 400 pounds of supplies for the ISS and a space-suited dummy named Ripley, which is “fitted with sensors around the head, neck and spine to record everything an astronaut would experience throughout the mission.”

Also aboard Crew Dragon was a “zero-g indicator,” or a plush globe otherwise known as Little Earth, that was put on board to demonstrate when Crew Dragon entered microgravity. The toy has since made appearances in several photos with the astronauts aboard the ISS while they completed routine tasks this week.

Little Earth and the new supplies will stay on the space station, while Ripley and about 300 pounds of return cargo, including a broken spacesuit part, are headed back home on Crew Dragon.

Completing the test mission on Friday will bring SpaceX’s Crew Dragon one step closer to flying humans — and ending the United States’ years-long reliance on Russia to fly NASA astronauts to and from the ISS. The capsule is SpaceX’s first that is designed to carry humans.

NASA has been unable to fly its own astronauts since the final Space Shuttle retired in 2011, after which the space agency turned to the private sector to develop the next generation of human spaceflight hardware.

SpaceX and Boeing, which is building a vehicle called Starliner, have contracts worth up to $2.6 billion and $4.2 billion, respectively. NASA hoped their spacecrafts would start flying in 2017. Both SpaceX and Boeing have been hampered with delays — but 2019 could be the year they start flying crew.

Government officials still have safety concerns about both spacecrafts, according to a recent Reuters report and documents from NASA’s safety advisory panel, all of which will need to be resolved before they can fly humans.

But Elon Musk’s space exploration company is one step ahead of Boeing, as it will get key data from this demo mission to make final adjustments ahead of its inaugural crewed flight.

Crew Dragon also aced a key NASA review ahead of launch, and the space agency hasn’t reported any issues with the mission thus far.

The spacecraft will need to make a safe descent on Friday. The landing technique will be unique to SpaceX, as both Russia’s veteran Soyuz capsule and Boeing’s forthcoming Starliner are designed to land on terra firma rather than at sea.

A final key test on Crew Dragon’s emergency abort system is scheduled for June. And the first crewed mission, which will carry astronauts Doug Hurley and Bob Behnken, is slated for July, according to NASA’s most recent schedule.

The timeline for Boeing’s Starliner is not as clear. It’s slated to fly its first uncrewed demo mission no earlier than April.