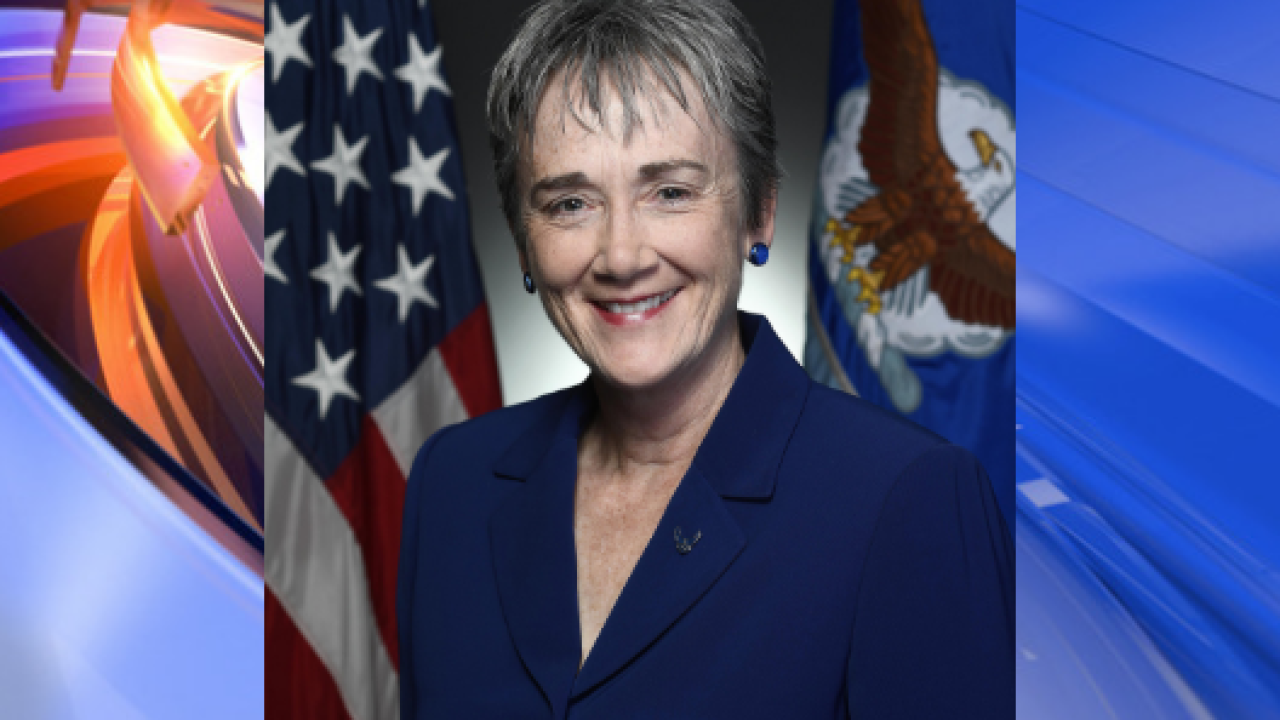 Air Force Secretary Heather Wilson is planning to resign and return to academia in the weeks ahead, according to a senior US official directly familiar with her thinking.

Air Force Secretary Heather Wilson has resigned and plans to return to academia in the weeks ahead.

In a Friday letter to President Donald Trump, which has been obtained by CNN, Wilson says she will resign her position “effective May 31,” saying this “should allow sufficient time for a smooth transition and ensure effective advocacy during upcoming Congressional hearings” on the Air Force’s budget.

“It has been a privilege to serve alongside our Airmen over the past two years and I am proud of the progress that we have made restoring our nation’s defense. We have improved the readiness of the force; we have cut years out of acquisition schedules and gotten better prices through competition; we have repealed hundreds of superfluous regulations; and we have strengthened our ability to deter and dominate in space,” Wilson said in her letter.

“I very much appreciate the opportunity to have served. I remain a strong advocate for our nation’s defense and an Airman for life,” she added.

A senior US official familiar with her thinking told CNN of her intent to resign earlier on Friday.

The official insisted Wilson’s resignation is not related to any issues at the Pentagon.

Wilson had long been skeptical of Trump’s plans for a separate branch of the military devoted to space as much of the new organization would be formed from pre-exiting Air Force units.

Following the resignation of James Mattis, her name had been floated as a possible Secretary of Defense as well with several Senators issuing statements of support for her being tapped to run the Pentagon.

Defense officials have previously told CNN that Wilson had clashed with the current acting Secretary of Defense Pat Shanahan, who is also seen as a top contender for the job.

They offered sharply different estimates of the cost of setting up Trump’s Space Force.

Prior to joining the Trump administration, Wilson was president of the South Dakota School of Mines and Technology.

She was also a Rhodes Scholar and former Air Force officer.