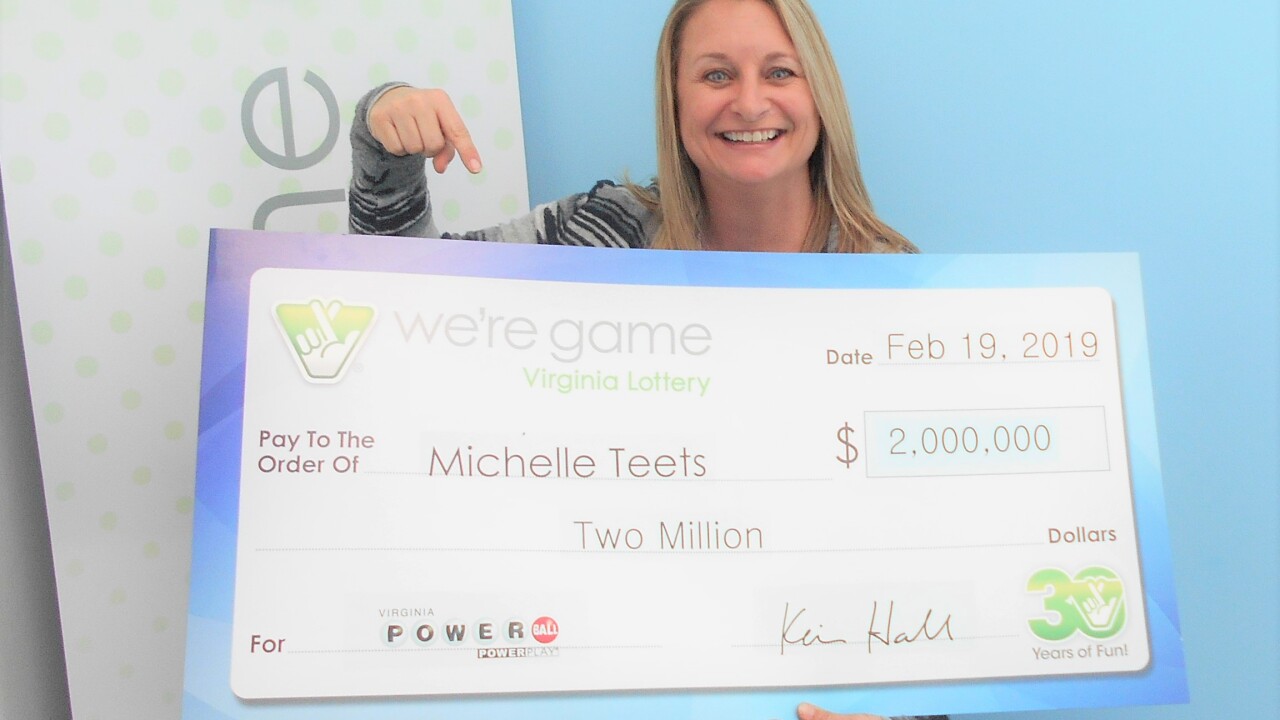 Michelle Teets won the Feburary 16 Powerball drawing, matching the first five winning numbers and missing only the Powerball. Normally, that would net her $1 million, but she spent an extra buck for Power Play that increased her prize.

“I can’t believe it!” Teets said as she claimed her prize. “It’s super hard to process!”

The winning numbers for the drawing were 29-30-41-48-64, and the Powerball number was 1. She allowed the computer to randomly select her ticket’s numbers.

Teets, who works in the construction industry, said she has no immediate plans for her winnings.