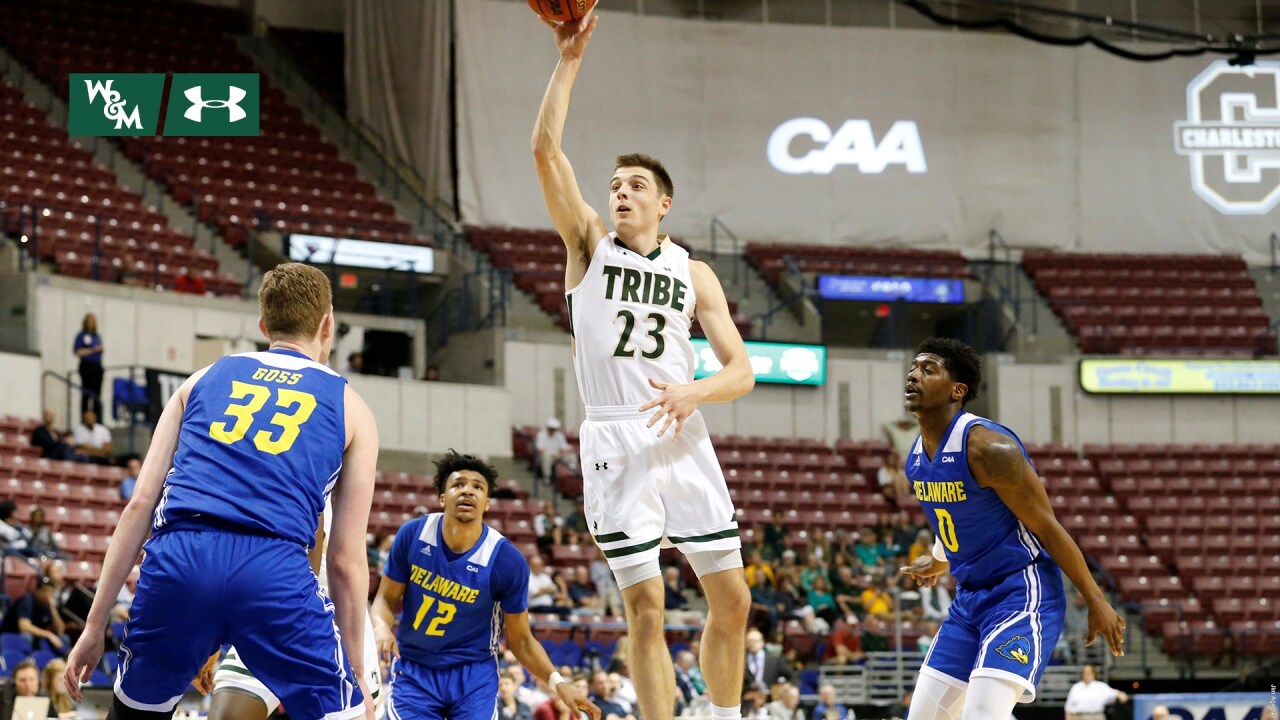 NORTH CHARLESTON, S.C. (Tribe Athletics) – ‘A tale of two halves,’ is a common adage in the game of basketball but Sunday’s Colonial Athletic Association Quarterfinal between William & Mary and Delaware epitomized the phrase.

The Tribe owned the first half, but the Blue Hens rallied behind 3-point sharp-shooting in the final 20 minutes to advance to the semifinals, 85-79, at the North Charleston Coliseum.

Delaware caught fire from long range in the final 20 minutes to erase the deficit. As a team, the Blue Hens connected on 10-of-15 from long range led by the guard duo of Ryan Allen and Ithiel Horton. The tandem combined for 37 second-half points on 8-of-10 from distance.

Allen, who was limited to just two points in the first half, erupted for 21 in the final 20 minutes. He scored 11 points during the Blue Hens game-changing 16-1 run in the second half, including back-to-back 3-pointers to give UD the lead for good, its first advanced since 56 seconds into the game at 3-2.

W&M tried to rally late with cutting into an eight-point UD lead with an 8-2 run. Pierce started the stretch with top-of-the-key 3-pointer and Milon canned a right-wing triple to close the deficit to 81-79 with 43 seconds remaining. On the ensuing UD possession, the Tribe pressured in the halfcourt but Delaware’s Darian Bryant knocked down the dagger from the right wing with just 17 seconds left.

Pierce turned in a season-high 26 points on 9-of-17 shooting, including 3-of-8 from 3-point range, and a perfect 5-of-5 at the free throw line. He just missed a double-double finishing with nine rebounds and five assists. Knight flirted with a triple-double tallying 21 points, 11 rebounds and a career-high seven assists to go with four blocked shots.

Horton finished with 26 points for the Blue Hens, while Allen added 23.