PORTSMOUTH, Va. - At around 8:10 p.m., the Portsmouth Fire Rescue and Emergency Services were on the scene of an apartment fire in the 100 block of Beacon Road.

Fire officials immediately responded to the scene and noticed heavy fire in the rear of the location upon arrival.

Firefighters then conducted an aggressive search and rescue operations in coordination with fire extinguishment to limit the spread of fire.

Officials also say that three occupants who had self-rescued from the fire were transported to Norfolk General Hospital with minor injuries.

No other injuries have been reported at this time.

Nathaniel Correa lives two doors down from where the fire started. He says he made sure his neighbors and a dog trapped inside one of the burning homes made it out safe.

"We went over there to make sure all the kids and everybody that was coming out was good," explained Correa.

"We made sure everyone was gone. The kitchen was lit up in flames,  then we came out to go back to my house to make sure all of my kids got out and we realize that the dog in 103 was still up against the wall that was burning over here,  so I just kicked the door in and dragged his cage out of the house," he says.

The Correa family created a GoFundMe page to help replace the belonging lost in the fire for their family of eight.

The fire is currently being investigated by the Portsmouth Fire Marshal’s Office. 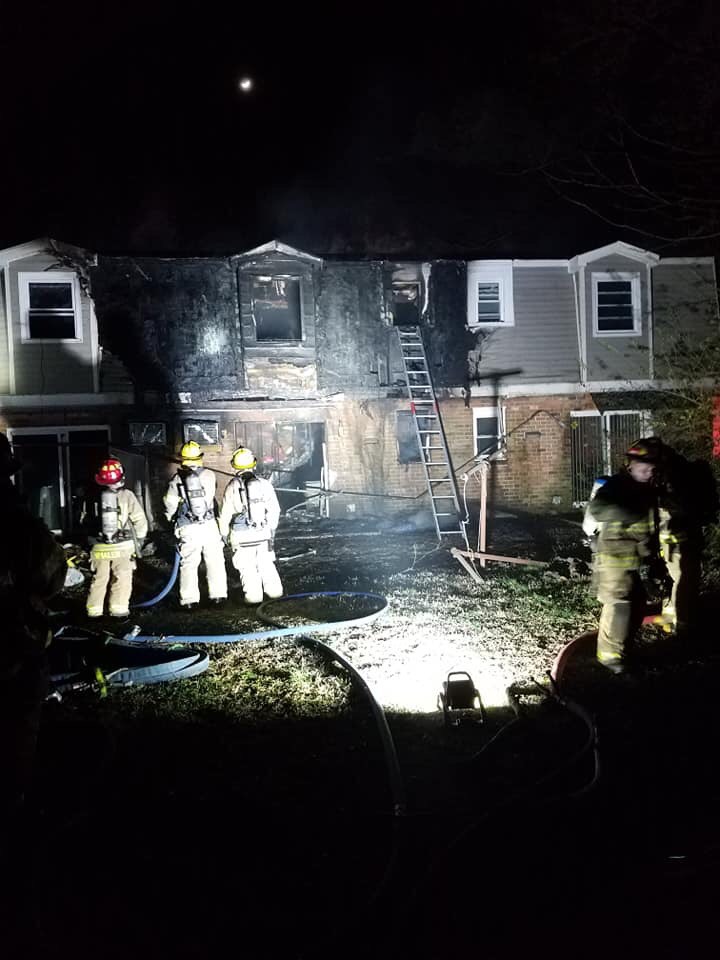