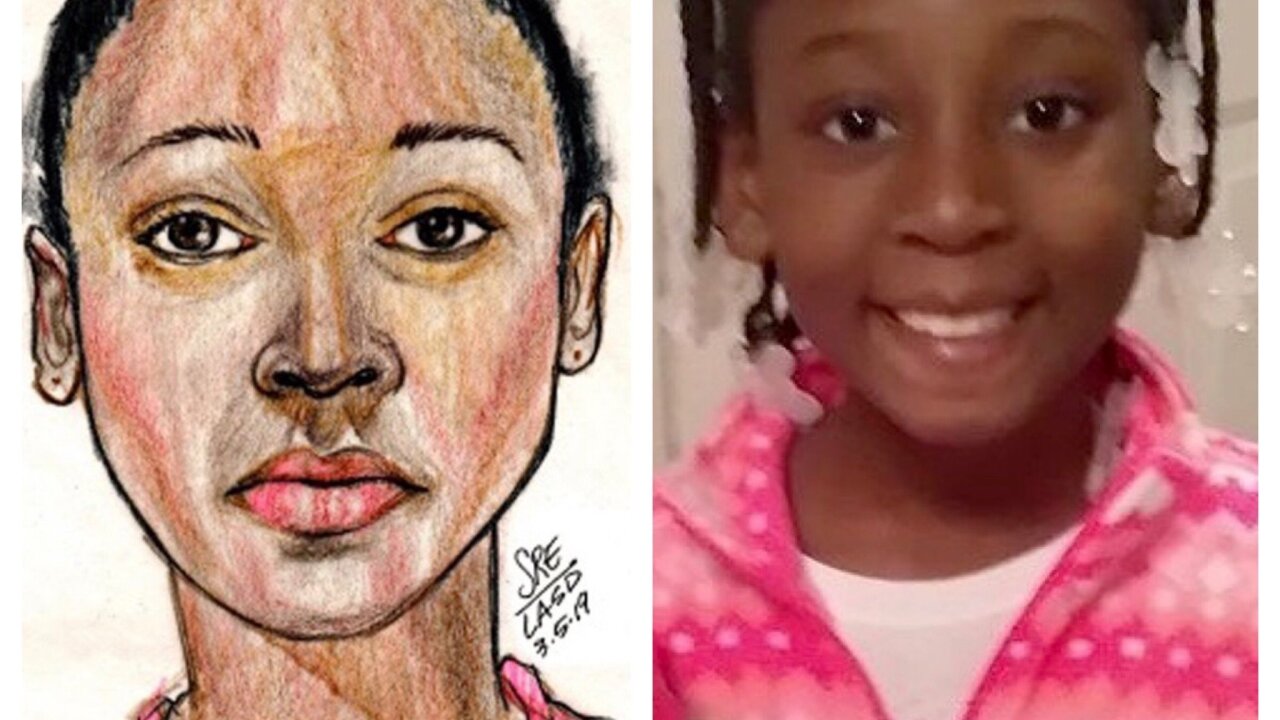 California police have identified the girl whose body was found inside a duffel bag near an equestrian trail last week.

“Although the Coroner’s Office determined the death to be a homicide, the cause of death is being withheld,” the sheriff’s department said. “Investigators have detained two persons of interest in this case and they are actively continuing their investigation.”

After learning her identity, relatives arrived at a memorial to the girl — established where her body had been found in Hacienda Heights, CNN affiliate KTLA reported.

Antonio Jones told the news station that Trinity was his youngest daughter and had been “full of character, full of life, full of joy.”

The girl was found Tuesday morning in the area south of Hacienda Boulevard and Glenmark Drive, just below a Buddhist temple, according to police.

Her head and upper body had been protruding from the partially zipped roll-away black duffel bag.

Last week, Los Angeles County Sheriff’s Lt. Scott Hoglund said authorities believed the girl had been left the evening of March 3 in light brush by the trail. But it was not clear if she was dead or alive at the time.