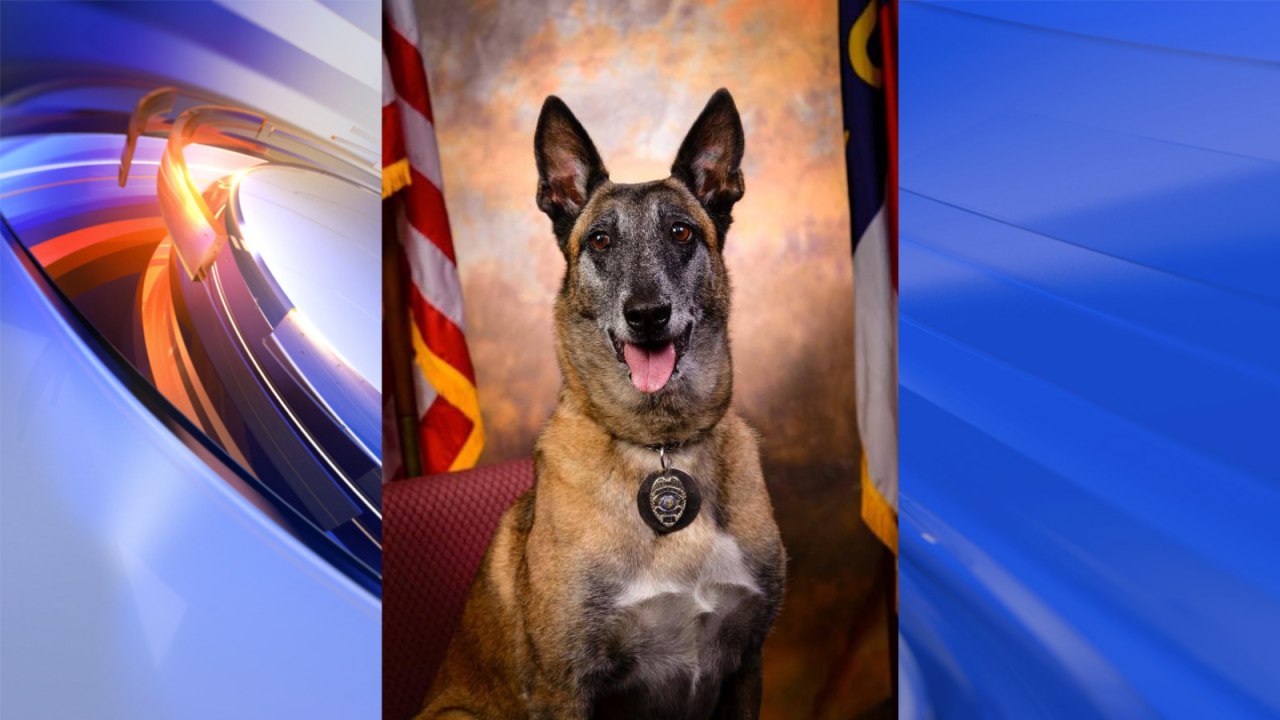 She had specialized training in the detection of illegal narcotics, evidence and property recover, tracking of suspects and missing persons, apprehension of suspects, and obedience.

Ire performed a number of vehicle and residential narcotic searches during her career and successfully found large amounts of narcotics such as marijuana, cocaine, heroin, and methamphetamine.

She also performed demonstrations at special events, including National Night Out and Red Ribbon Week at the schools.

The Kill Devil Hills Police Department said she had a very successful career with the, but retired in December 2013 due to a torn ACL in her back right leg.

She was enjoying her retirement with former handler Police Sgt. Lee Twiddy until her unexpected passing on March 5.