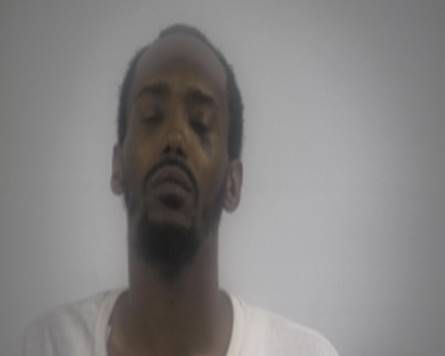 Court records and evidence presented at the trial revealed that 37-year-old Terrence Dennis of Norfolk and 36-year-old Michael Guess of Newport News, caught the attention of law enforcement when they walked into an ongoing surveillance operation by a Homeland Security Investigations Task Force.

After deciding to observe Guess, who was the driver, and Dennis, who was in the passenger seat, Guess failed to obey a stop sign, and agents attempted a traffic stop for the minor infraction.

Guess accelerated and led the task force on a high-speed pursuit through Hampton and Newport News while his co-conspirator Dennis threw a loaded firearm and 33 grams of heroin out of the passenger window.

Once they were detained, additional controlled substances and evidence of narcotics distribution was seized. The loaded firearm and heroin jettisoned during the chase were also recovered.

“Armed drug traffickers pose serious threats to the safety of our communities,” said G. Zachary Terwilliger, U.S. Attorney for the Eastern District of Virginia. “The tactical acumen and flexible execution demonstrated by the joint task force in this case is testament to its keen leadership and depth of experience. Through quick thinking, decisive action and fluid coordination, a simple surveillance operation suddenly escalated into an unexpected but successful vehicle interdiction and drug trafficking arrest. This investigation and prosecution would not have been possible absent the critical partnerships we have formed with our local and federal law enforcement partners. My thanks to Homeland Security Investigations, and the Hampton and Newport News Police Departments for their outstanding work on this case.”

Dennis, who was also convicted of being a felon in possession of a firearm, faces a mandatory minimum sentence of five years to life imprisonment consecutive to any additional sentence imposed for his multiple convictions when sentenced on June 19.

Guess faces a maximum penalty of 20 years in prison come his sentencing on June 20. Actual sentences for federal crimes are typically less than the maximum penalties.

“Narcotics. Guns. A high-speed chase. This case had all the makings of suspenseful movie plot. Unfortunately, it wasn’t part of a fictional storyline; it is the grim reality our agents and task force officers face right here in Hampton Roads,” said Michael K. Lamonea, Assistant Special Agent in Charge of Homeland Security Investigations’ Norfolk and Richmond offices. “I commend the task force for its quick actions. The arrests of these two individuals helped law enforcement remove lethal narcotics, as well as a firearm from our community.”