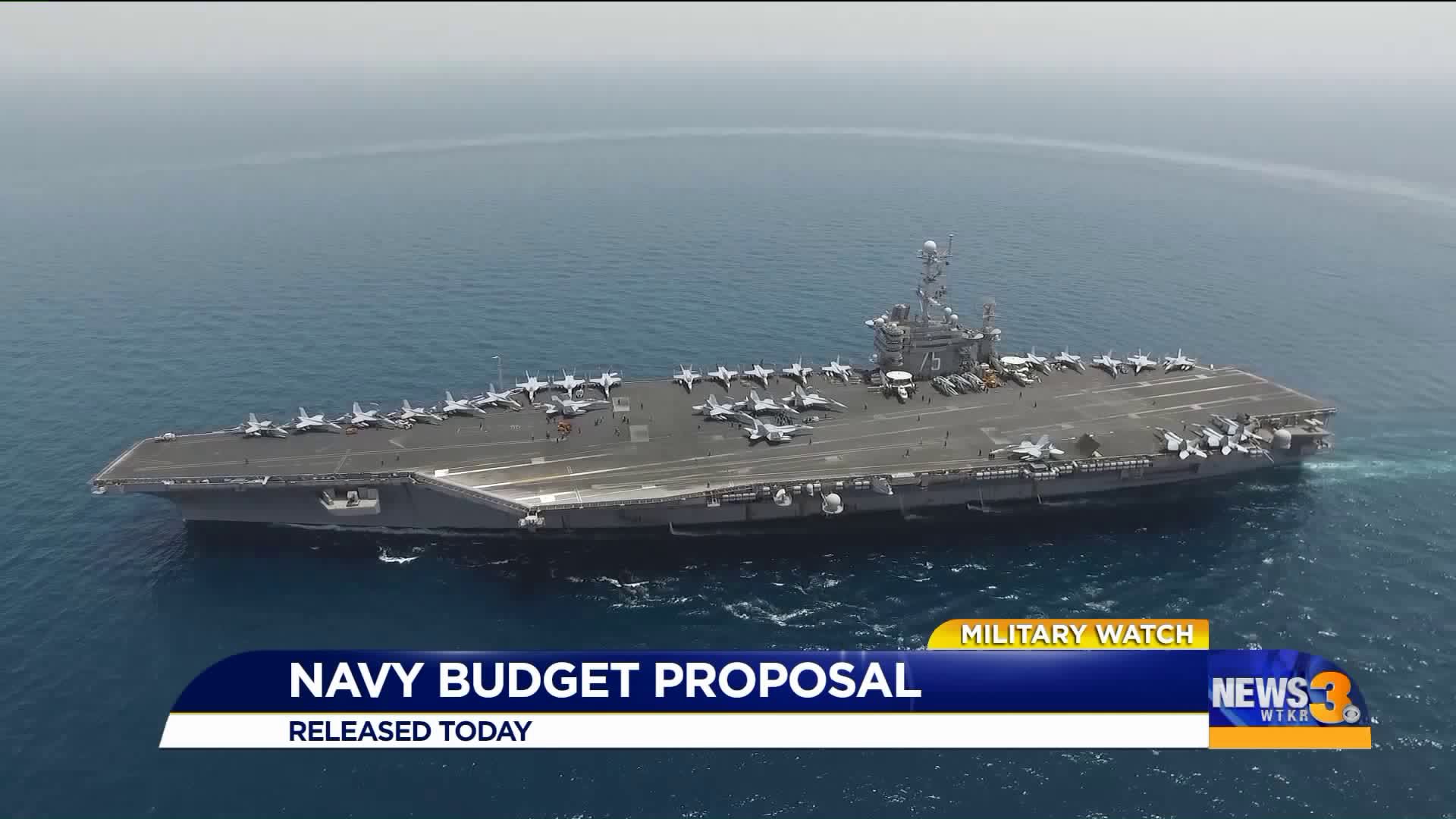 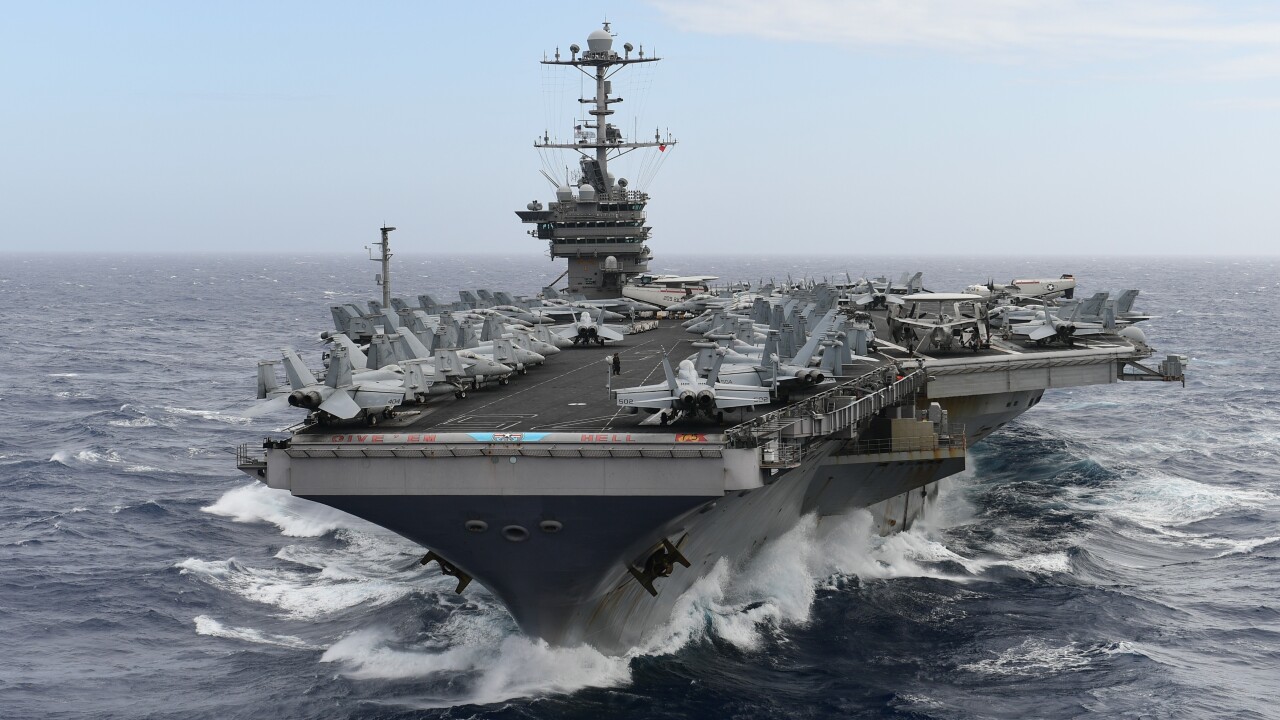 NORFOLK, Va. - The Navy ended weeks of speculation Tuesday with a proposed budget that calls for the early retirement of a Norfolk-based aircraft carrier.

Under the proposed FY2020 budget for the Navy, the USS Harry S. Truman would not be funded for a midlife refueling.

The Refueling and Complex Overhaul (RCOH) happens at the mid-point of a carrier's service to the nation. The work includes replacing the reactor core; without that replacement, the ship has to be retired.

"We made the very difficult decision to retire CVN-75 which is the Harry Truman in lieu of the previously scheduled Refueling and Complex Overhaul which was scheduled to occur in FY24. This adjustment is in concert with the Defense Department’s commitment to proactively pursue diversified investments in next generation advanced and distributed capabilities including unmanned and optionally manned systems and to provide a strong demand signal to industry for these new future capabilities," Rear Admiral Randy Crites, Deputy Assistant Secretary of the Navy for Budget told reporters at the Pentagon Tuesday afternoon.

"We biased this decision towards the future mindful that we still have time to respond to further analysis. There is a force structure assessment and other work ongoing that will help us validate this decision," Crites added.

Rear Admiral Crites followed up on the decision by indicating the early retirement is partly to focus on future capabilities.

"Part of this is to try and drive and send a signal that we are serious about this. We are focused on some of these future capabilities that we need to get and need to get after today. We are not in Kansas anymore and we have to get moving. That’s part of it. I highlight the studies and the work that is ongoing just because we need to prove to ourselves that we are making a good decision here," he commented.

On Friday, Senator Tim Kaine told News 3 that he had been briefed that the decision was one that could be reversed.

"In talking to those involved with the decision, they say they believe the Navy’s study will demonstrate that not just Ford-class, the new ones, but the Nimitz-class in the current numbers are needed. I have some confidence in my gut that it won’t be me saving it, it will be the Navy realizing of course we are going to refuel the Truman and I’m certainly going to make that case – we’ve got to refuel the Truman," Kaine said.

The early retirement of the USS Harry S. Truman could deal a financial blow to the Hampton Roads economy.

Aircraft carriers pump hundreds of millions of dollars into the local economy each year. The RCOH is also an important part of business for Newport News Shipbuilding.

Beci Brenton, spokeswoman for Huntington Ingalls Industries, provided this statement to News 3 about the Truman RCOH:

"The president’s budget is the first step in the legislative process, and it would be inappropriate to speculate on the outcome. We intend to be fully engaged with our customers as the process unfolds.

I can tell you  that we are currently completing the midlife refueling overhaul (RCOH) and maintenance availability for the USS George Washington (CVN 73) and are doing advanced planning to begin this four-year effort for USS John C. Stennis (CVN 74) in 2021.

The mid-life refueling overhaul and maintenance availability of a Nimitz-class aircraft carrier produces a recapitalized carrier capable of supporting current and future warfare doctrine and continuing to operate as the centerpiece of our Navy fleet and our national defense for another 25 years. An RCOH is an extremely complex engineering and construction project which involves more than 680 suppliers from 40 states providing material and services critical to the overhaul process. The stability of this industrial base is critical to our ability to continue to build and maintain the Navy fleet our Navy and Nation needs."

Kaine and other politicians have vowed to block any move that will retire the Truman early.

Congressman Rob Wittman is among them. The Republican who represents Virginia's 1st District and serves on the House Armed Services Committee said this about the carrier plan in a statement:

"Our aircraft carrier is the nation’s preeminent power projection platform. Keeping Refueling and Complex Overhauls (RCOH) on schedule and advanced procurement funded properly is critical to meeting combatant commander's demand for carrier strike groups. We have made a significant investment in these ships, and I am perplexed why this budget request is taking the cornerstone of the United States Naval Force and allowing it to atrophy. I believe this is both strategically and fiscally irresponsible and I will be fighting in the upcoming National Defense Authorization Act (NDAA) negotiations to ensure we stay on the path to 12 carriers and 355 ships."

Stay with News 3 for updates to this story.