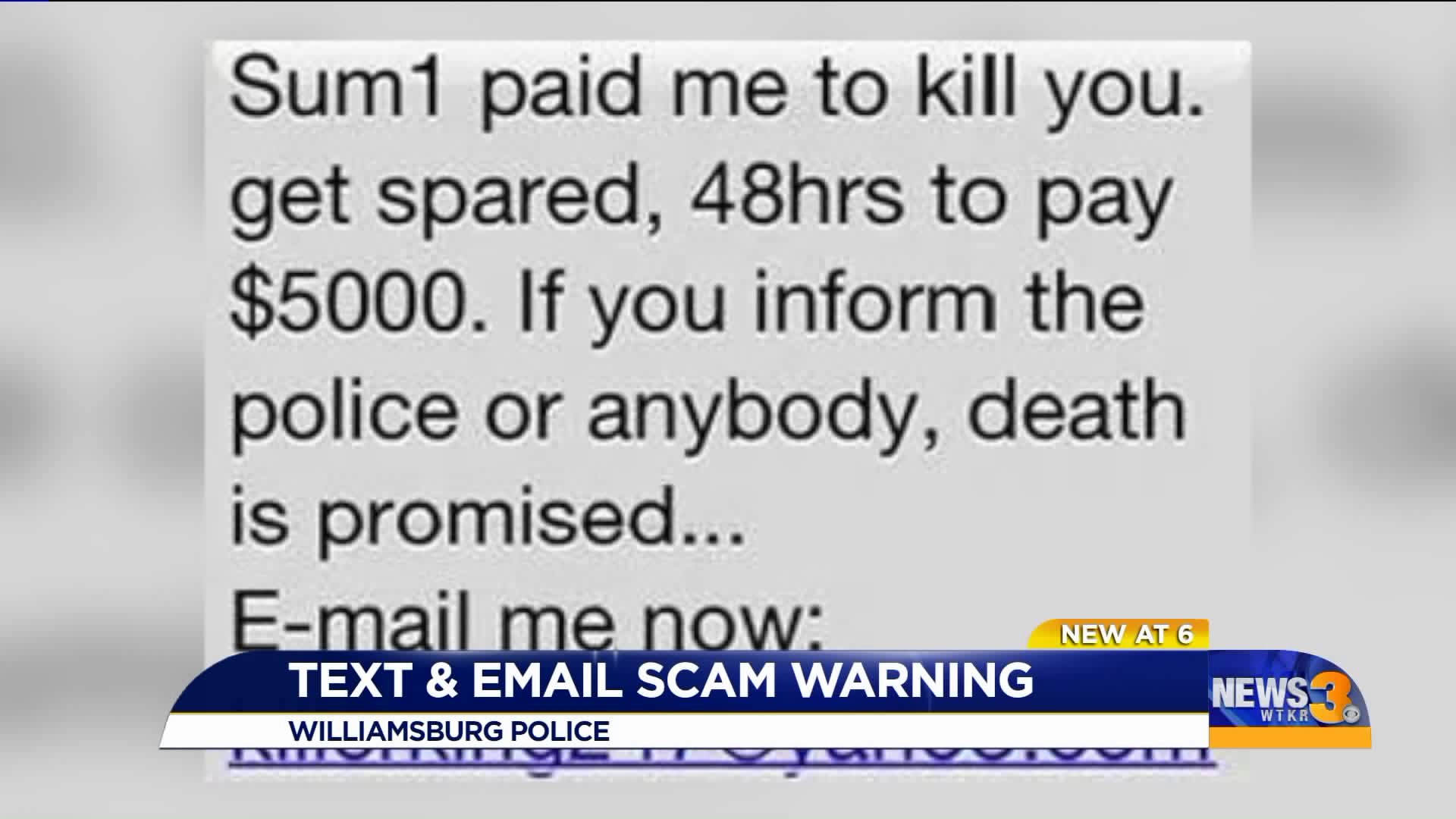 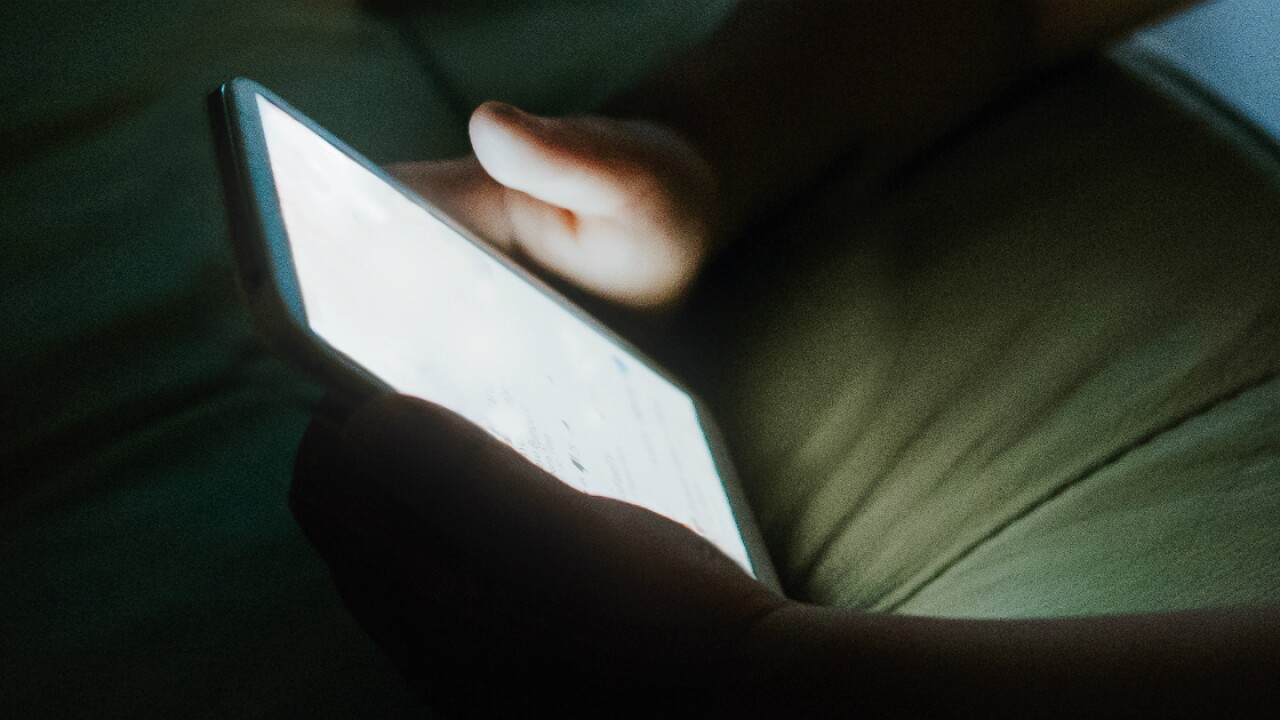 WILLIAMSBURG, Va. - The Williamsburg Police Department is warning the public of a scam that promises "negative consequences" if money is not sent to the sender.

“The person was claiming to be an assassin that was going to kill them unless the received a large sum of money in return,” says officer John Heilman.

The message can come to the receiver as a text or email. The message typically contains the receiver's name and may have other identifying information, making the scam seem more realistic.

Heilman says, “Generally when we scams like this, they are sent out to people who are older in our community. They aren’t as familiar with the technology.”

The victim will also receive a link to pay the sender in order to avoid being harmed or receiving some sort of negative consequences. However, this is a scam. Police say block the number and do not reply back.

Anyone who receives a message of this nature should contact the  Williamsburg Police Department (757) 220-2331 or their local police station.