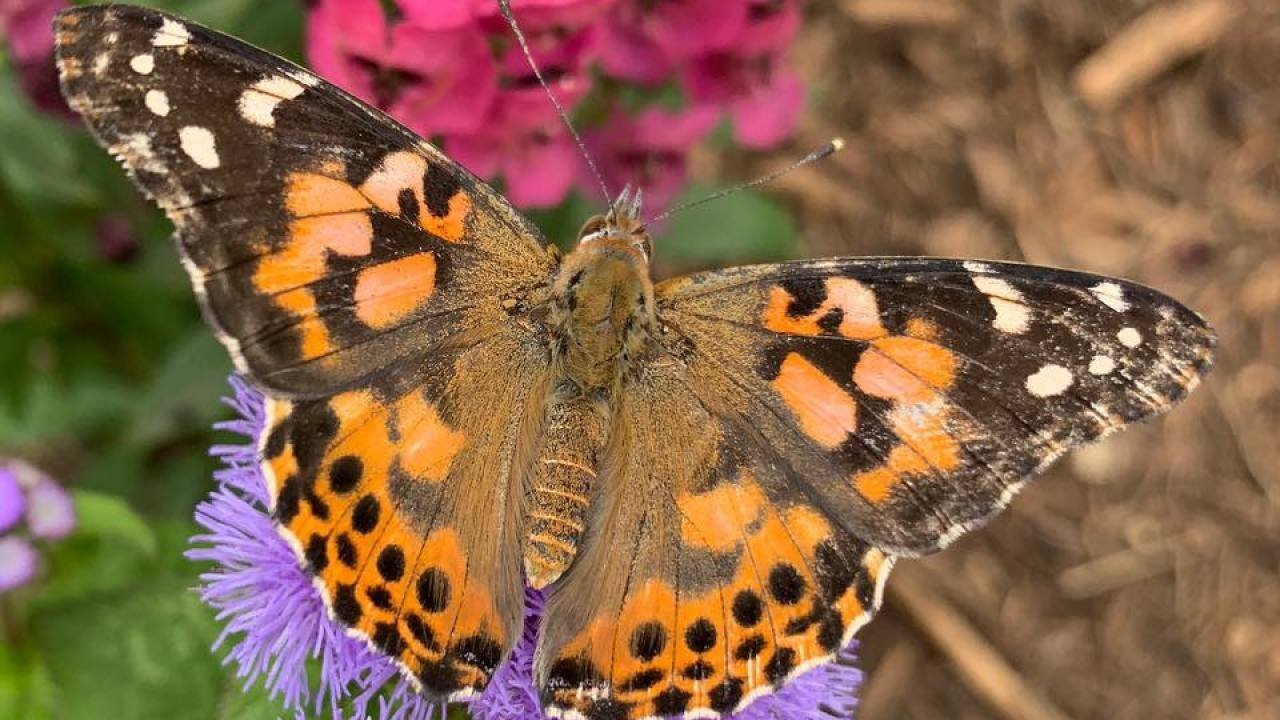 **Embargo: San Diego, CA** Swarms of butterflies have been spotted across North County, from Escondido to Vista to Fallbrook.

This year’s wildflower super bloom is not only filling California deserts with eye-popping displays of color — it’s also providing a feast for swarms of painted lady butterflies making their way north from Mexico.

**Embargo: San Diego, CA**
Swarms of butterflies have been spotted across North County, from Escondido to Vista to Fallbrook.

“This is the biggest outbreak since 2005,” said Art Shapiro, a professor at the University of California, Davis, who’s been studying the migration of butterflies in the state since 1972.

Painted ladies tend to thrive when there’s a super bloom, Shapiro said, because there are so many plants for the butterflies to lay their eggs on and for caterpillars to eat.

In North America, painted ladies spend the winter around the US-Mexico border and fly north in the spring. Their descendants travel back south in the fall.

They are orange and black and are often mistaken for the more famous monarch butterflies. They’re typically smaller than monarchs and have a different shape.

Shapiro said that last year’s migration was the worst he’d seen in his career for both types of butterflies.

Unfortunately, the abundance of painted ladies does not forecast a comeback for monarchs.

“It has nothing at all to do with the monarch. It’s like asking whether a good year for the economy of Tanzania will be helpful to the economy of Sri Lanka,” Shapiro said. “Probably there’s no relation.”

The painted ladies have been spotted flying low and fast through Southern California.

“There’s no missing them when they go like bats out of hell and they’re going in a straight line from southeast to northwest,” Shapiro said.

“I saw more butterflies in the last 10 minutes than I’ve seen my entire life,” Jason Suppes wrote Tuesday on Twitter. Suppes is an education specialist at an agricultural research facility in Irvine.

Shapiro said that at the peak of the migration, the butterflies could fly by at a rate of one per second.

He said they tend to fly over obstacles instead of going around them, so they won’t get disoriented.

Melanie Arias, a Los Angeles history teacher, says the butterflies form a little cloud when they get to a fence at the baseball field at her school. The migration has been a big topic of conversation for her middle and high school students.

The painted ladies tend to migrate in waves, leaving from different breeding grounds over a couple of weeks.

Shapiro said they haven’t made their way up to him yet, but he’s keeping an eye out.