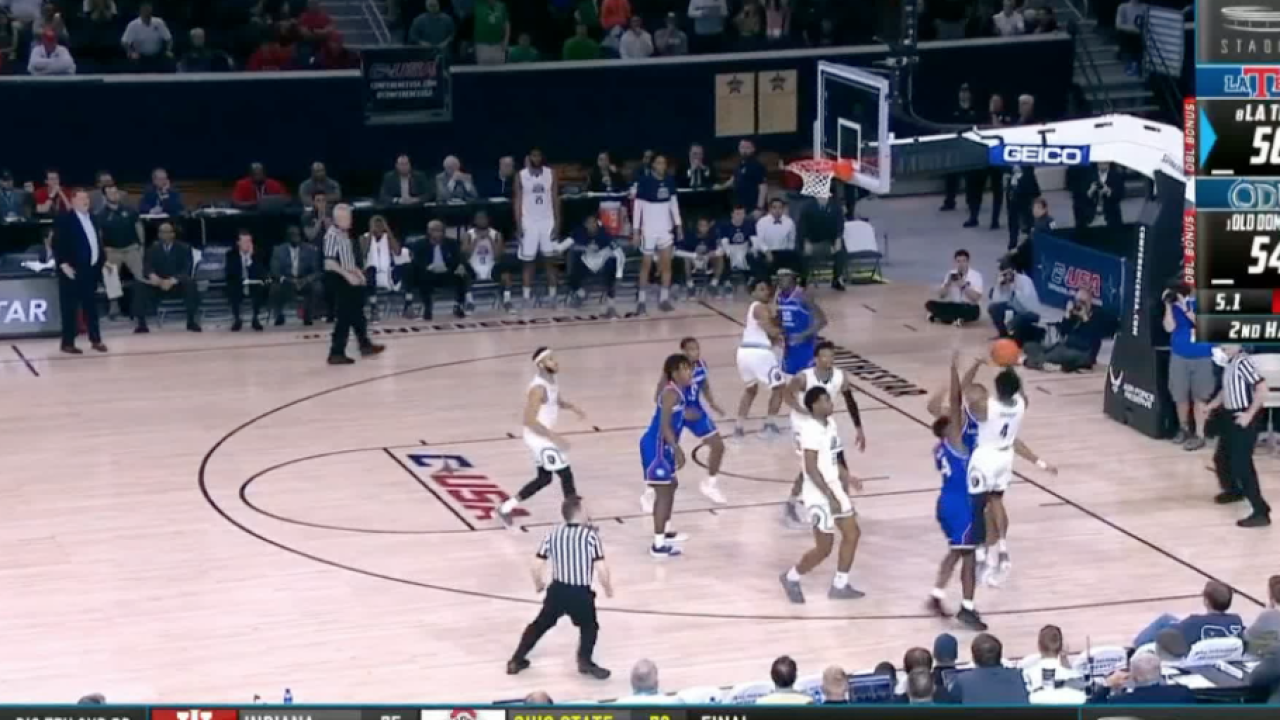 FRISCO, Texas – Ahmad Caver had his clutch gene activated when Old Dominion needed it the most.

Down two with 3.3 seconds left, the senior guard knocked down a heavily contested three-point shot to put Old Dominion up 57-56 over Louisiana Tech.

That would be the final score as the Monarchs survived a Conference USA quarterfinals scare. Caver struggled early, but caught fire late in the game, scoring the team’s final eight points.

ODU trailed by seven with 1:48 remaining in the game.

The Monarchs will play the winner of the UAB/UTSA contest in Frisco later in the evening. The semifinal will be played at 1:30 p.m. ET on CBS Sports Net.