NORFOLK, Va. - A dog found bloody and in extreme pain now has a new place to call home.

A man named Justin found the puppy wandering on Robin Hood Road in Norfolk last week. Her chest was all bloody and she had sores on her paws and belly.

After being looked at by a veterinarian at the Norfolk SPCA, it was determined that the puppy had severe demodectic mange and secondary infections.

The dog, who now goes by Alice, was brought to the Norfolk Animal Care and Adoption Center, where she underwent treatment.

"It's possible that this dog escaped from a bad situation; obviously no one came forward to claim her, or it's possible she was dumped. We can't really speculate, but when she arrived she was definitely a sad case," Kennel Supervisor at the Norfolk Animal Care and Adoption Center Shannon Phillips said.

In the span of 10 days, staff and volunteers were able to heal her wounds and have her playing like a puppy again.

"The pup herself, you know, just to come through that and to be unbothered and still laughing and giggling and doing her thing - she's something else," Justin said.

Like a true fairy tale, the minute Alice was ready for adoption, Justin signed the paperwork and took her home.

Those at the shelter tell News 3 they're happy Alice finally found her forever home.

"I think all of us can learn a little something about our lives and other animals' lives through Alice. Everyone deserves this second chance, and you can have that second chance," Phillips said. 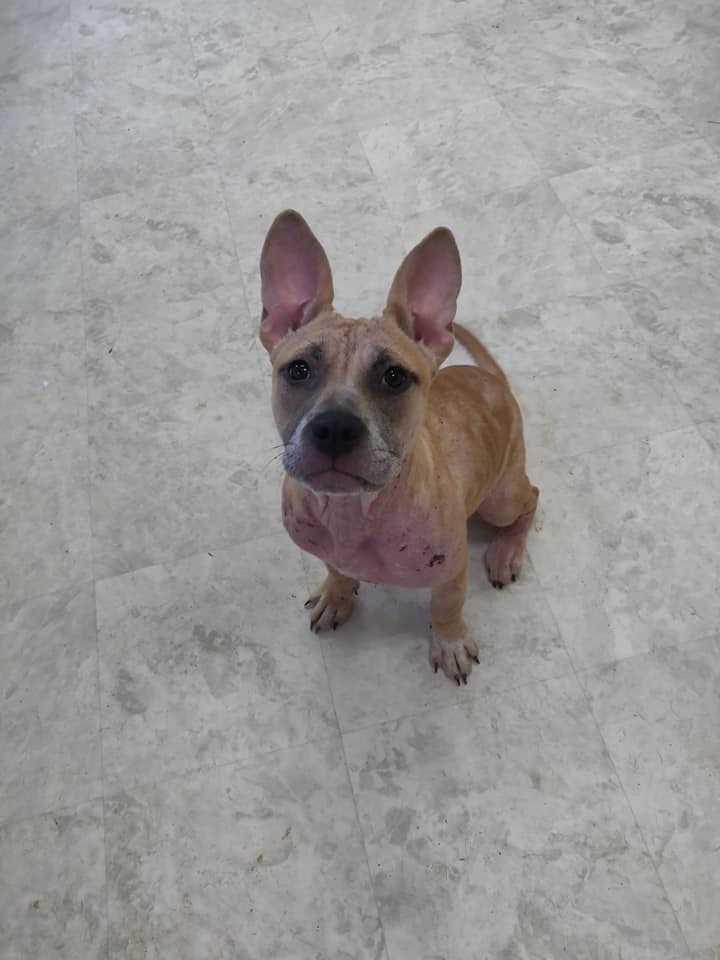