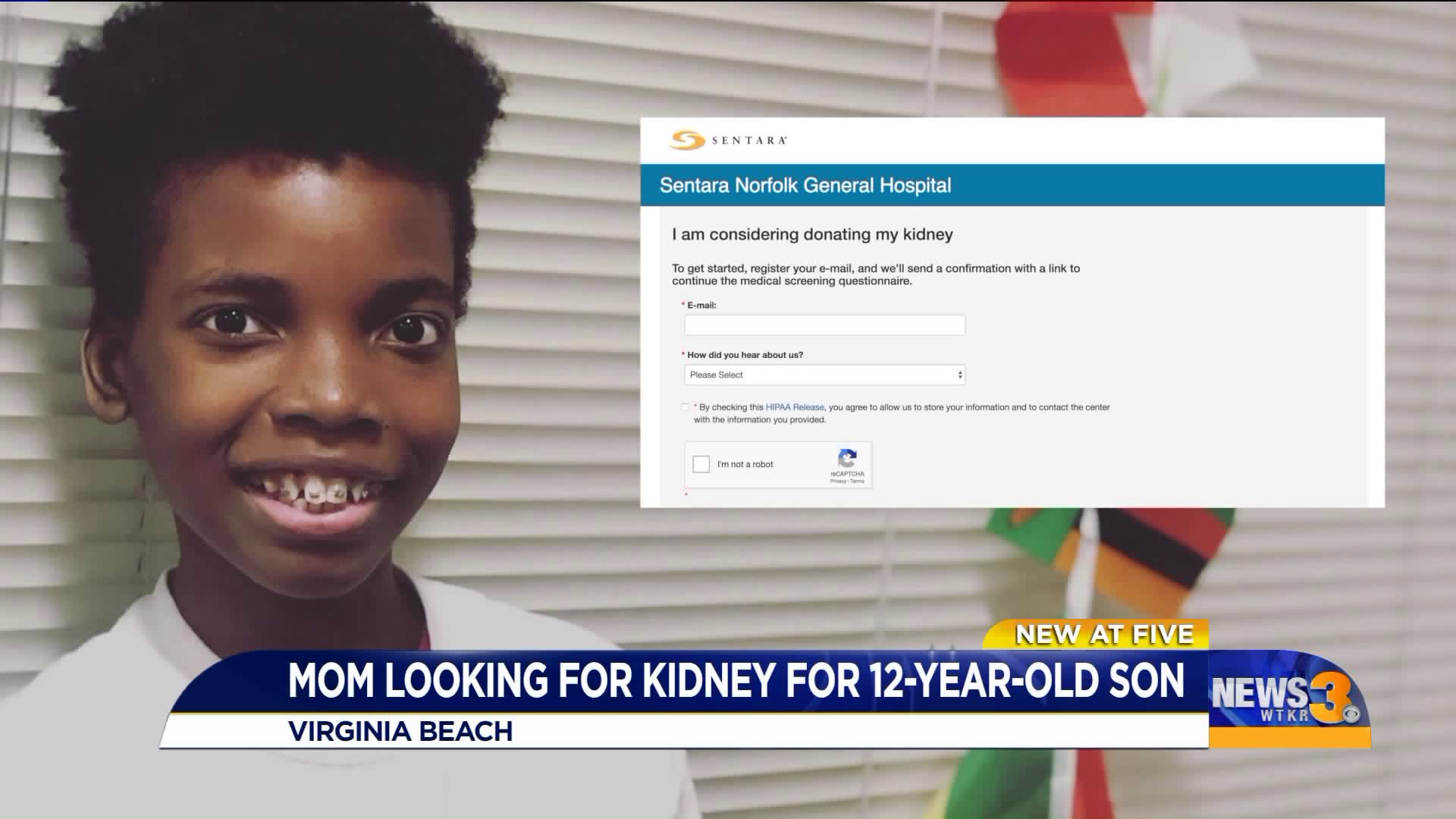 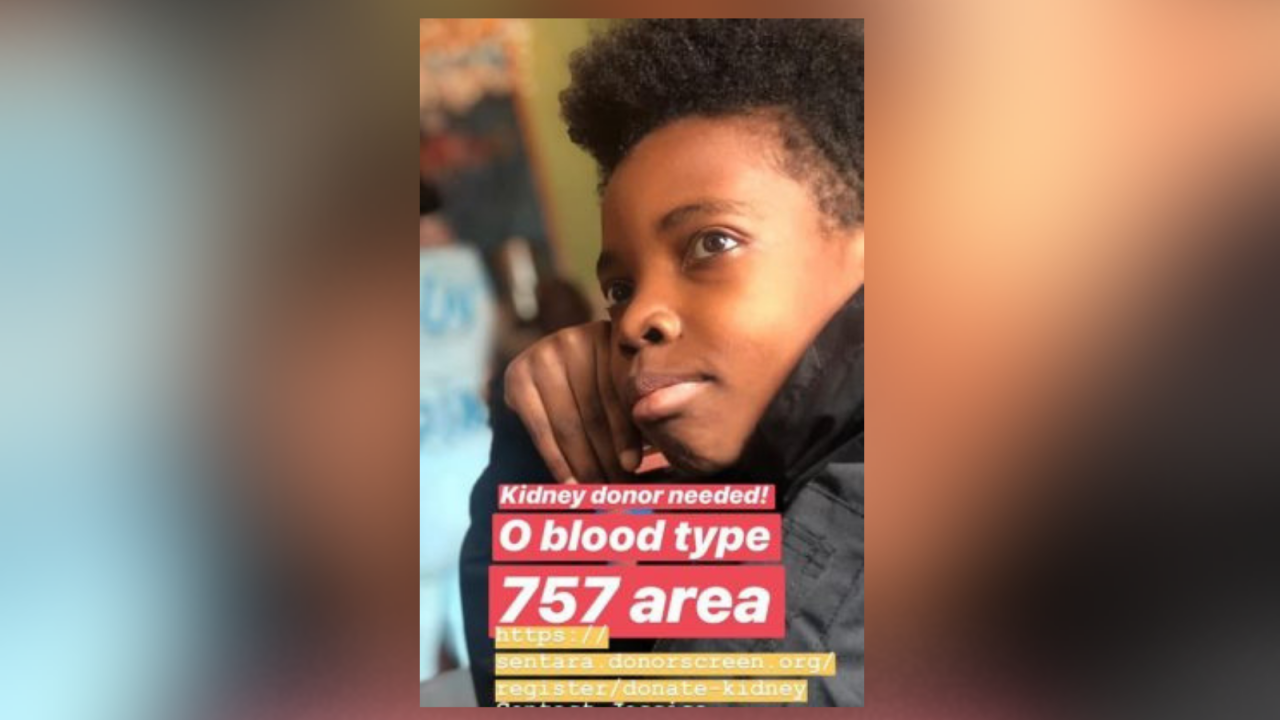 Cory Clabon is only 12 years old, but his kidneys are functioning at less than 50 percent.

Clabon's mother, Jessica Josephine, says Cory was born with sickle cell disease. When he was 3 years old, he was also diagnosed with a rare kidney disorder.

To treat the disorder, Josephine says Clabon has been receiving blood transfusion therapy. She says her family has spent much of Clabon's life at the hospital.

"We are there so much, they are like our family at CHKD."

A few months ago, Clabon's family learned the treatments he was receiving are not enough. Clabon needs a new kidney between the next six and 12 months in order to avoid going on dialysis.

But it's a tall order.

"The kidney donor has to have Type O blood - positive or negative - and they have to live in the area," explained Josephine.

Since they learned about Clabon needing a kidney, they haven't had any luck finding a donor. It's why Josephine decided to take to social media to ask for help.

She created a Facebook page called Kinetic Kidneys to keep family and friends updated on Clabon's progress. It's also where she made a call for help on Friday, and it quickly began making the rounds on social media.

"People are re-posting it and sharing it. It's overwhelming and I was just crying because I know one of these people have to be his match," said Josephine. "I have been praying and praying and asking to send or make something happen because I was starting to feel like I can't do this by myself."

Included in her post is information about becoming a kidney donor. Sentara Healthcare has a form where people who are interested in becoming a donor can start the process. Josephine hopes that people who read her post will consider donating even if they can't help her son.

"It's not only about my son, but about the other people that they could be helping," she explained. "There are so many people that need kidneys and people don’t know where to begin."

To find out more about becoming a kidney donor and beginning the screening process visit Sentara's donor website. Sentara Norfolk General Hospital is the region's organ transplant center. To help with the search for Clabon's kidney, you can email his mother at Kidney4Cory@gmail.com