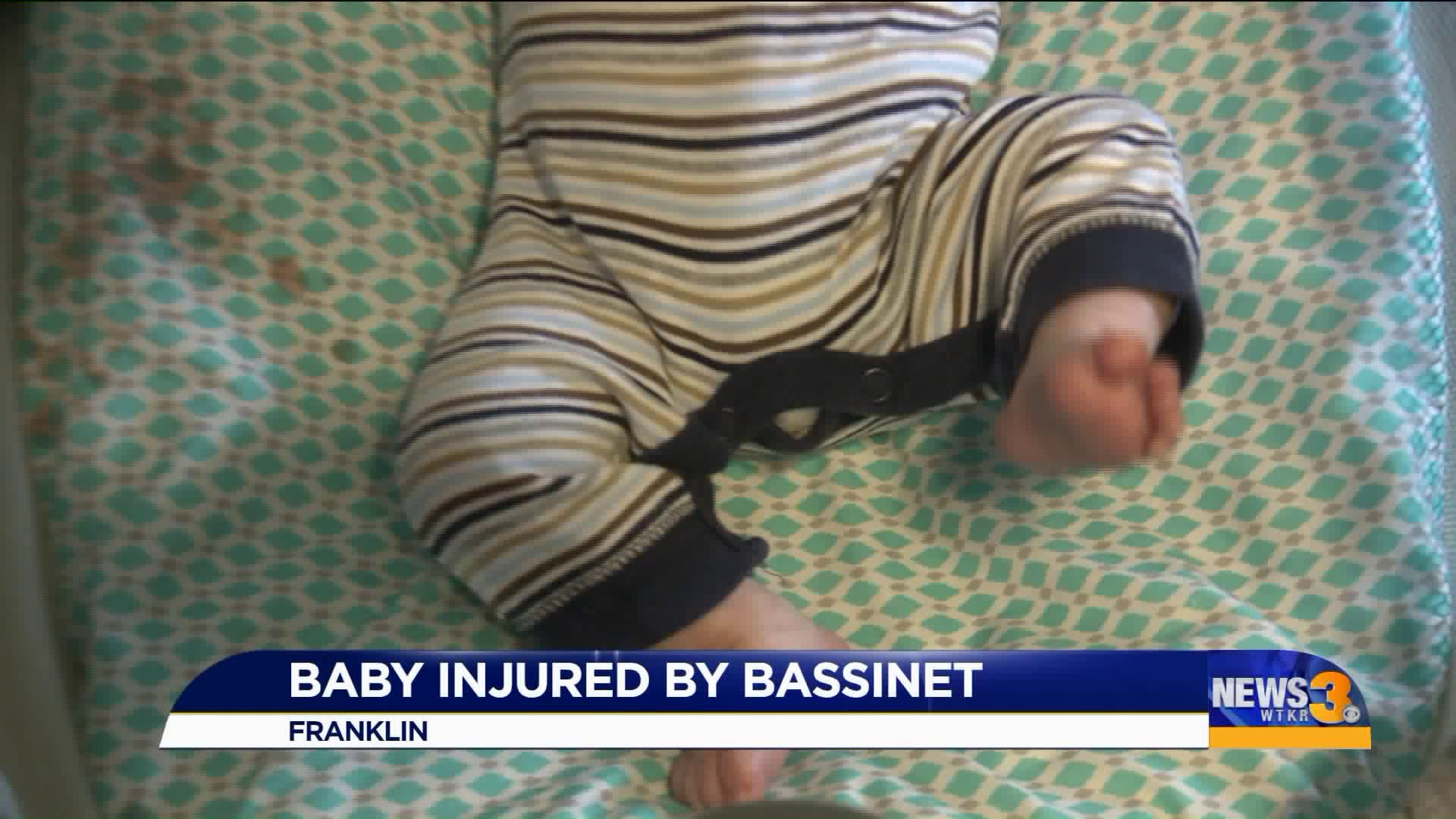 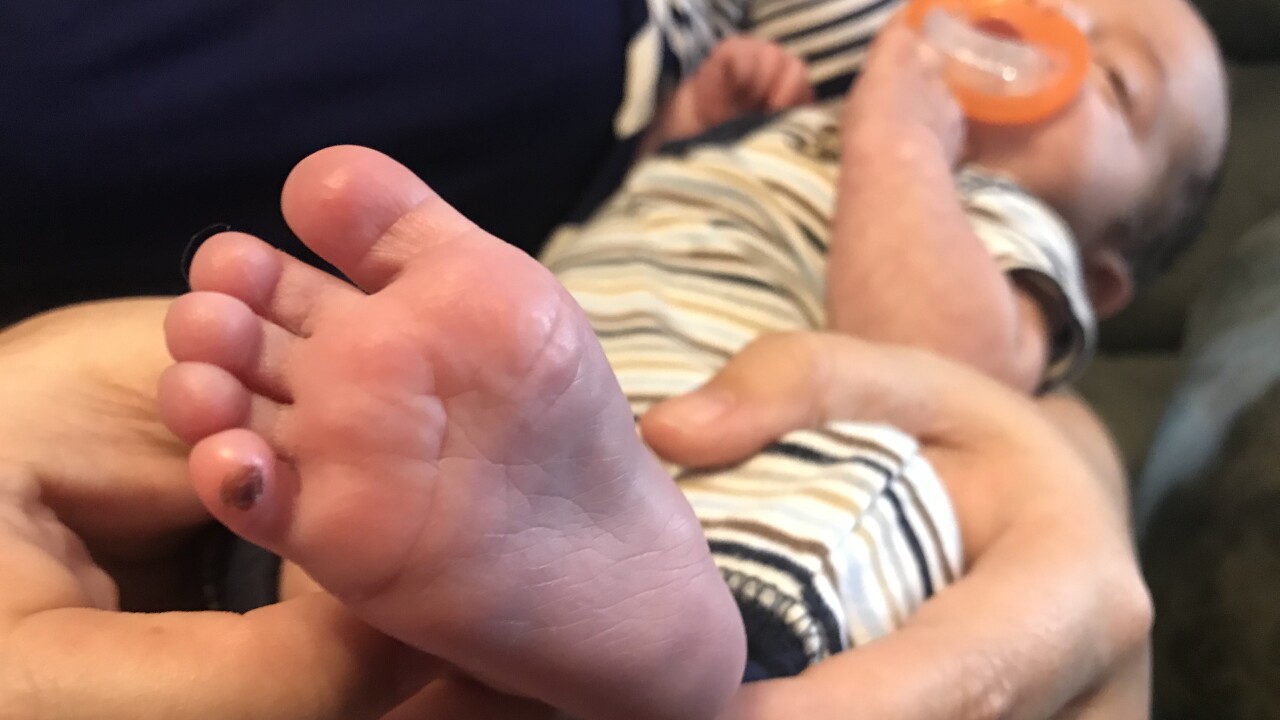 FRANKLIN, Va. – Two local parents have a warning for other parents with small children after they said their baby was hurt in a Graco baby bassinet.

Steven and Raven Heuer have five children, with their newborn son George being just two months old. Steve Heuer contacted News 3 after he said his baby was hurt while laying in a Graco bassinet that the family ordered recently online. The product is Graco's Pack n' Play Day2Dream Playard Bedside Sleeper.

Baby George was in the crib last Friday when he began to cry, and Steve said when he went to check on him, the baby’s foot was covered in blood. As mom and dad washed the blood off, they noticed the pad of George's little toe had been sliced off.

Steve and Raven think George got his little toe stuck in the tough mesh lining of the bassinet, and they immediately reached out to the company to see if they could at least get a refund seeing as they will not be using the bassinet anymore.

Related: Does your infant sleep in the safest environment possible? News 3 takes action to make sure

Steve said he wants other parents to be aware of these types of material dangers because now that Babies R Us is closed, a lot of parents buy baby products online without seeing or feeling them first.

News 3 has emailed and called several numbers for Graco Baby and have yet to get a response about the alleged issue with the product.