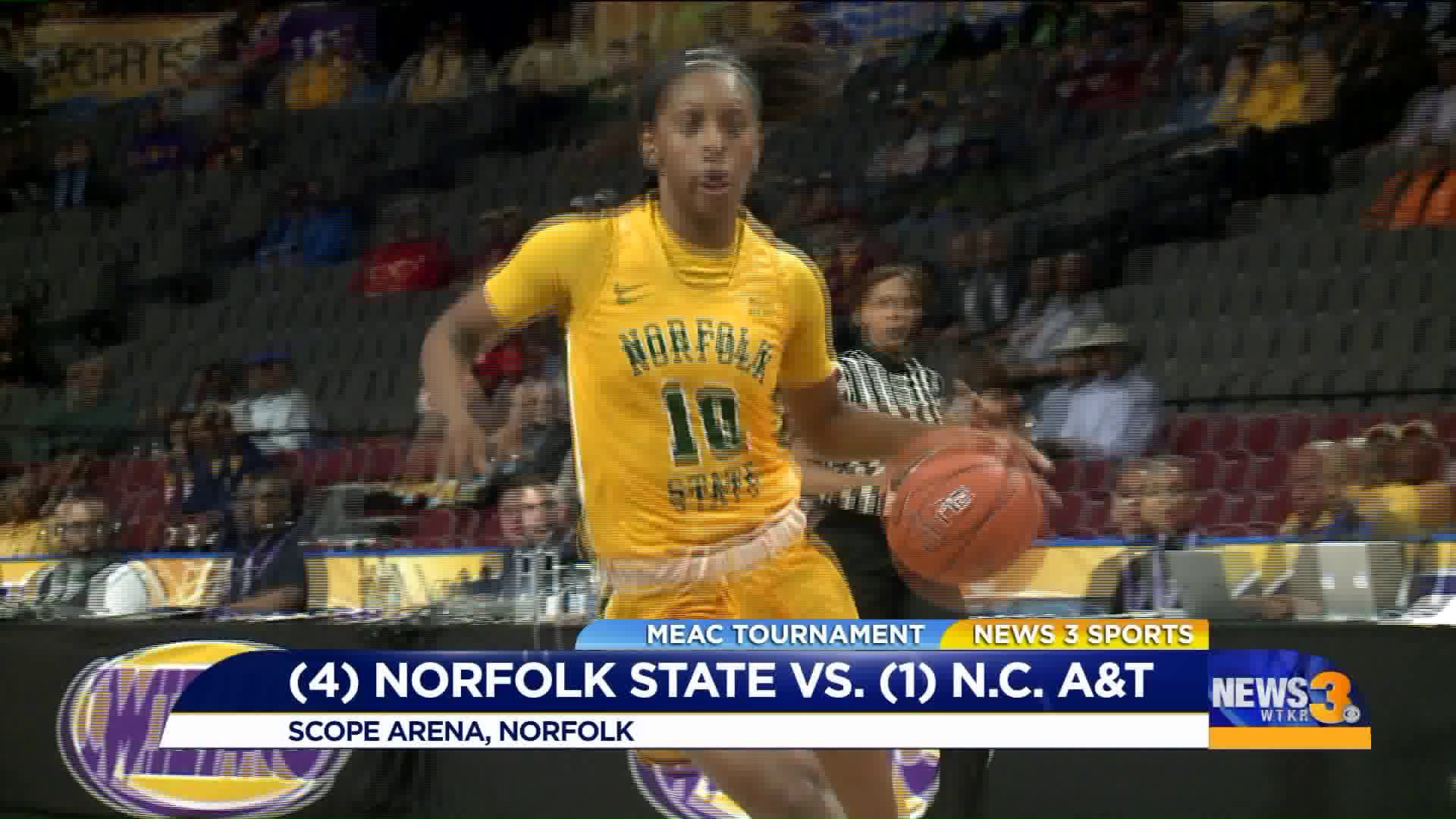 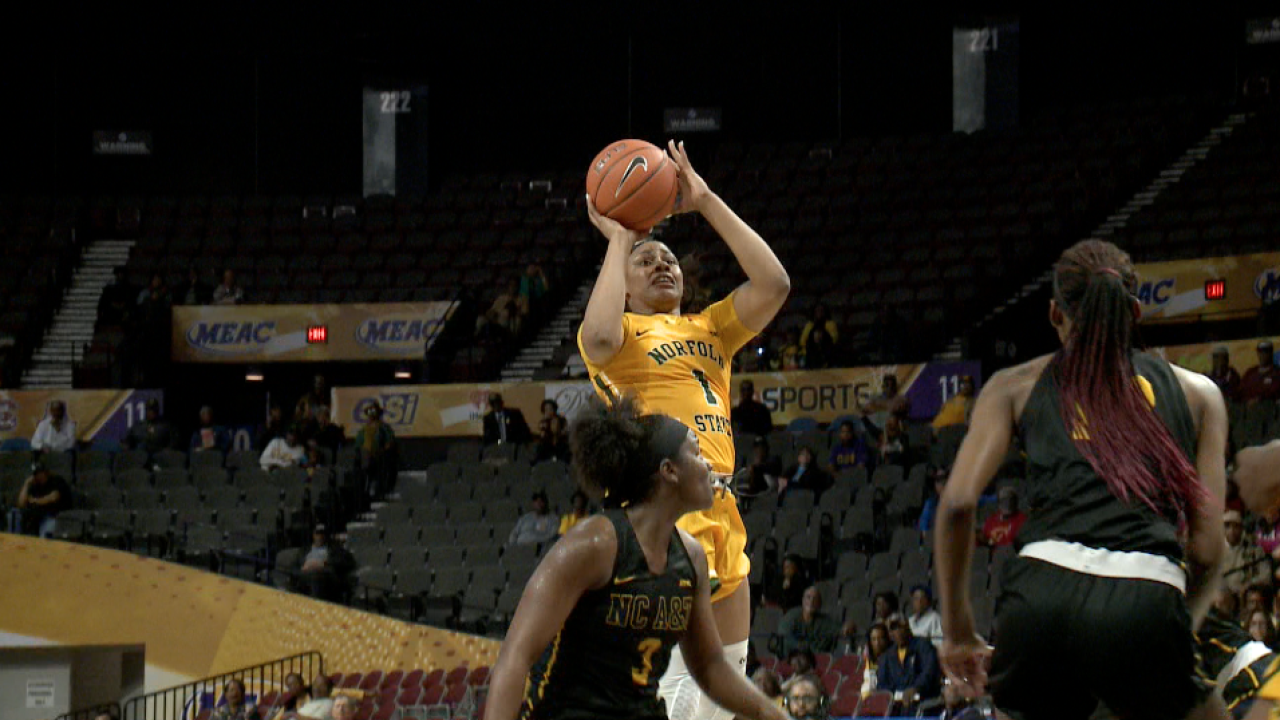 Norfolk State advances to its fourth-ever MEAC Tournament championship game and its first since the 2005 season. The Spartans are 1-2 in MEAC championships, having won it all in 2002.

The Spartans led for 34 minutes and 17 seconds against the regular season champions and held a double-digit advantage for the last 16:46 of the game.

La'Deja James led NSU in scoring for the second-straight game with 18 points along with five rebounds and three assists. The redshirt-junior knocked down two 3-pointers and was a perfect 8-for-8 from the charity stripe.

Norfolk State shot 40 percent overall, 3-for-6 from 3-point range and committed only three turnovers in the face of N.C. A&T's relentless defense in the first quarter.

After a back-and-forth start to the quarter, the Spartans gained some separation by outscoring the Aggies 10-4 over the final 4:44 of the period. Echols provided the final six points of the frame for NSU by way of two treys. Her second 3-pointer gave NSU a 16-10 lead with 1:55 remaining, but C'Coriea Foy scored on a jumper with 35 seconds left to make the score 16-12 after the first 10 minutes.

Echols was one of only three Spartans to score in the quarter and had six. She joined James, who had a quarter-high seven, and Khadedra Croker (three points) in the scoring column.

Foy netted six in the first quarter and finished with game highs in points (20) and rebounds (eight) and shared the game lead in steals with four.

N.C. A&T made only two field goals in the second quarter as Norfolk State ran out to a 10-point halftime lead. The Aggies shot just 20 percent in the quarter and were 0-for-2 on 3-pointers.

Hard work on the offensive glass paid off for NSU in the second quarter. The Spartans grabbed six offensive rebounds in the period and generated twice as many shot attempts than the Aggies.

For the game, the Spartans outmuscled N.C. A&T on the boards – outrebounding the Aggies 44-31. N.C. A&T, usually dominate on the defensive glass, conceded 16 offensive boards to Norfolk State.

As was the case in its quarterfinal against Howard, Norfolk State pulled away in the second half.

N.C. A&T scored the first five points of the third, but a 7-0 Spartan run blunted the Aggies' momentum. James played a hand in all seven of those points – knocking down a 3-pointer in the right corner, assisting on Kendrea Dawkins' layup and grabbing an offensive rebound that led to a three-point play opportunity for Khadedra Croker.

Croker reenergized NSU when she fought through contact and hit a tough hook shot to make the score 36-24 with under six minutes left in the third.

Mikaya Wilson made the score 36-26 on a jumper with 5:35 to play in the period, but once again the Spartans answered with a 6-0 run.

Norfolk State kept the Aggies at bay in the first portion of the fourth quarter before ending the game on an 8-2 run. The Spartans' advantage fluctuated between 11 and 14 points for the first four-plus minutes of the frame.

Up 52-41, the Spartans scored eight of the last 10 points to ice the game. Russell scored the first four of those eight points, including a 3-pointer to put NSU on top by 14, before a pair of free throws from Echols. James scored the final points of the win with her layup at the 4:46 mark.

In the second half, Norfolk State shot 40 percent and was 9-of-11 from the foul line. For the game, the Spartans were near-perfect at the charity stripe – shooting 14-of-17 (82.4 percent) on foul shots.

The Spartans now ready themselves for Saturday's championship game against Bethune-Cookman. The game is scheduled for 4 p.m.