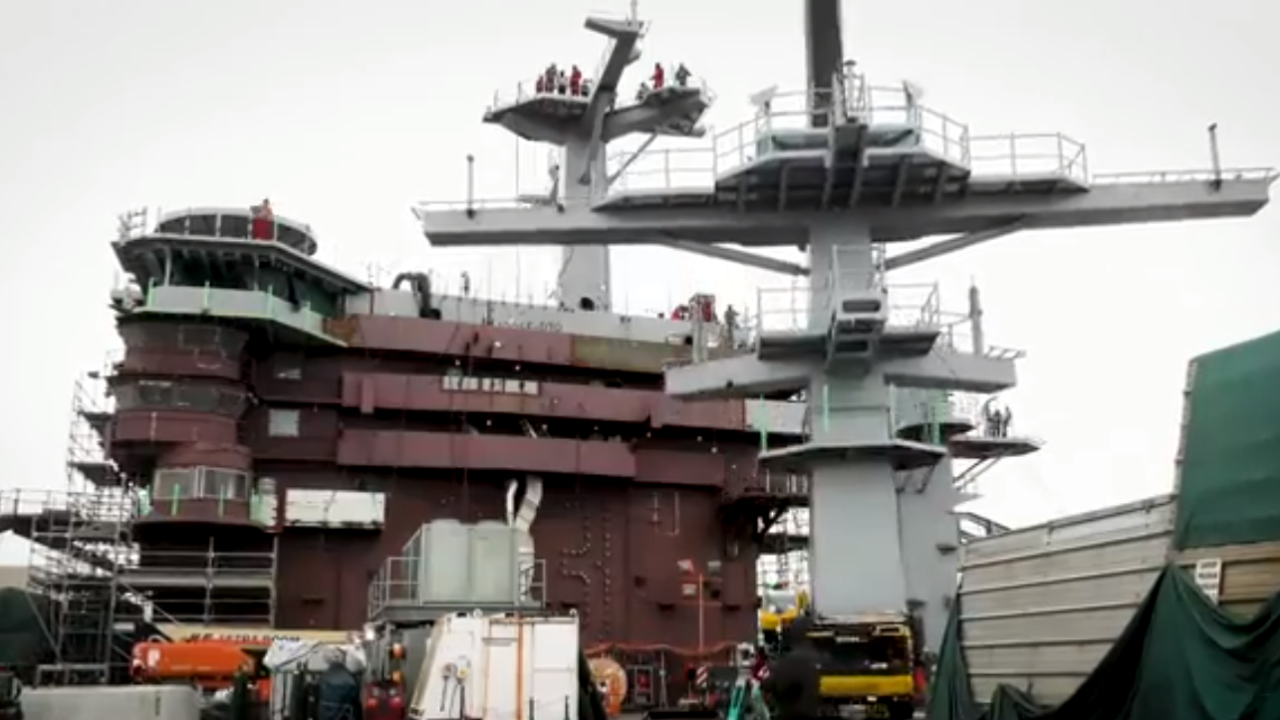 NEWPORT NEWS, Va. – The USS George Washington celebrated the installment of its main mast with a  “mast stepping ceremony” on Friday.

They held the ceremony on the flight deck.

Sailors placed different types of memorabilia in a time capsule that were welded inside the mast.

The items included: a command challenge coin, refueling and complex overhaul project coin, Chiefs Mess coin, quarters minted in 1992 and 2019 signifying the years of the ship’s commissioning and today’s ceremony, a piece of engraved steel from the ship’s second mast, and a miniature flag representing the United States flag that the 97,000 ton warship will fly for all the world to see.

The shipyard landed the 34-foot upper mast section of the ship’s new main mast, raising the ship’s profile 123 feet above the flight deck where the mast stepping ceremony was held.

“Mast stepping is a way to link the past with the future,” said Capt. Glenn Jamison, commanding officer of George Washington. “It is a way to honor the heritage of this ship and our namesake. George Washington once said ‘that without a decisive naval force we can do nothing definitive, and with it, everything honorable and glorious.’ Now with this new mast signifying the progress we’re making during RCOH, USS George Washington is ready to carry on the mantle of representing the Navy as only General George Washington could have imagined and wanted.”

RCOH, roughly a four-year project, is performed only once during a carrier’s 50-year service life that includes refueling of the ship’s two nuclear reactors, as well as significant repair, upgrades and modernization.