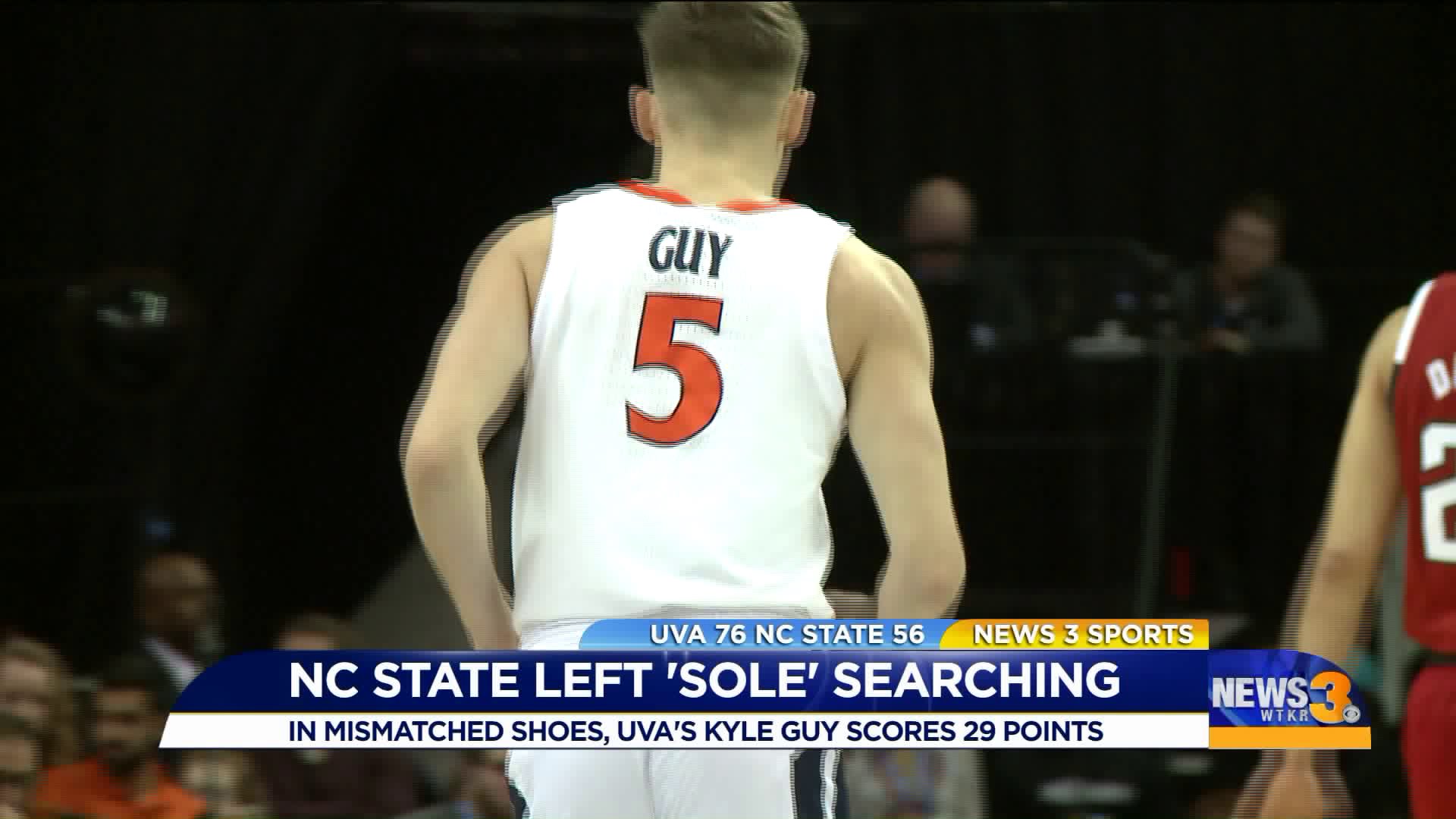 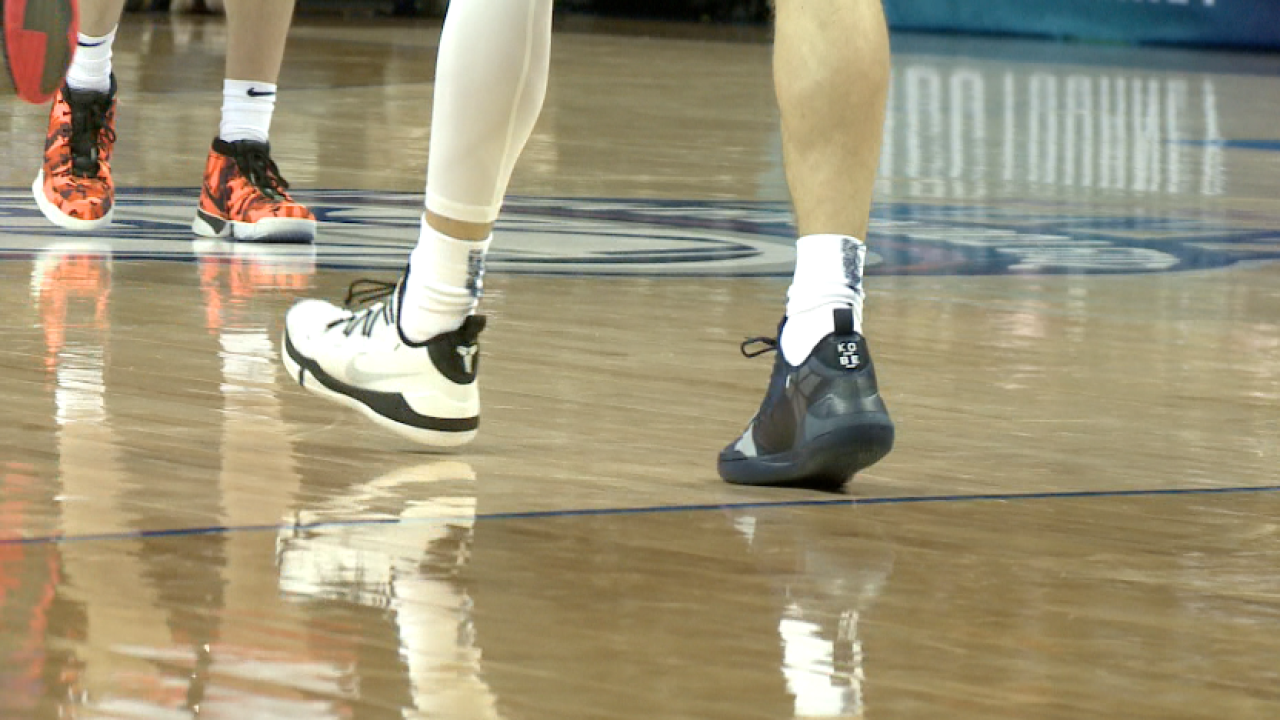 CHARLOTTE, NC - In his team's 20-point victory Thursday, Virginia's Kyle Guy makes 10 of 13 shots. You could say he really socks it to NC State.

But is Guy's shooting a result of his shoe-ing?

"If he keeps shooting like that, he can do whatever he wants," said UVA's Ty Jerome. "On the court, off the court - it doesn't matter."

"I told my teammates I couldn't afford the LeBron [James] Equality (shoes), so I made my own," Guy explained after the game. "I don't know. Sometimes I just do stuff in the spur of the moment."

The LeBron Equality brand of sneakers features one white and one black shoe.

"I've been wearing the LeBron equalities for every game we've worn white since the end of January," noted Virginia sophomore forward Austin Katstra. "I'd like to take a little credit for Kyle shooting the lights out."

Guy’s seven 3-pointers are the most by a Virginia player in an ACC Tournament game, topping the six by Curtis Staples (on 11 attempts) in the 1996 quarterfinals.

Top-seeded Virginia (29-and-2) advances to Friday’s 7 p.m. semifinal game against fourth-seeded Florida State - a game to be broadcast live on News 3. The Cavaliers downed the Seminoles 65-52 in the lone regular-season meeting between the teams on Jan. 5.