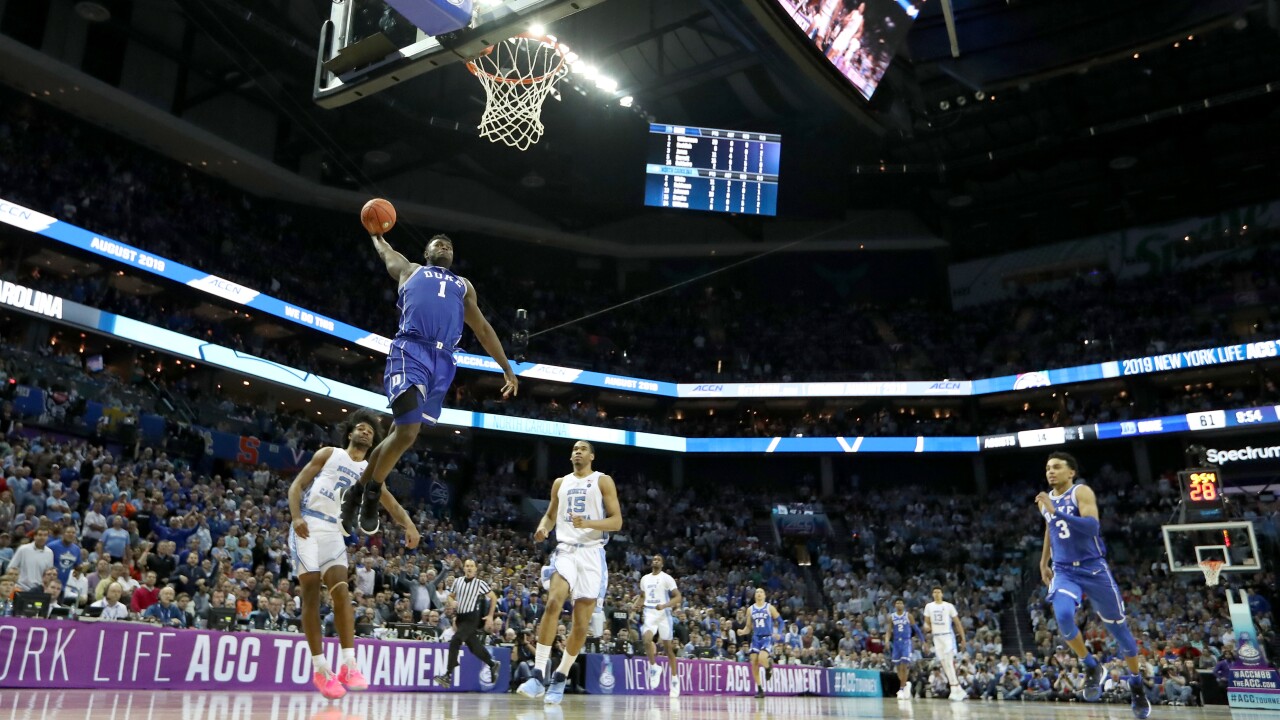 CHARLOTTE, NC – Zion made a difference. A big difference – on the floor and in the box score.

Duke’s freshman phenom Zion Williamson had the go-ahead tip-in on his own miss with 30.3 seconds left as his Blue Devils beat North Carolina 74-73 in a thriller Friday night in the Atlantic Coast Conference semifinals.

Zion Williamson of the Duke Blue Devils waits for a rebound with Luke Maye. (Photo by Streeter Lecka/Getty Images)

Williamson scored 31 points and 11 rebounds and the Blue Devils (28-and-5) topped their Tobacco Road rivals in the 251st all-time meeting between the historic programs.

Cameron Johnson had 23 points for the Tar Heels (27-and-6), who led by four in the final three minutes but couldn’t hold on.

The Blue Devils advanced to the championship game against Florida State, who upset top-seeded Virginia in the evening’s first semifinal. For the 23rd consecutive year, the ACC Tournament championship game will feature either Duke or North Carolina.