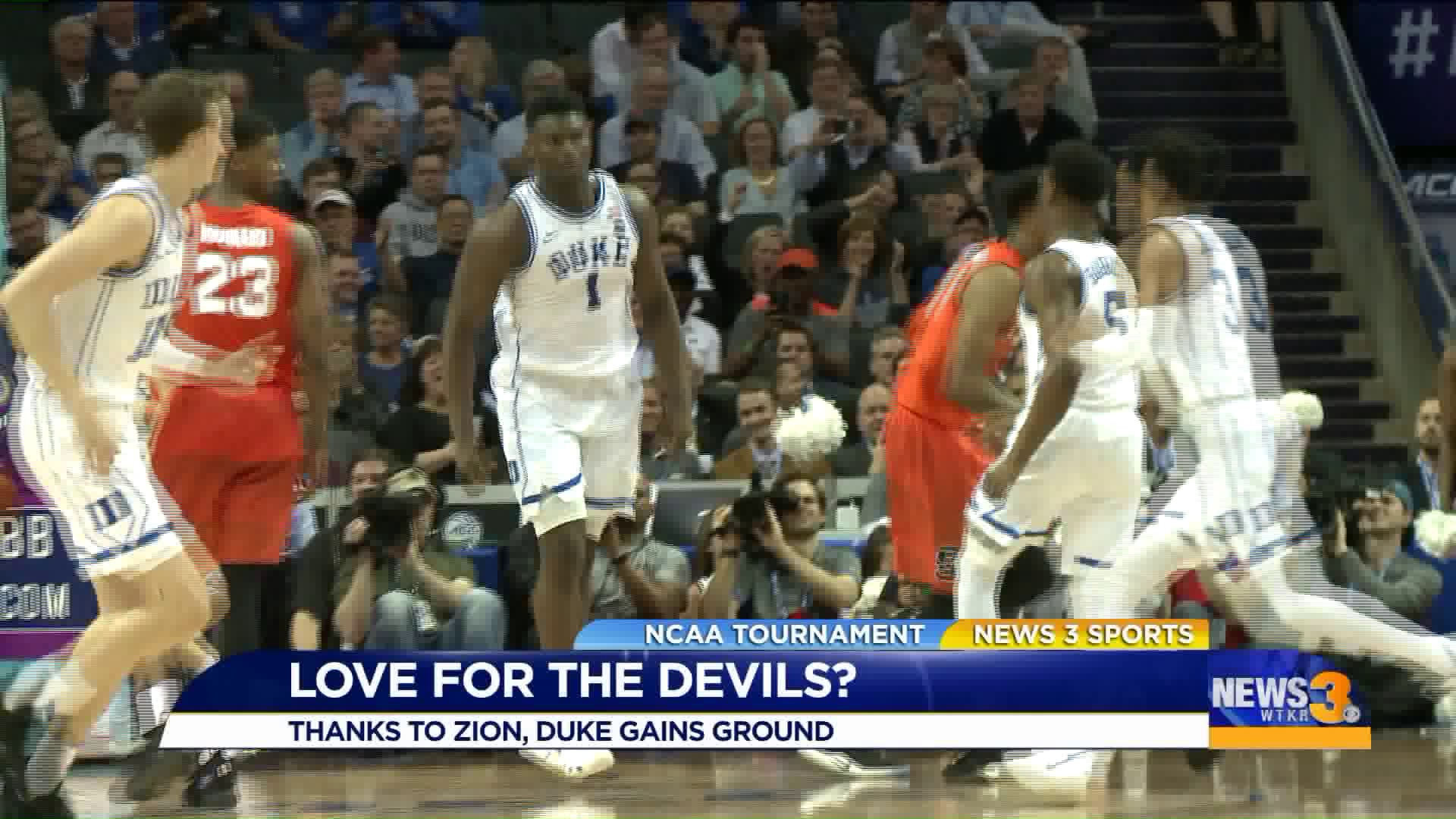 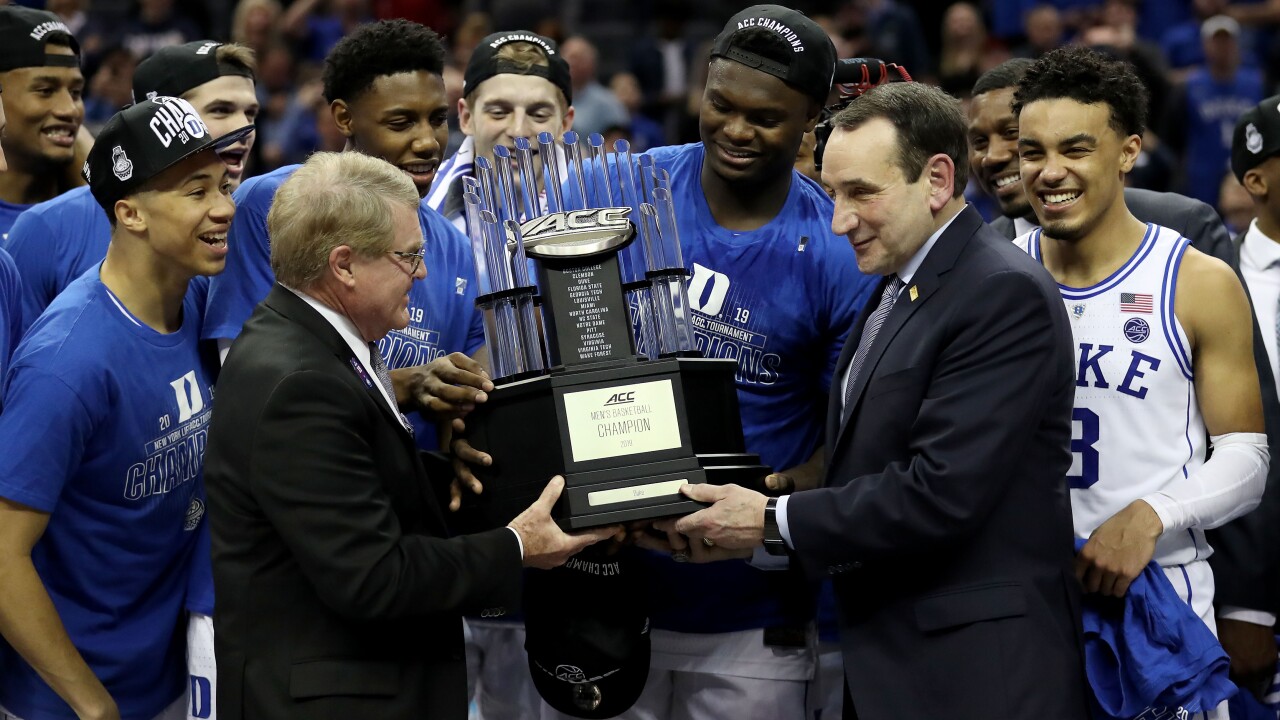 DURHAM, N.C. (Duke Sports Information) - Duke University, champion of the Atlantic Coast Conference, has earned the overall No. 1-seed in the NCAA Tournament, and will begin the program’s quest for its sixth National Championship on Friday versus either NC Central or North Dakota State in Columbia, SC.

Zion Williamson of the Duke Blue Devils waits for a rebound with Luke Maye. (Photo by Streeter Lecka/Getty Images)

The Blue Devils are led this season by a pair of first-team All-America selections in freshmen RJ Barrett and Zion Williamson. Barrett (22.9) and Williamson (22.1) are the ACC’s two leading scorers and looking to become the first freshmen teammates in NCAA history to each average 20 points in a season. Williamson is the first freshman in ACC history to be named the league’s Player of the Year and Tournament MVP in the same season.

In the NCAA Tournament for the 24th consecutive season, the Blue Devils’ 43 all-time appearances are the fifth-most appearances in NCAA history. Duke earned an automatic bid this season by way of its record 21st ACC Championship, and is 64-18 (.780) all-time when playing as an automatic bid. Duke’s overall record in the NCAA Tournament is 111-37 (.750) – the tournament’s best winning percentage all-time.

The winner of Friday’s game advances to the NCAA Second Round, where it will face either VCU or UCF on Sunday. The Blue Devils have played VCU just once previously, and have never played UCF, which is coached by former Blue Devil Johnny Dawkins.