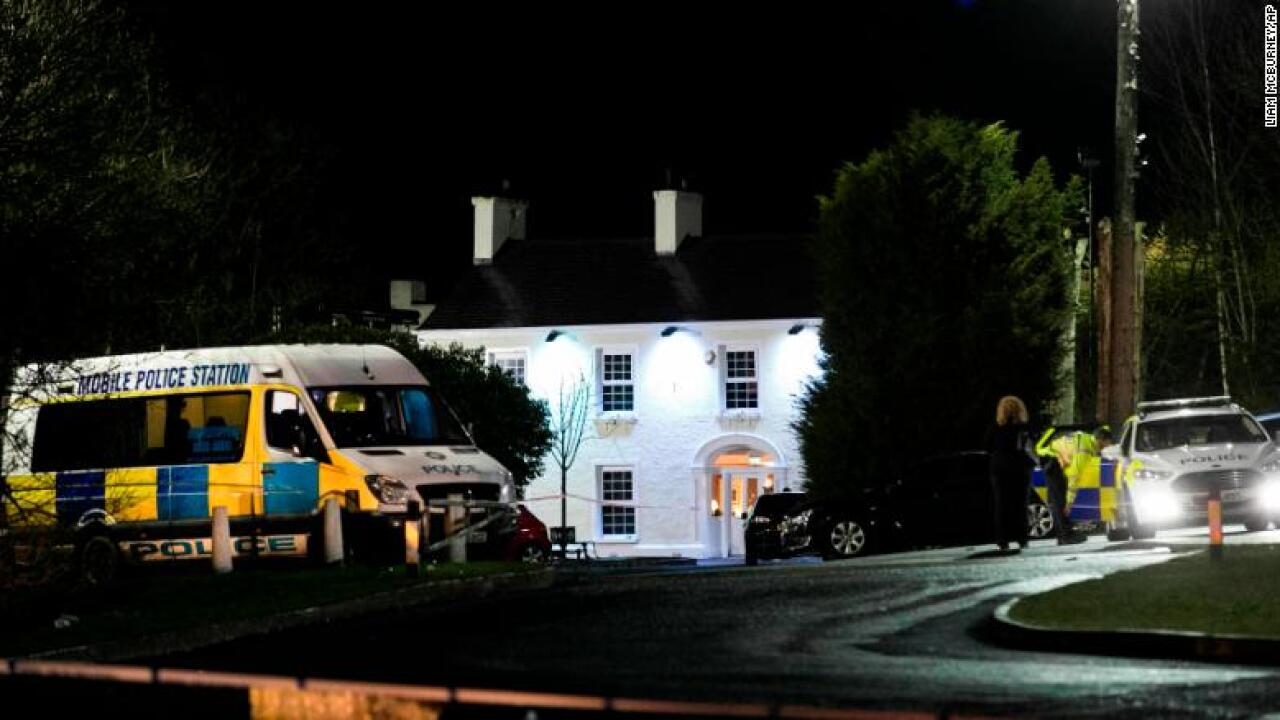 Police say a disco was being held at the hotel. (CNN Wire)

Police say a disco was being held at the hotel. (CNN Wire)

Three teenagers have died in a crush at a St. Patrick’s Day disco at a hotel in Northern Ireland, according to police.

Mark Hamilton, an assistant chief constable with the Police Service of Northern Ireland (PSNI), confirmed that a 17-year-old girl, a 17-year-old boy and a 16-year-old boy had died in the incident, which took place at the Greenvale Hotel in Cookstown, County Tyrone.

Another girl, 16, was in a stable condition, while two other teenagers were treated for injuries.

“Our preliminary investigations show that there was a crush towards the front door of this hotel, and in that crush people seem to have fallen,” Hamilton said in a press conference on Monday.

Initial inquiries indicate that a large group of young people were waiting to enter the disco and there were reports of some fighting after the incident commenced, according to a PSNI statement.

“It is heartbreaking that an event which should have been fun for these youngsters on St. Patrick’s night should end in such a terrible tragedy,” Hamilton said.

“Police arrived within two minutes of the call from the Ambulance Service and quickly secured the scene. We made an urgent appeal via social media to parents of the young people to come and collect them from a friends and family center which was established in the nearby Glenavon Hotel,” he said.

Police are interviewing those present and Hamilton urged parents whose children attended the event to tell police what happened. Hamilton appealed for any photos, videos and dashcam footage of the incident to be sent to police and not shared online.