A computer helped ODU researchers fill out the 2015 March Madness bracket. How did it do? 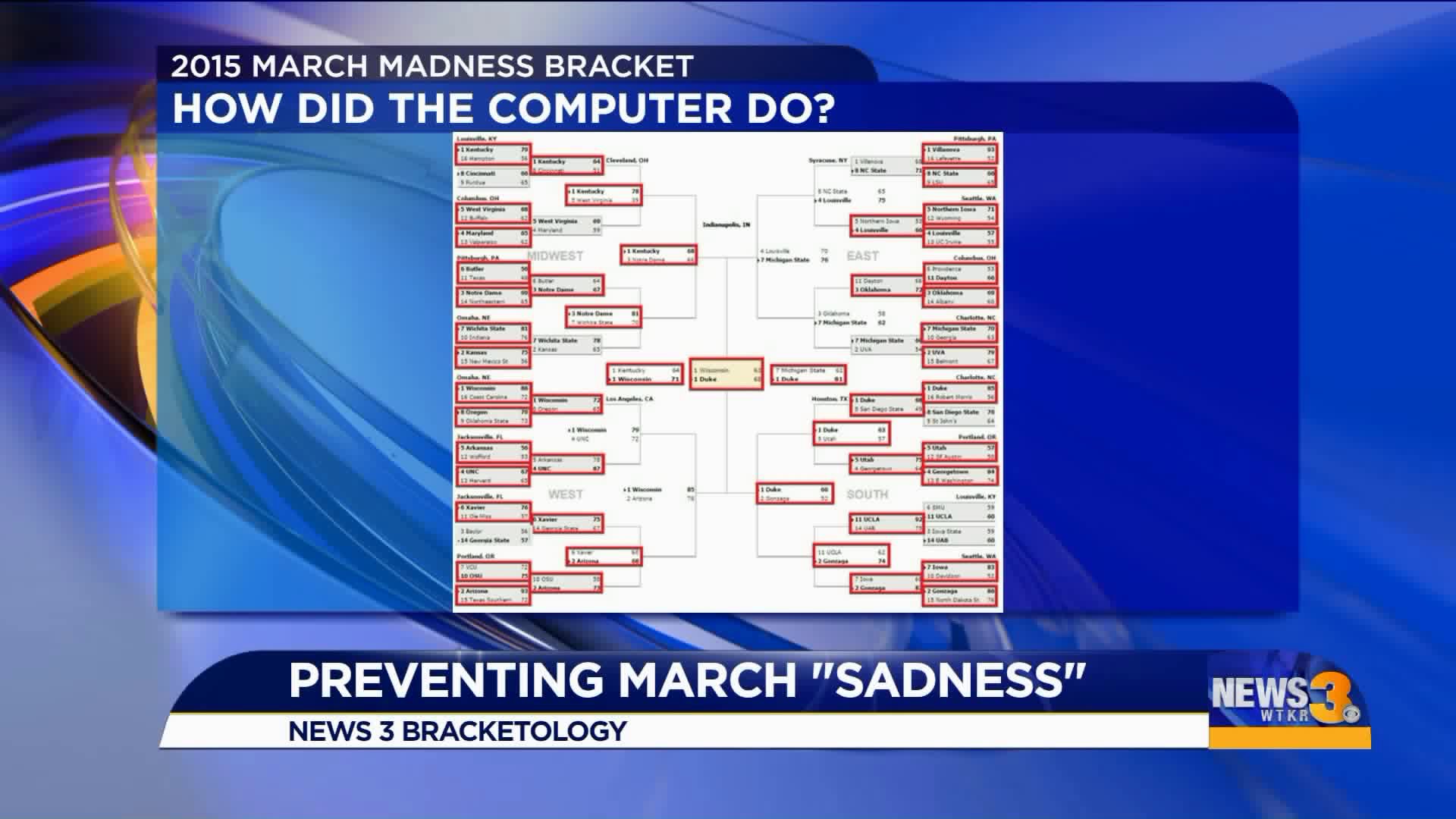 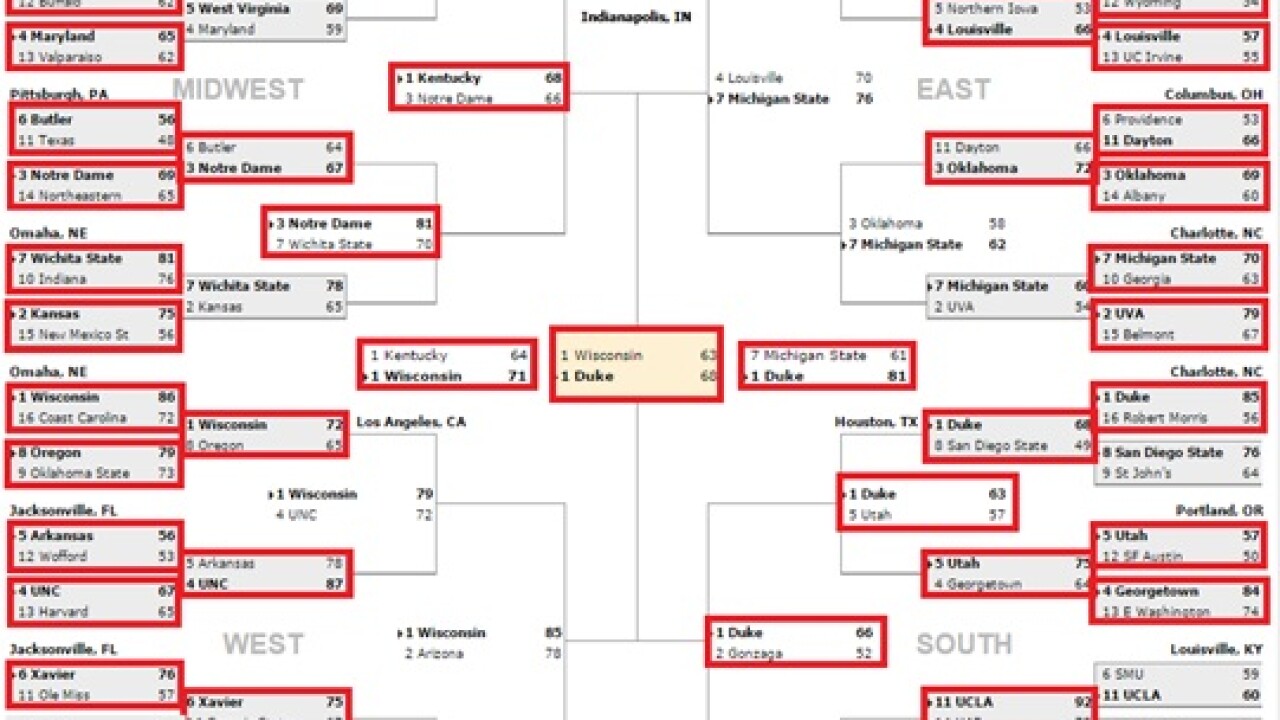 NORFOLK, Va. - 1 in 9.2 quintillion: The odds you'll fill out a correct NCAA Tournament bracket, according to NCAA.com.

The key is picking the right upsets...which is insanely hard.

It's so difficult, researchers at Old Dominion University put a computer to the test in 2015; taking into account a number of different stats.

Li says the computer guessed 49 out of 63 games correctly, which is a solid number.

Just like humans, the computer struggled the most with upsets; incorrectly predicting 3-seed Iowa State over 14-seed UAB, for example.

The computer did, however, correctly pick the outcomes of both semifinal games and the final game, Duke over Wisconsin.

With ODU in the 2019 tournament, Li says he's hoping to release his computer program to the public so people can use it to help pick out their brackets.