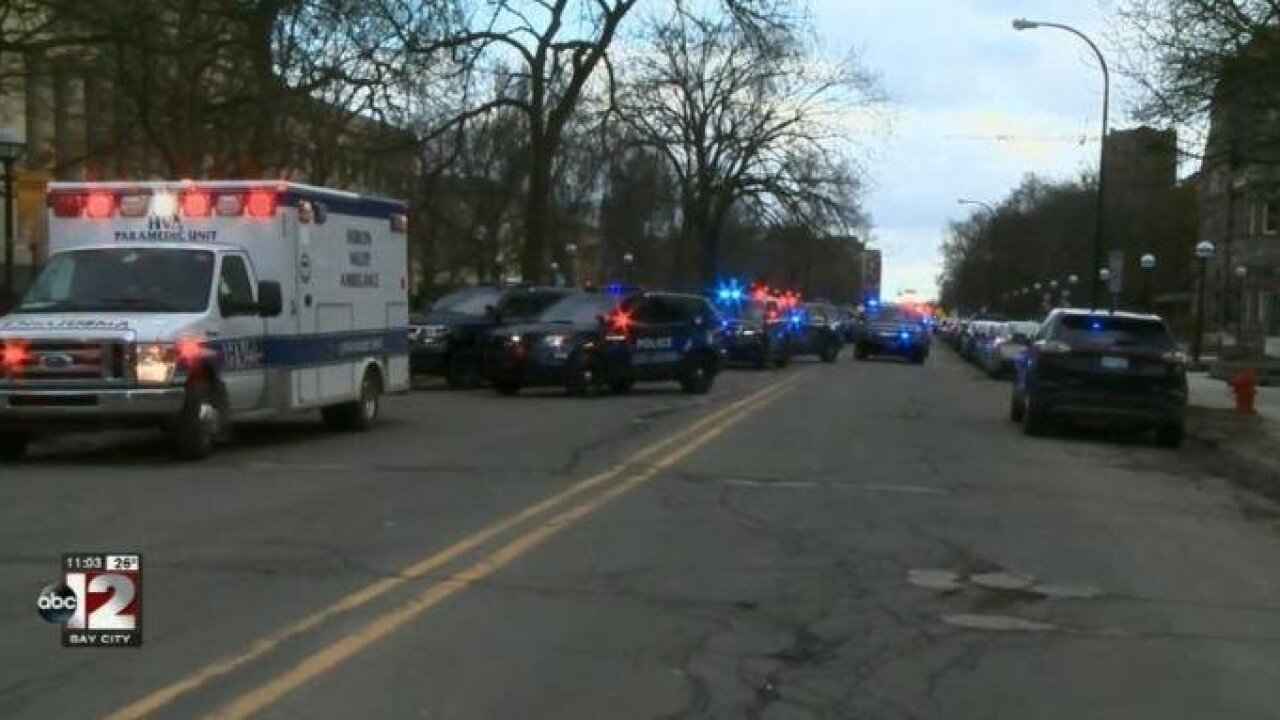 Students in Mason Hall talked of running for cover, as police received several reports of shots fired around 4:35 p.m. from inside the building and outside on the Diag.

A vigil happening nearby remembering the more than 40 people killed in terrorist attacks on a pair of mosques on New Zealand heightened tensions even more.

In the end, police determined that harmless “balloon popping activity” made the sounds mistaken as gunfire.

But that was after the campus and everyone in or around Mason Hall experienced “a traumatic day,” according to Overton.

“So, me and about 50 other people were in a room and we barricaded the doors with tables and chairs,” Taha Syed said.

People who signed up for alerts from the University of Michigan’s Division of Public Safety and Security received an active shooter warning on their phones and emails moments after reports of the shooting were received.

The Ann Arbor Police Department, Washtenaw County Sheriff’s Office, Michigan State Police and FBI all raced to the area of Mason Hall, which is an undergraduate building.

“Police presence has been very impressive, because I was shocked when I walked down the street and saw all of these cops and I had never seen anything like this in my life,” Nick Etsios said.

Overton said the campus police and security office continued providing real-time updates on the situation as investigators searched the building. However, she said “there is no question that incorrect information” was being shared elsewhere.

Less than an hour into the incident, Overton said campus police shared information indicating there was not an active threat to the community.

Investigators concluded there was balloon popping activity in the area where the sounds of shots fired were reported to have been heard. Preliminary information indicates that the activity was not the result of malicious intent.

Despite an hour of fear students are finding the positive in the experience.

“Everyone acted very swiftly and that it gives me hope that if there were a real active shooter that we would be able to handle it,” Syed said.