THE NETHERLANDS – A manhunt is underway after a gunman opened fire inside a tram in the Dutch city of Utrecht. Police have named a suspect in the case, and released a picture of him.

At least three people have died and nine are wounded following the shooting, according to Utrecht mayor Jan van Zanen. He added that three of the injured are in a serious condition.

Dutch authorities are considering “a possible terrorist motive” for the incident, which happened in 24 October Square at 10:45 a.m. (5:45 a.m ET) on Monday, Utrecht police said on Twitter.

Police say Gokmen Tanis, 37, who was born in Turkey, is wanted following the incident; they have asked locals to contact authorities immediately if they see him.

“Do not approach him,” Utrecht police warned on Twitter.

The image, which appears to have been taken from security camera footage on board the tram, is time stamped at 10:41, roughly four minutes before the incident took place. 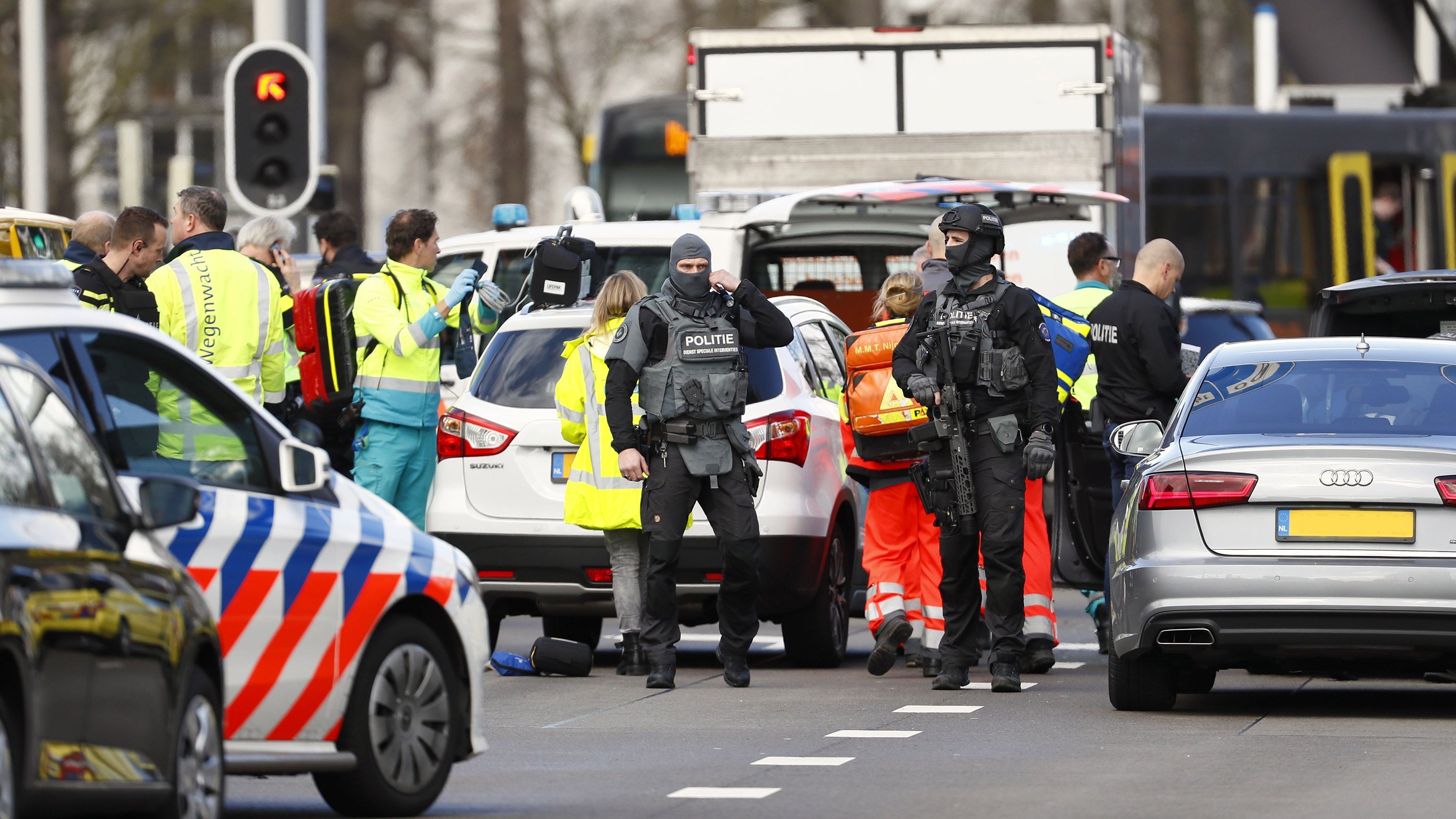 Aalbersberg added in a follow-up post that the threat level in Utrecht Province has been raised to 5 — the highest in the country — meaning critical. It will remain in place until 6 p.m. local time (1 p.m. ET), he said.

The shooting is now over but three rescue helicopters have been sent to the scene — which has since been cordoned off — to “monitor” the situation, police spokesman Joost Lanshage said.

Photos from the vicinity posted on social media show the tram stopped in its tracks with police tape surrounding the area and multiple emergency vehicles nearby.

A CNN crew observed a tarpaulin in front of one section of the tram, which is believed to be shielding a body.

Vincent van Roon witnessed the shooting from his office. He told CNN: “I was there at the moment of the shooting. I’m in a building next to the tram. I heard the shooting and people came into the building, hiding.

Van Roon recalled seeing a heavy police response and medical personnel working on one of the wounded in the street “for a long time.”

Prime Minister Mark Rutte told CNN’s affiliate RTL that he was “very concerned” about the incident.

In response to the shooting, police in Rotterdam — a city around 60 kilometers (37 miles) away from Utrecht — have increased security around mosques and stations in the city, according to a post on their official Twitter account.

The Netherlands have largely escaped terror incidents in recent years. But Dutch police previously foiled what they described as a major terrorist attack last September when they arrested seven individuals in Rotterdam.

Earlier that month, a man was shot by police at Amsterdam’s central railway station after stabbing two American tourists. Authorities said the suspect had a “terrorist motive” but was believed to have acted alone.