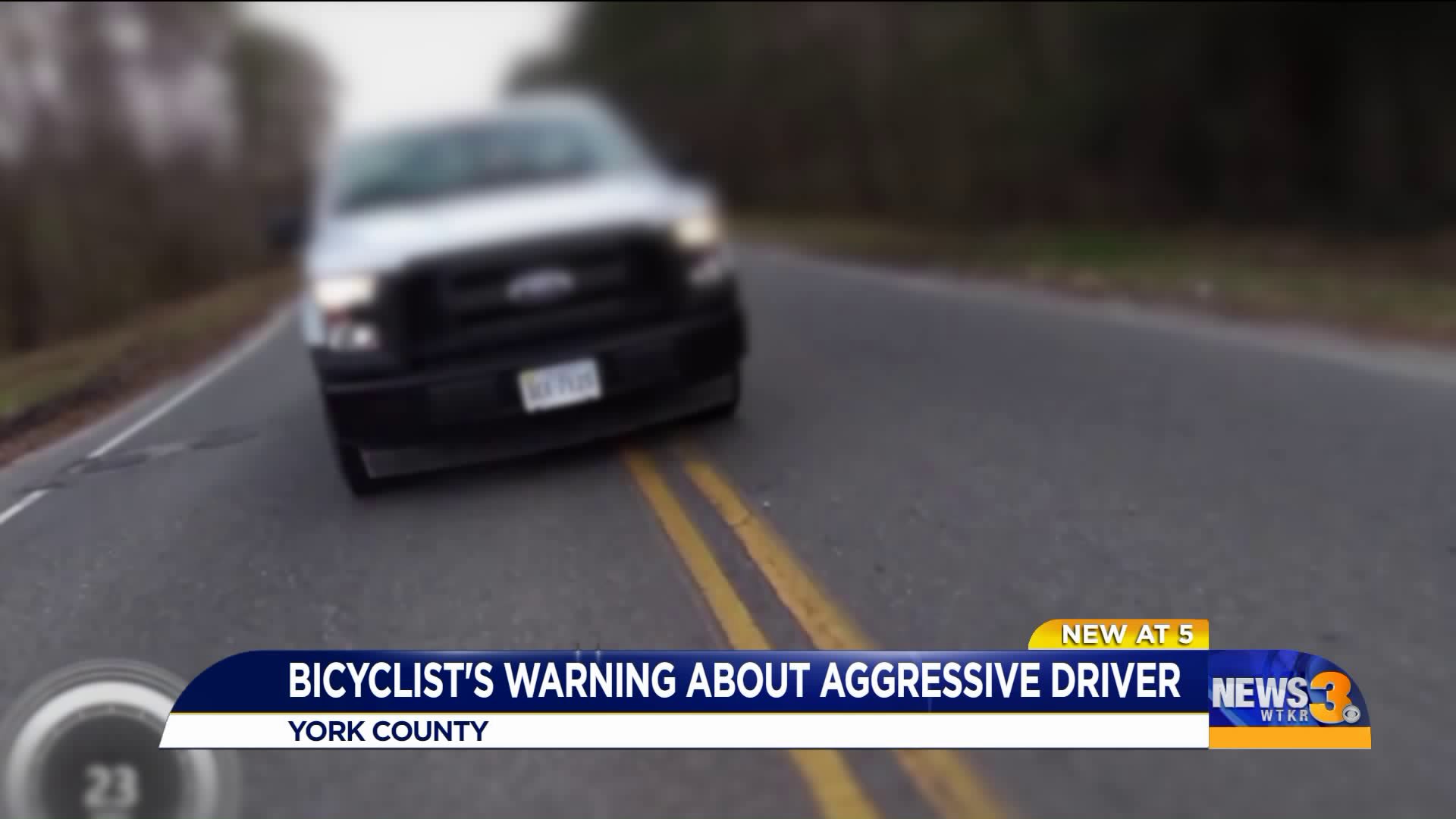 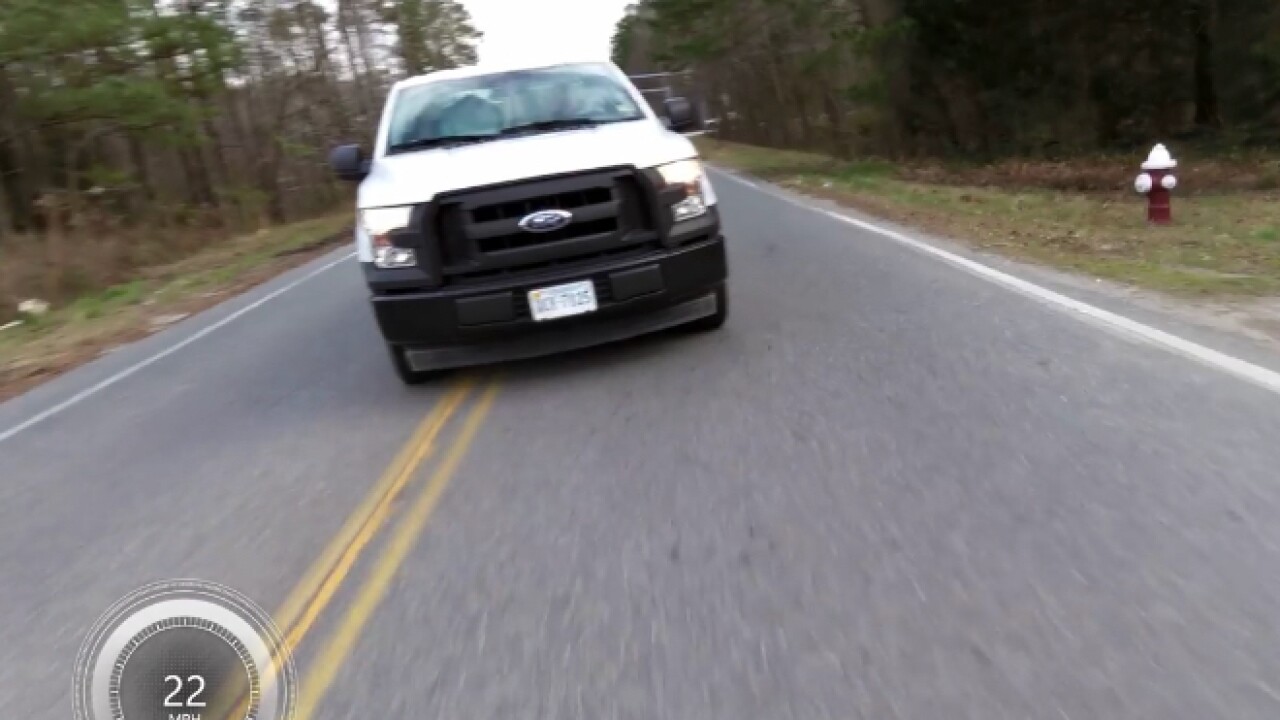 YORKTOWN, Va. - A cyclist was nearly run off the road in Yorktown while on his way home from work.

On Thursday night, Patrick Johnston was riding his bike near the intersection of Victory Boulevard on to Calthrop Neck Road when a driver in a white pickup truck began driving aggressively behind him.

Johnston says he first encountered the driver at a nearby intersection; he noticed they were on their phone. After gesturing to them to put down the phone, Johnston says he heard the rev of an engine.

"As soon as I got ahead of him, he hit the horn and he then he hit the gas," explained Johnston. That's when Johnston says he grabbed the camera on his handlebars.

"I didn’t know what was going to happen," said Johnston. "My camera was on but not filming at the time. I grabbed it off the handle bars and just swung it around and began filming behind me."

Johnston's footage shows the truck dangerously close to him.

"I’m not prone to falling down, but if I did I was going to be going under his tires."

Johnston was able to safely get away from the driver while continuing on his drive home. As he was filming behind him, the truck swerves over the double yellow lines behind him. While Johnston was not injured in the close encounter, he says the incident reminds him of the death of his friend.

In October, Brian Utne was killed while riding his bike.

It's why Johnston says he shared the video of his close encounter on Facebook.

"I wanted to let my cycling community to be mindful of this driver, to keep an eye out for them," Johnston explained. "Warmer weather is coming, and that means more cyclists will be on the road. We have to share the road; it’s a two-way share."

Johnston has reported the close encounter to the sheriff's department. He says they are still investigating the situation.