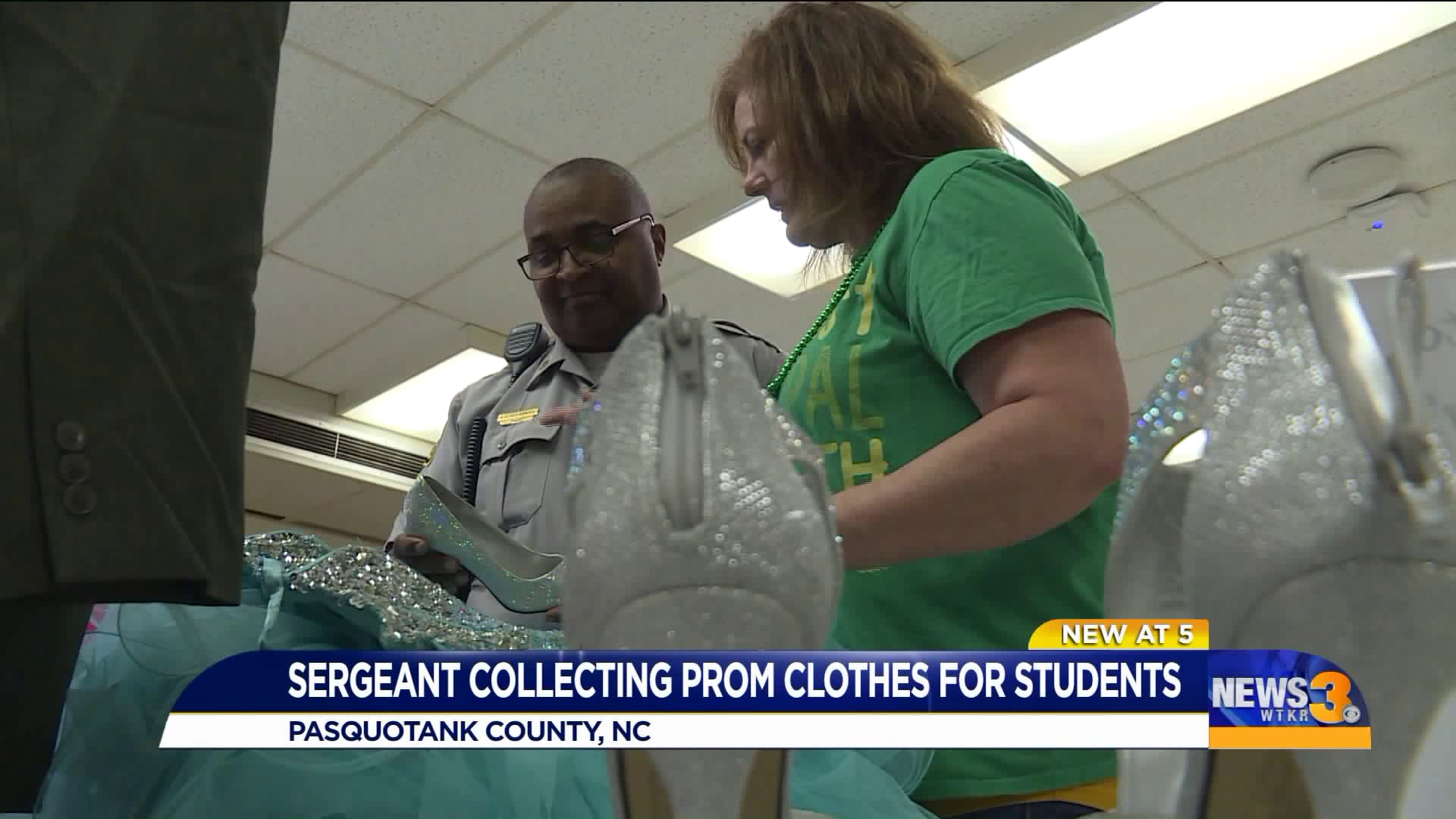 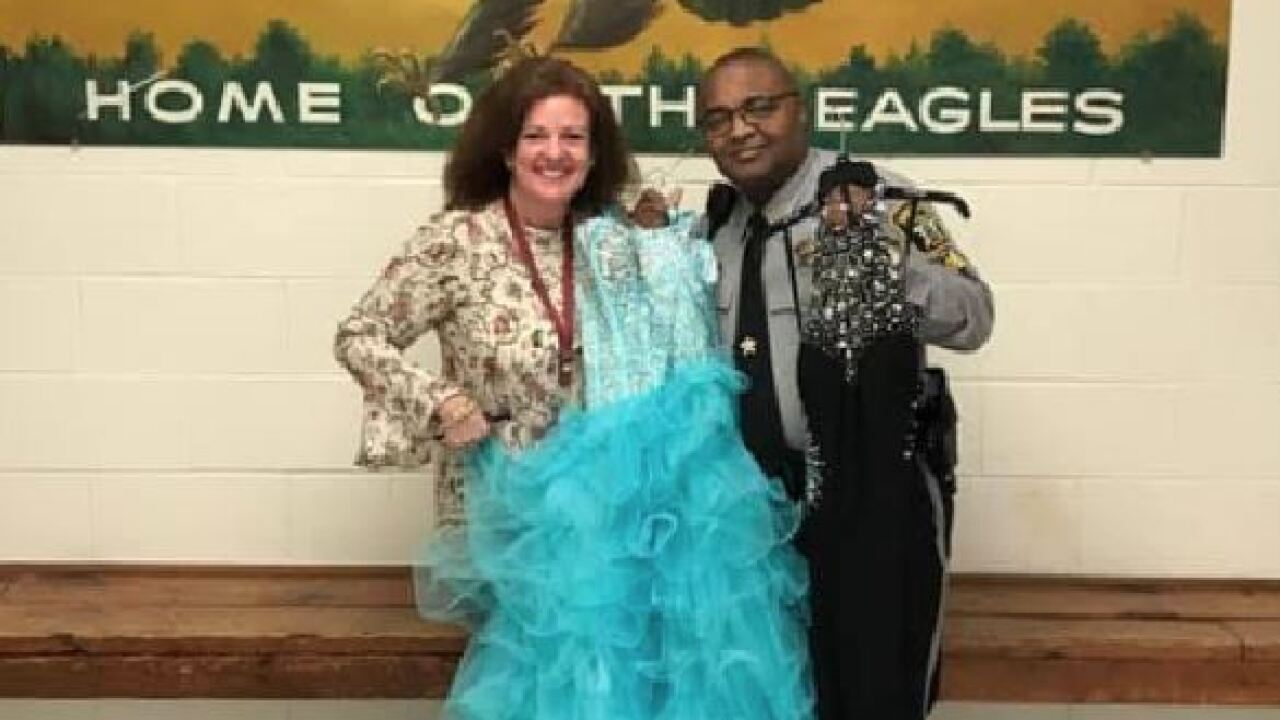 PASQUOTANK Co., N.C., - Sergeant Anthony Alexander with the Pasquotank Sheriff’s Office is taking action for the community by collecting high heels, expensive dresses and tuxedos for young men and women.

Sergeant Alexander has been in law enforcement for 32 years and now works as the head of school resource officers in the county where he grew up.

“Growing up in low income housing, I experienced the police officers coming in on a reactive note and I said to myself, 'If I ever became a law enforcement officer, I would do it different' - and I’m doing it differently,” said Sgt. Alexander.

Right now, there is a room in Northeastern High School with donated prom dress, shoes and accessories for both the teen girls and boys.

“They may not be able to afford prom, but they can come to my closet and get what they need for that wonderful night,” said Alexander.

When Principal Angela Cobb heard about Alexander’s idea, she was on board.

It’s a big year for Northeastern High School. They are celebrating 50 years of being open.

Principal Cobb and Sgt. Alexander have known each other for a long time. They both graduated in 1985, and then Alexander worked under Cobb’s father in the police force.

The former students both attended their prom.

“It’s such an night of elegance and fun and you get an opportunity to just feel valued, and a lot of times kids don’t know how valued they really are,” said Alexander.

“Definitely in need for young men - suits, tux, shirts or whatever,” said Alexander.

Alexander said he takes joy in watching people come together.

“To see the items and things that were given just lets me know this is a community of love,” said Alexander.

If you would like to make a donation, please contact Sgt. Alexander at Northeastern High School at 252-335-2932. You can also take your donations to the Pasquotank County Sheriff’s Office.