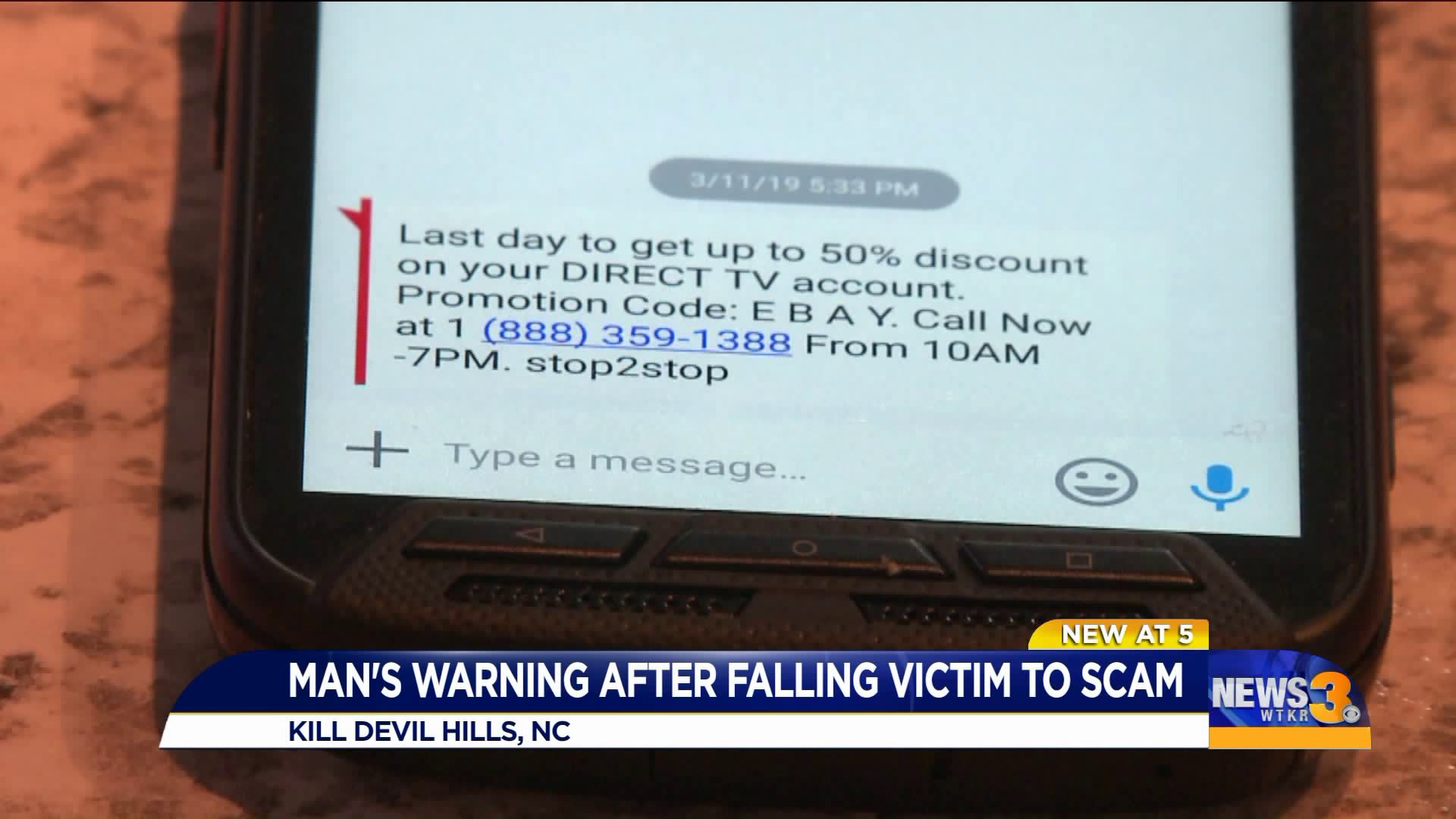 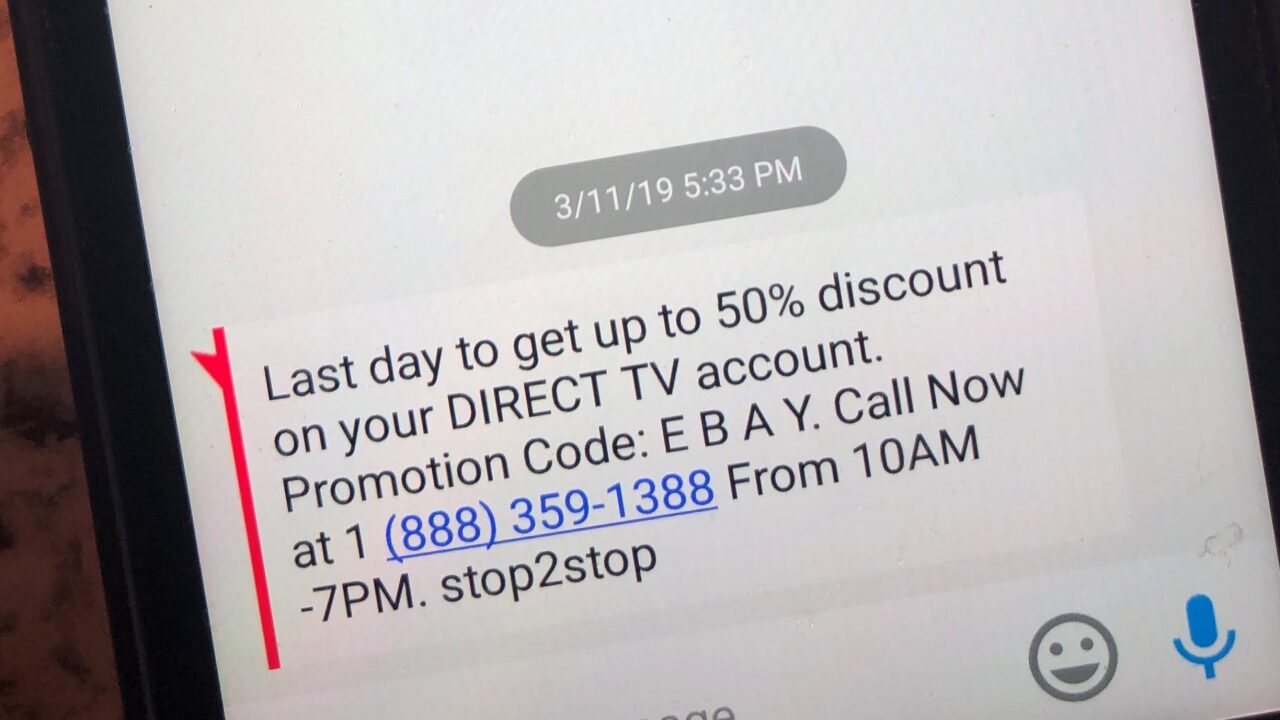 KILL DEVIL HILLS, N.C. - What started with a simple text message that read, “Last day to get up to 50 percent discount on your DirecTV account” and a phone call ended with Will Robertson losing more than $400 last week.

All he had to do was load three eBay cards with the money and give the caller the numbers on the back.

He said the caller then tried to get him for another promotion - wanting $480 this time - but Robertson didn’t want to go back to the store that evening.

“The next morning, I said, 'Something’s not right' because I checked my TV. I didn’t get the premium channels,” he explained.

A quick call directly to DirecTV revealed no such promotion existed.

Robertson said this was the first time he’s fallen victim.

“It was pretty convincing and usually I don’t fall for these scams, just because of... it sounded- with the music and saying the certain promotes. They had my address,” Robertson explained to News 3.

He did admit he should have noticed something was off when they wanted the eBay cards but still felt it was legit.

While they’ve dealt with various schemes, investigators said this is a first.

Police said red flags to stay alert to are pressure from salespeople to pay immediately and using pre-paid cards.

Also, double check with the company in question.

As for Robertson, he’s not sure if he will get his money back.

You can head over to the Federal Trade Commissions website for more ways to spot and avoid falling victim to something similar.