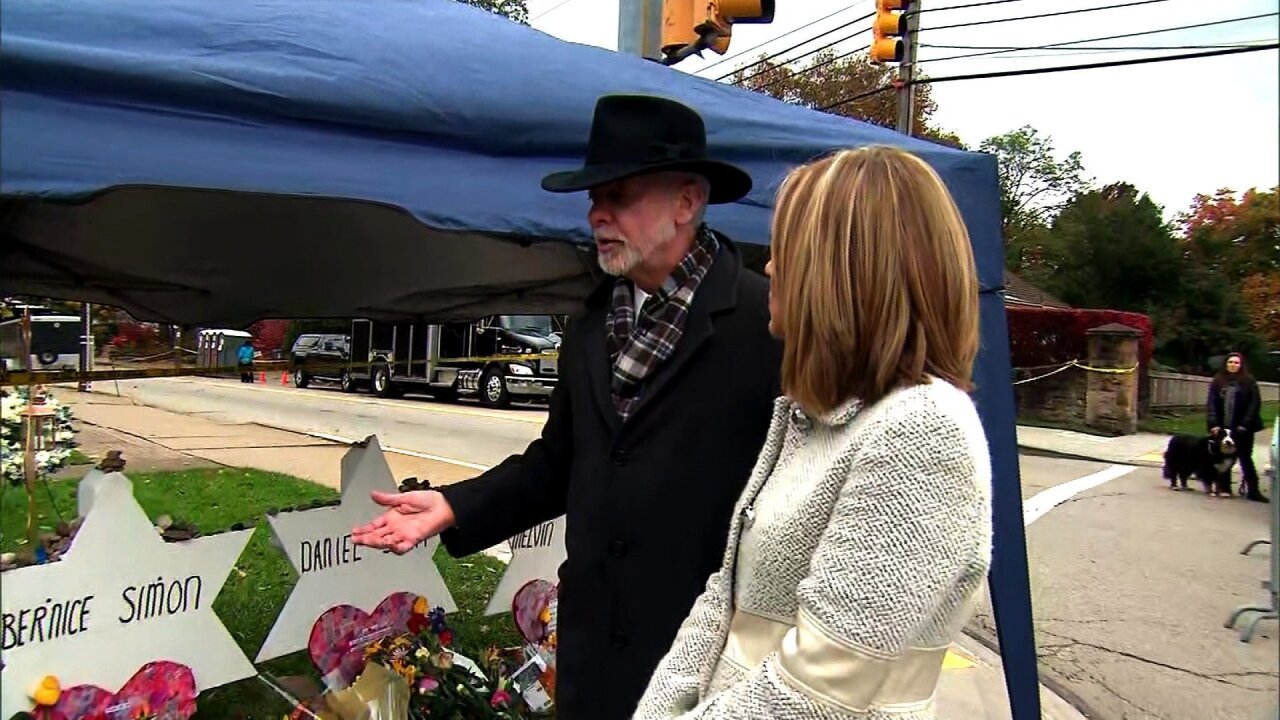 Members of Pittsburgh’s Tree of Life synagogue, where a white supremacist killed 11 worshippers October 27 in the deadliest anti-Semitic attack in American history, have started a campaign to support mourners and victims of a massacre at two mosques in New Zealand.

They are bonded by horror, houses of worship attacked by white supremacists. But Rabbi Jeffrey Myers says he is determined not to let hate have the final say.

Members of Pittsburgh’s Tree of Life synagogue, where a white supremacist killed 11 worshippers October 27 in the deadliest anti-Semitic attack in American history, have started a campaign to support mourners and victims of Friday’s massacre at two mosques in New Zealand.

Members of Pittsburgh’s Tree of Life synagogue, where a white supremacist killed 11 worshippers October 27 in the deadliest anti-Semitic attack in American history, have started a campaign to support mourners and victims of a massacre at two mosques in New Zealand.

According to law enforcement, a self-avowed white supremacist killed 50 people at al Noor and Linwood mosques in Christchurch. The killings came amid a rising tide of religious conflict and white supremacist shootings at houses of worship.

Since 2012, self-avowed white supremacists have attacked a Sikh gurdwara in Wisconsin, an Islamic center in Quebec, Mother Emmanuel AME Church in South Carolina, the Tree of Life synagogue in Pittsburgh and the two mosques in New Zealand.

In a column called “The Piece I Knew I Would Have to Write,” Tree of Life’s Myers said he wept when he heard the news from New Zealand last week.

“It was a bit different for me in a number of ways, as it caused me to relive my personal horror of October 27 as well as meet my expectation that there would be a massacre in another house of worship,” Myers wrote.

“The question was never ‘if,’ only ‘when.’ How does one who lived through the horror respond?”

A day later, Myers’ congregation, which he said still meets in a temporary location, responded. It set up a GoFundMe account that, as of Wednesday, has raised $45,000 to support the victims of the Christchurch attacks.

“We feel compelled to come to the aid of those communities, just as our Jewish community was so compassionately supported only a few short months ago by people around the world of many faiths,” the congregation said on its GoFundMe page.

“We recall with love the immediate, overwhelming support Tree of Life received from our Muslim brothers and sisters in Pittsburgh.”

Last year, a Muslim-run campaign raised nearly $240,000 for Tree of Life victims and their families. Overall donations to Tree of Life reached $6.3 million, according to the Pittsburgh Post-Gazette.

The Jewish Federation of Greater Pittsburgh also is raising money for victims of the New Zealand mosque attacks.

In his column, Myers said that he received an “outpouring of love” from “all races, creeds, colors, sexual orientation, and ages” in the nearly five months since the shooting at his synagogue. He encouraged his congregation to show Muslims the same charity.

“I ask you to share my simple words with others, to reach out not only to the injured communities, but to your Islamic neighbors as well. They are in pain, and need your comfort and reassurance that they are not alone. We might not be able to totally rid the world of evil, but we must do our part to overwhelm it with goodness. I fervently pray I don’t have to write this column ever again.”