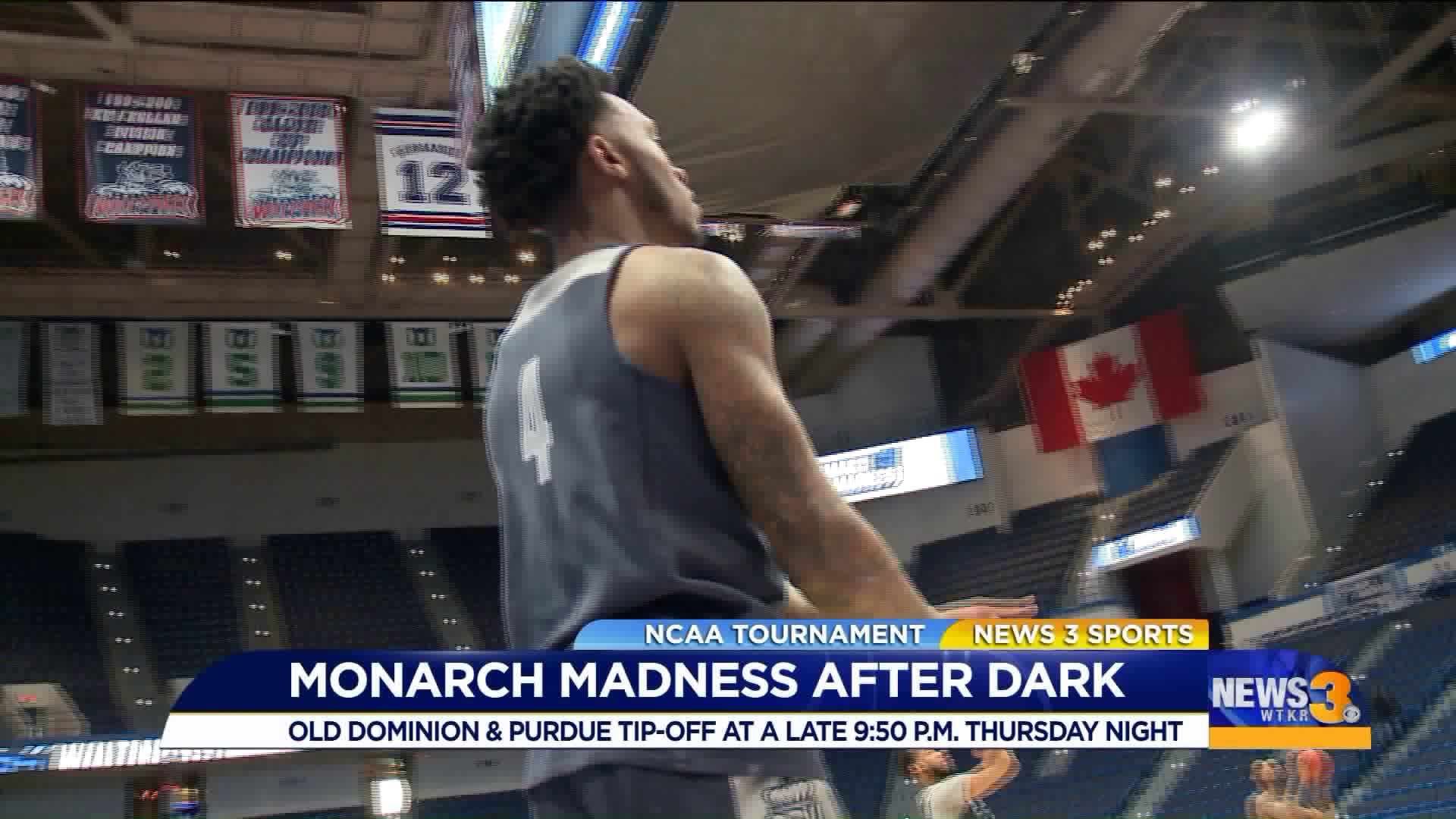 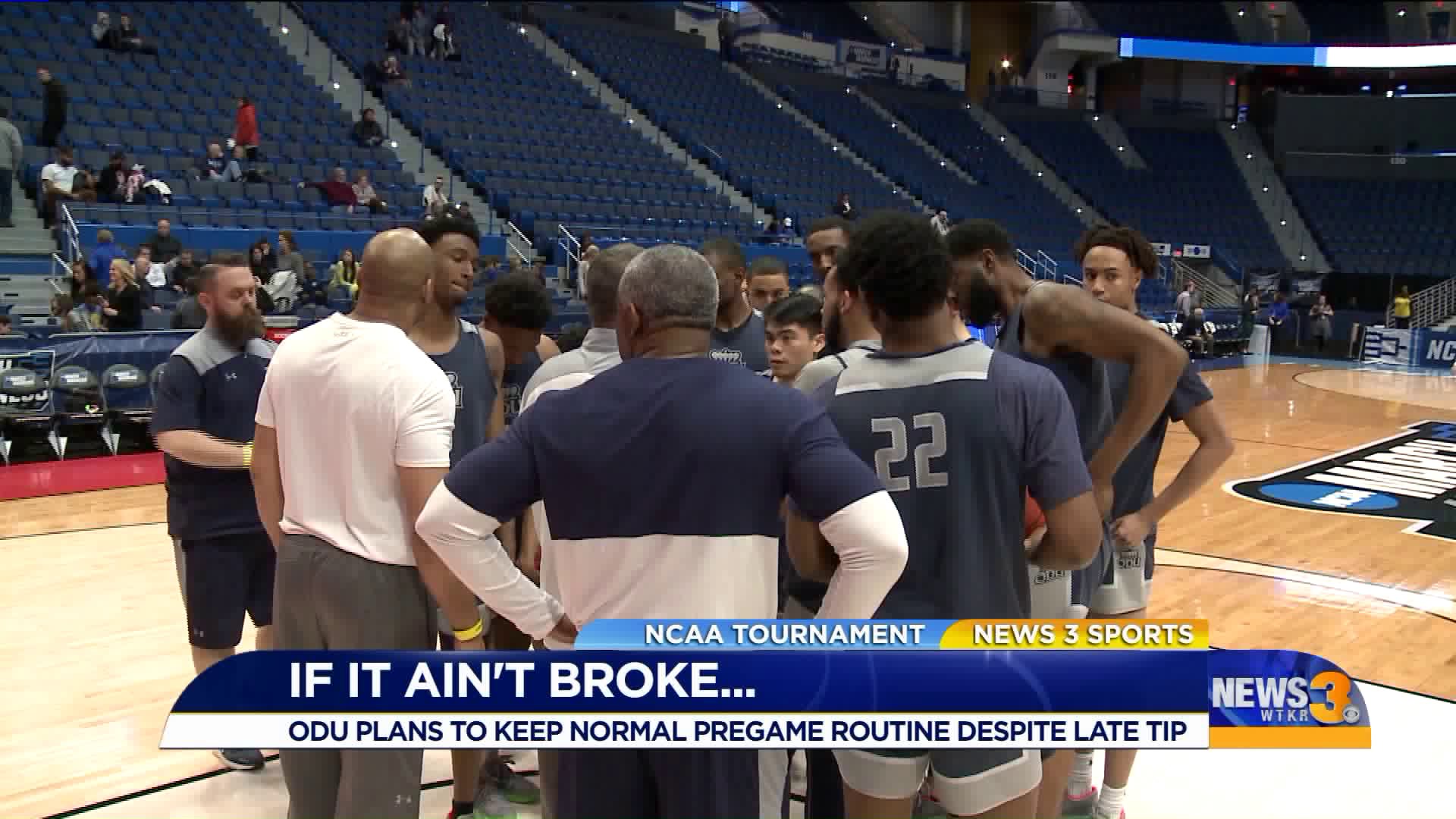 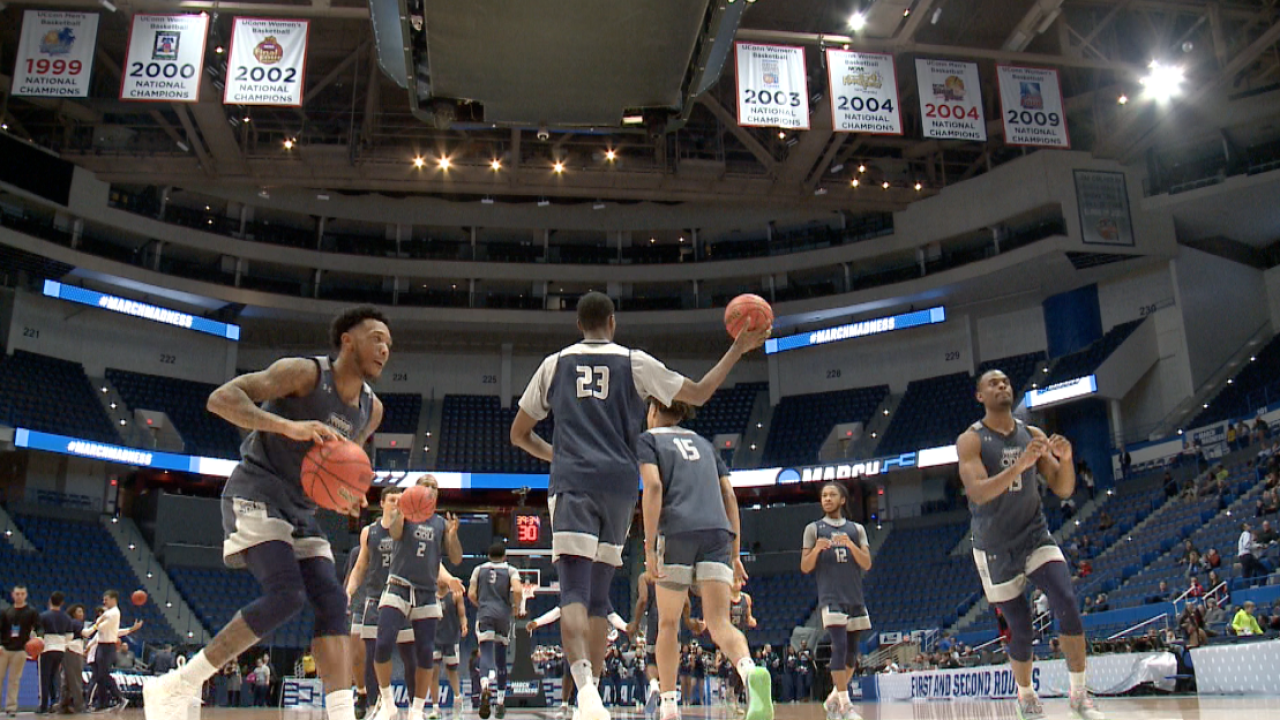 HARTFORD, Conn. - As Old Dominion embarks on what they hope is an extended stay in Connecticut, the Monarchs are checking off some firsts on their list.

ODU is making its first NCAA Tournament appearance since 2011. Secondly, the Monarchs are tipping-off their first round game against Purdue at an unusual time: 9:50 p.m.

One by one, the players told News 3 they've never played in a game that started this late. "I think the latest I've played is eight, maybe?" said senior guard Ahmad Caver.

Due to the sheer number of teams (64), and time constraints to play the first round (two days), teams have to tip-off later than they ever would during the regular season. "It's a big game, the time won't really matter," Monarchs head coach Jeff Jones said.

Seeding apparently doesn't matter either. Purdue, the 3rd-seed in the East region isn't fooled by the 14 beside ODU's name.

"I mean, I feel like they're built like a Big Ten team," said Purdue center Matt Haarms.

"We've seen time and time again that anybody can beat anybody. Last year we saw the impossible happen when a sixteen beat a one. So upsets are common. It's not even an upset, it's two good teams, two really good teams that are going to play each other. Old Dominion fought their way here, earned their right to be here, and we know that and we respect that."