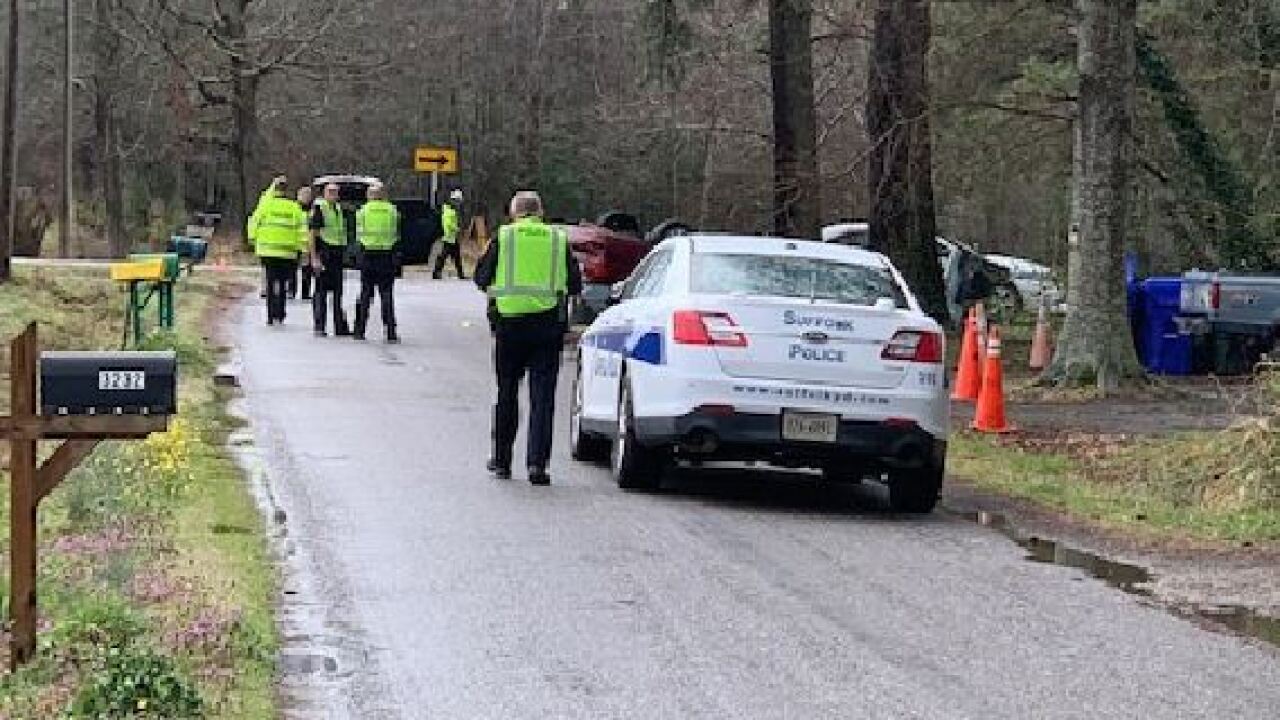 SUFFOLK, Va. – A woman has died after a crash that happened Thursday afternoon.

Suffolk Police and Suffolk Fire & Rescue personnel responded to the scene of the single-vehicle crash in the 3200 block of Archers Mill Road around 12 p.m.

The rural area is located off of Pruden Boulevard/Route 460.

The roadway at this location remained closed for several hours due to the investigation, and reopened at 4:15 p.m.

The causes of Shray’s death and the crash remain under investigation.