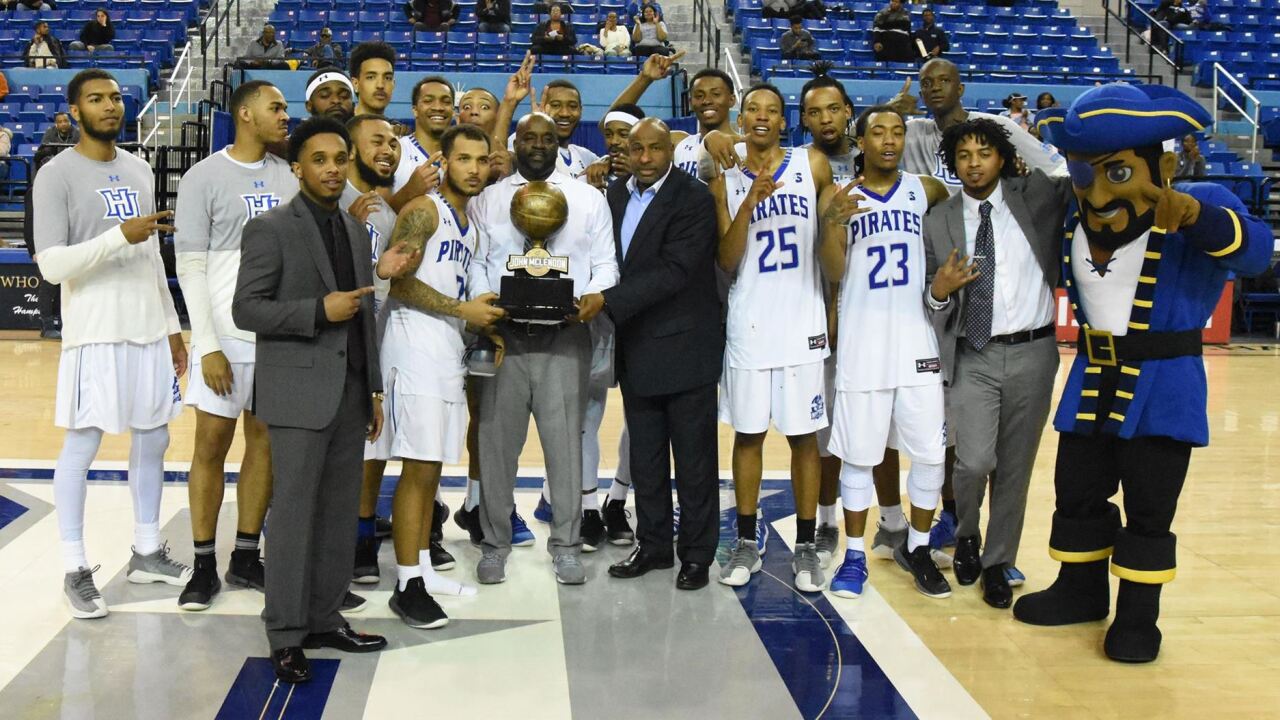 Four Hampton players scored in double figures, including Barnes. Senior Lysander Bracey recorded a season high 17 points. The Pirates shot over 56% from behind the arch.  Junior Greg Heckstall added 12 points and nine rebounds as the Pirates level their record to 16-and-16 on the season.

The Pirates move on in the tournament and their upcoming opponent will be announced soon. One thing is for certain, the Hampton Pirates season is not over yet.