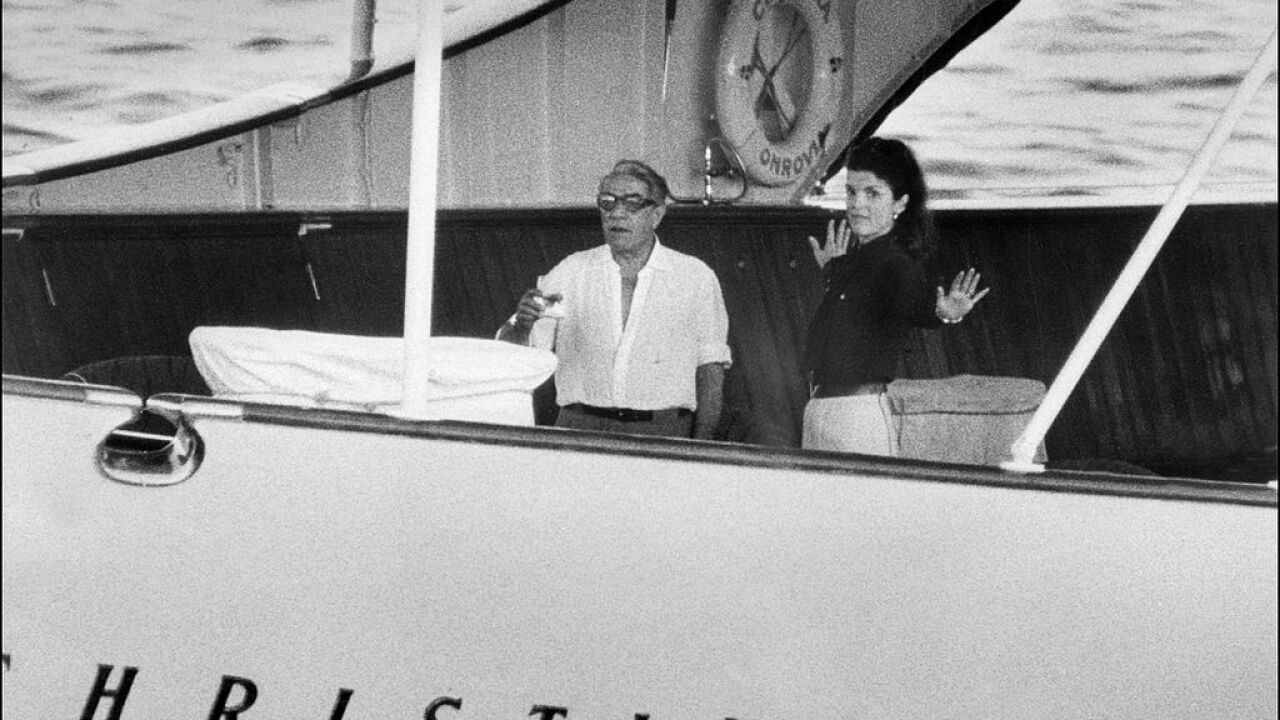 the shipowner Aristote Onassis and his wife Jacqueline Onassis-Kennedy leave Las Palmas in route to La Martinique on board of the yatch Christina, 18 March 1969. (Photo credit should read STAFF/AFP/Getty Images)

Jacqueline Kennedy Onassis’ iconic personal style is still being borrowed by fashionistas around the world.

the shipowner Aristote Onassis and his wife Jacqueline Onassis-Kennedy leave Las Palmas in route to La Martinique on board of the yatch Christina, 18 March 1969. (Photo credit should read STAFF/AFP/Getty Images)

The Christina O was bought from the Canadian government by Jackie’s second husband, Greek tycoon Aristotle Onassis, in 1954. Onassis renamed the yacht “Christina” for his daughter, and it was later renamed “Christina O” by another owner following Onassis’ death.

The Christina O is available for charter through Valef Yachts, a Greece-founded charter company that also has offices in the United States.

In addition to famous previous owners, many of the 20th century’s most prominent figures were guests aboard the Christina O.

Winston Churchill, ballerina Margot Fonteyn, John Wayne, Maria Callas and Marilyn Monroe were all guests on the yacht over the years, and the wedding reception of Monaco’s Prince Rainier and Grace Kelly was held on board.

Accoding to Valef, the yacht is 99 meters (325 feet) long and has 19 staterooms, a dining room with space for 40 people and a swimming pool that can be converted into a dance floor. The biggest suite is, fittingly, called the Onassis Suite, and has a hot tub.

Guests can entertain themselves with backgammon, a library full of books or a night around the on-board piano.

The interiors are primarily pale and muted colors, with one notable exception of the cobalt-blue elements on the stunning spiral staircase. It’s not yet clear whether the yacht features an “Overboard”-style revolving shoe closet.

And those rates don’t include the 20,000 euro ($27,000) security deposit or APA (Advanced Provisioning Account) fee, which goes towards the yacht’s extras such as fuel, food and drink).

“She is in high demand for special events like Cannes Film Festival or Formula One,” a rep for Valef tells CNN Travel.

CNN previously reported that the yacht was sold in 2013 for an asking price of $32 million.