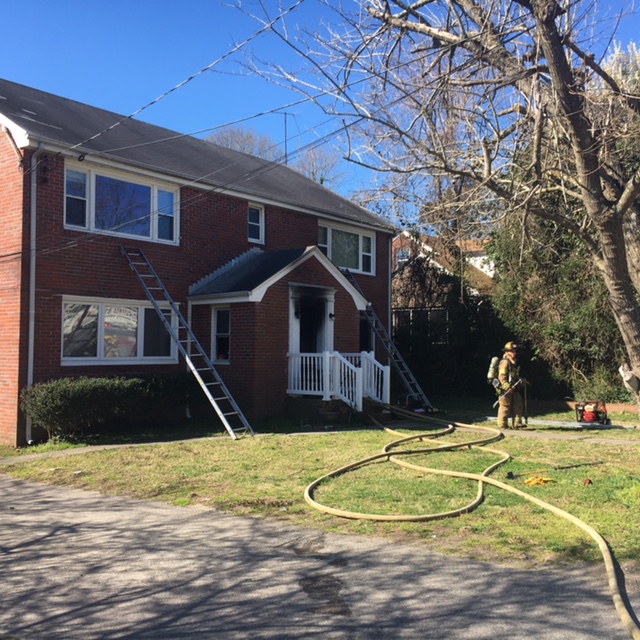 Dispatch received the call at approximately 9:55 a.m. for the fire. When crews arrived, they reported heavy smoke coming from the right front apartment of the multi-family structure.

According to the department, an elderly woman, who was unable to exit the structure without help from firefighters, was seriously injured, suffering burns to her face. Emergency medical services said she was in stable condition, and her injuries were non-life threatening.

The fire was declared under control at 10:02 a.m. The other three units were not damaged by the fire, and the occupants of those apartments were allowed to return home.

Investigators say the fire started when the woman who was injured was smoking a cigarette while using assisted oxygen. The victim, who lived in the downstairs apartment where the fire originated, was the only person injured.

Three other residents, including a mother and a baby, escaped unharmed.

The fire department is reminding everyone to make sure that their homes are equipped with working smoke alarms and to have – and practice – a preplanned escape route.