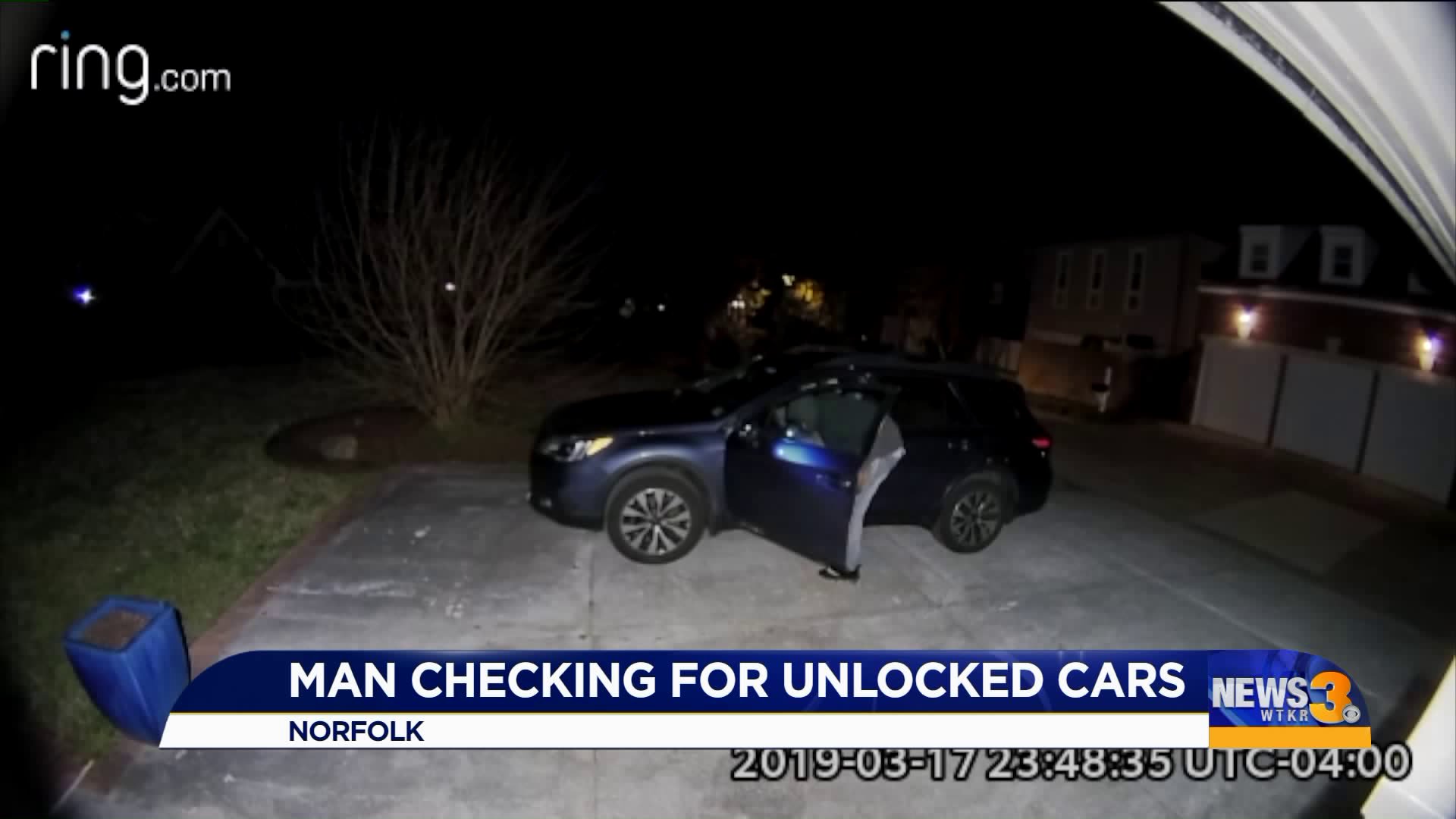 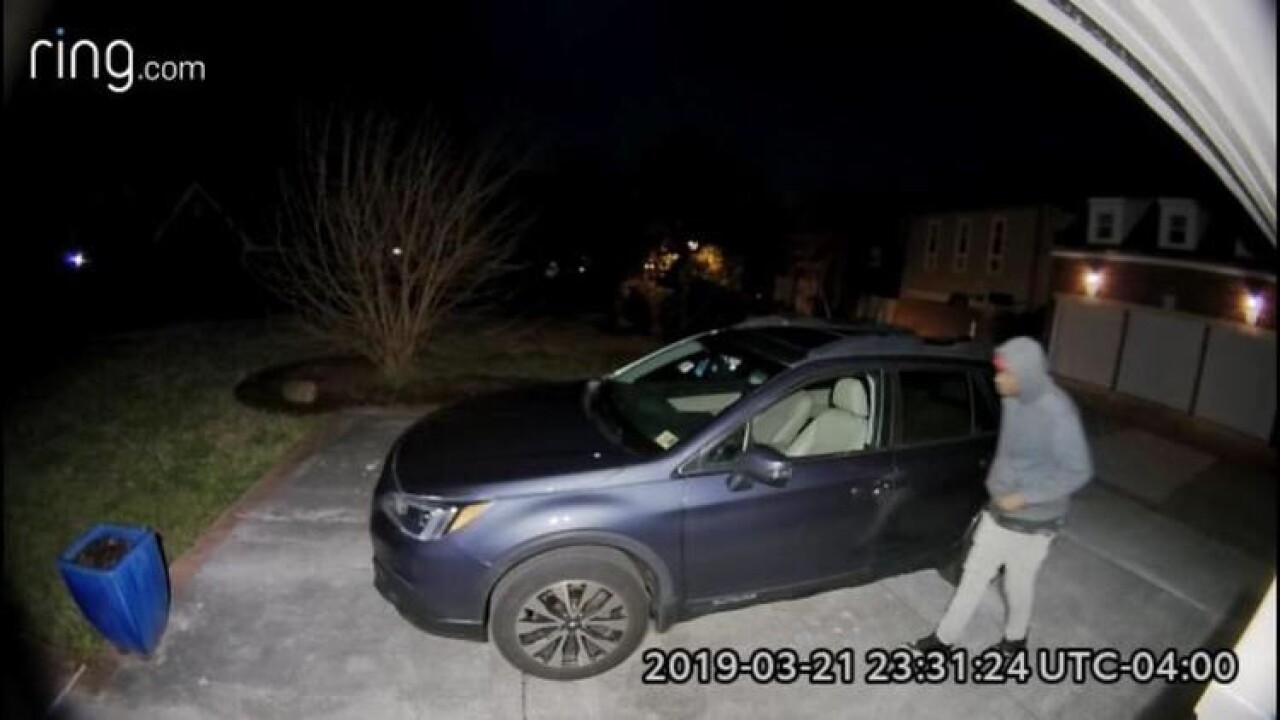 A Norfolk woman is warning others after catching a man walking through her neighborhood in the dead of night checking for unlocked cars.

The woman didn’t want to be identified, but was almost burglarized twice in one week.

The victim shared her home surveillance video with News 3.

The video caught a man outside her house just before midnight last Sunday.

“He’s just casually walking down the street, comes up the drive way,” she says while watching the video. “I don’t know why he would think that he should check the car. I guess he might just be checking every car in every driveway.”

It happened in a Ghent neighborhood where many people don’t have their cars parked in their driveway.

“He spends like a full minute or two minutes rifling through the car, checking every compartment and then when he’s done he just casually comes back out of the car,” she says.

The victim says the man only got away with $20 on the rare occasion the family accidentally left the car unlocked.

Four days later, security video shows a guy dressed in the same clothes back at the same house to check the car door handle.

“I guess he just figured he got lucky once so try us again,’ she says.

The door was locked this time. The man walked away shortly after approaching the car. Nothing else was taken from the family except their peace of mind.

“It does definitely make me uneasy and I feel like it’s just an invasion of my personal space and property. Someone could be checking our car doors every day for one year and we wouldn’t have any idea if we didn’t have it on video, she says.”

She says some of her neighbors have had the same problem and she’s encouraging others to be vigilant.

“I would tell people to be careful and just try to get some kind of home security system to keep themselves and their property safe.”