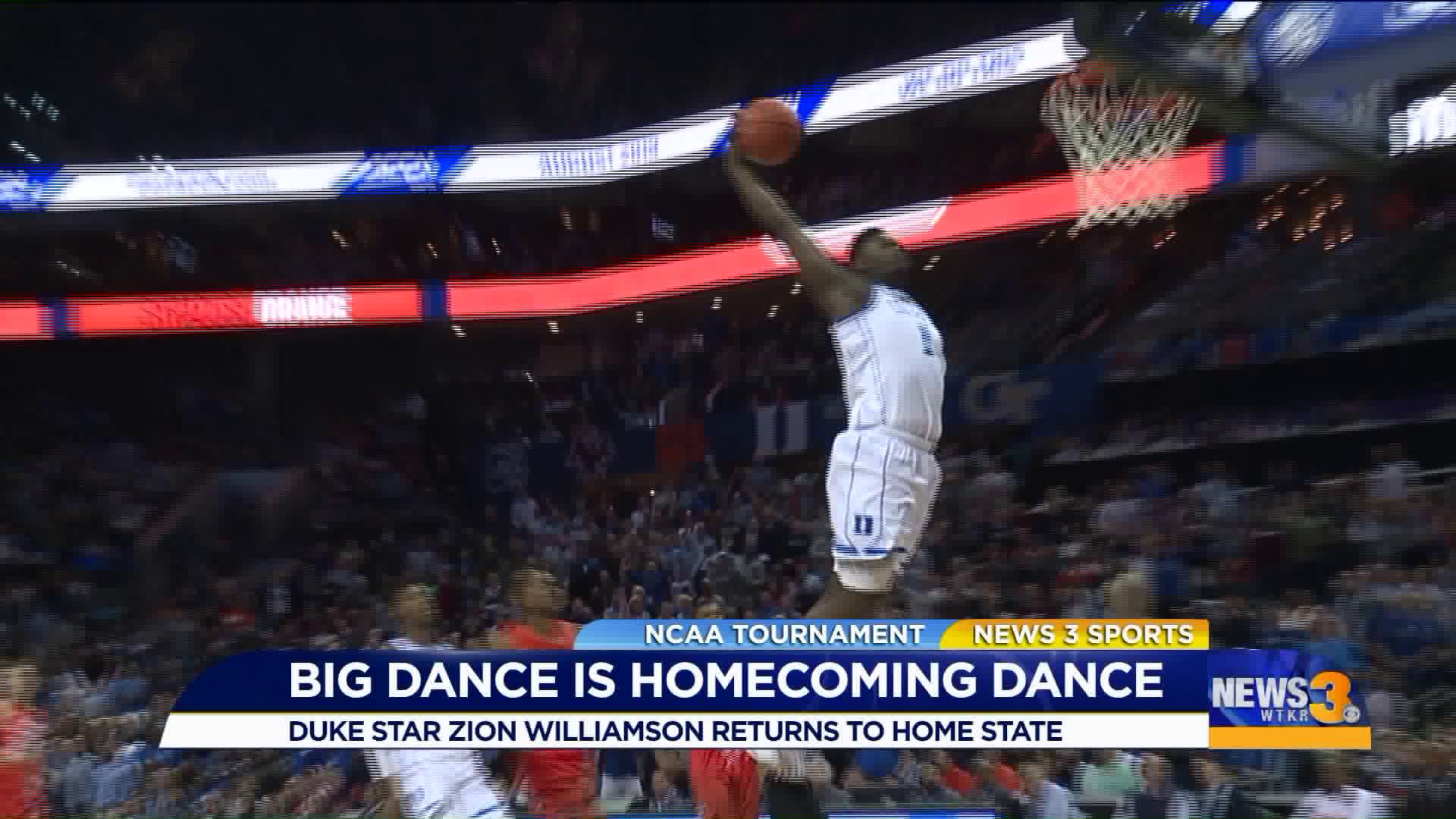 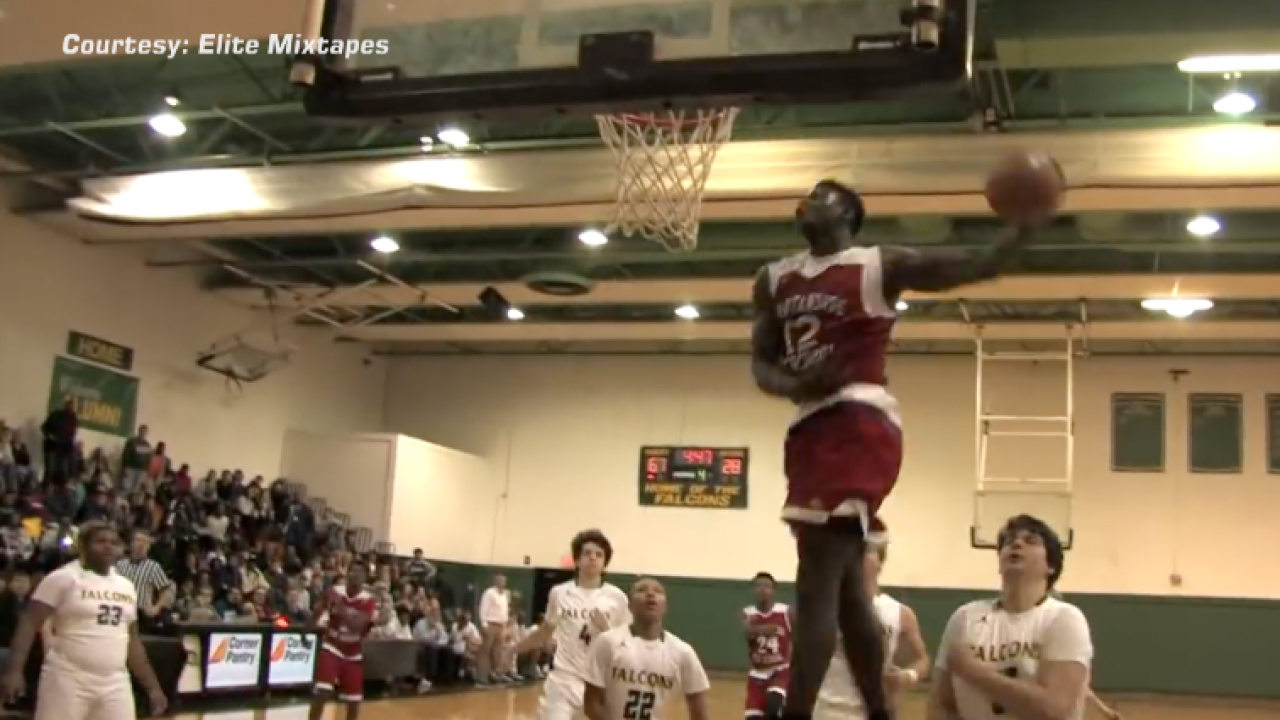 COLUMBIA, SC - A significant storyline at the NCAA men's basketball tournament in Columbia, South Carolina is the homecoming of Zion Williamson.

The Duke superstar is from Spartanburg, South Carolina - about an hour and a half northwest of where this weekend's first and second round games are being played. However, some folks in Columbia had their eyes on Zion long before the NCAA Tournament came to town.

When watching a Duke game, witnessing a Zion Williamson dunk is like spotting a Palmetto tree on a stroll in South Carolina: you'll see them early and often. And like the Palmetto, the official state tree of South Carolina, Zion is rooted here.

Before the hair-raising hoopster was lighting up college basketball with phenomenal flushes, his soar to stardom made a pass through the gymnasium at Ben Lippen School in Columbia.

"At practice the days before the game, I told my players, 'If you let Zion run free, you can be seen by thousands of people on YouTube," John Combs, head boys basketball coach at Ben Lippen School explained to News 3. "Unfortunately I was wrong. It was seen by millions of people on SportsCenter over and over and over again."

December 2016, Zion's junior season at Spartanburg Day School, an absurd alley oop windmill landed him, for the first of many occasions, atop ESPN Sportscenter's Top 10 plays.

"My teammate Bishop Richardson caught the ball on the wing," Zion recalled to News 3. "I was running, and when he threw it, something in my mind just said 'I have to make this one special'.

The Falcons players on the floor could be considered the founding fathers of a fraternity growing by the day: defender on a dumbfounding dunk by basketball's most-exciting player.

"I see my friend and Zion running together. Oh no, he's going to throw him a lob."

"He turned on the jets, it seemed like six feet in the air."

"I look up and see Zion, head at the rim, catches it and does a windmill. The whole gym went crazy."

Jack Wegren (number four) and Alden Gibbs (number 55) are indirectly linked to the legendary flush. But the dunked-on duo has no grudge from the jam. In fact, it's the opposite.

"Playing against him, being around him - he's so down to earth," Gibbs, a Ben Lippen junior, revealed. "I hope he excels in whatever he does."

"It's cool to see how he's still doing the exact same thing he was doing in high school - but against Division I athletes," Wegren, a senior, admitted. "That just goes to show you how good of a player he is."

"I absolutely root for Zion," Coach Combs noted. "I like to see guys from the state of South Carolina do well and represent our state well. He's a tremendous ambassador for the state."

Combs, Gibbs and Wegren, like many South Carolinians, are excited to see Zion back on the court in the Palmetto state this weekend. Especially since he's dunking on someone else now.