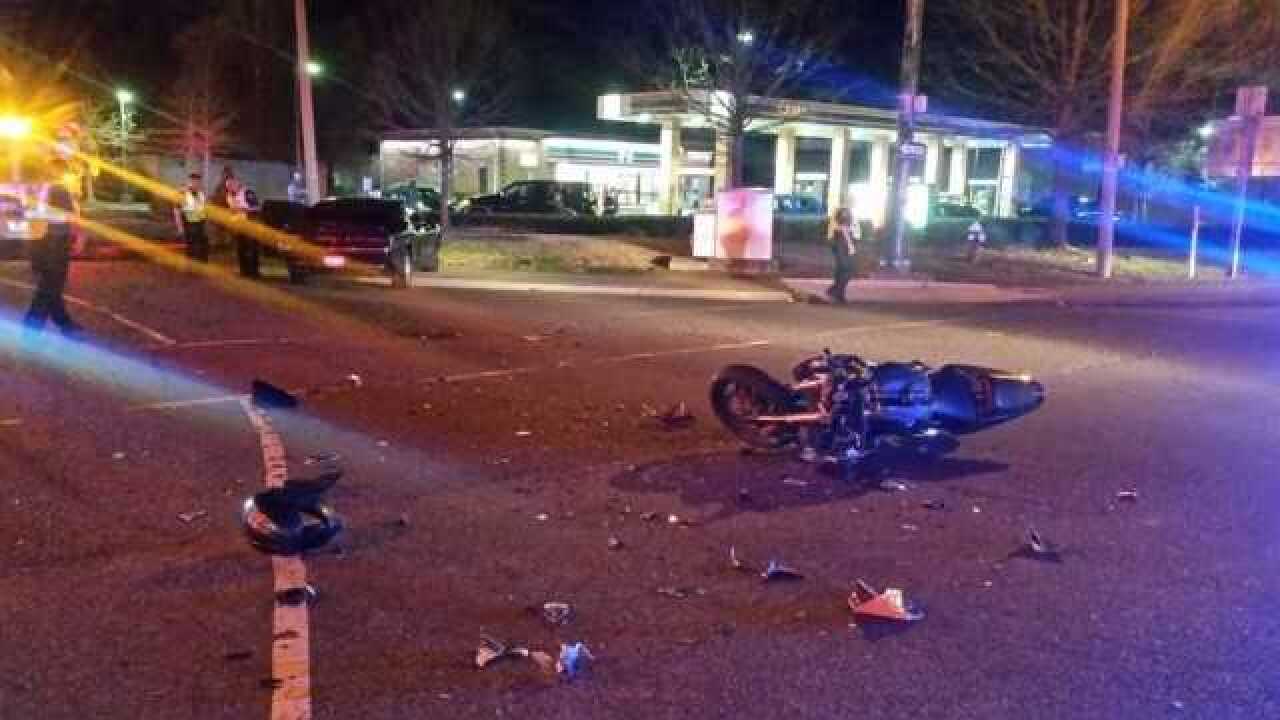 Dispatchers received the call just before 8 p.m. for a motorcycle crash at Jefferson Avenue and Denbigh Boulevard.

Police say the teen was traveling southbound on Jefferson Avenue when witnesses reported that he failed to stop for a red light. He then struck a 2018 Dodge Charger.

The Charger was turning westbound onto Denbigh Boulevard from northbound Jefferson Avenue at the time of the collision. The driver of the Charger was not injured.

The 19-year-old was transported first to a nearby hospital, then airlifted by nightingale to another hospital due to his injuries. He was wearing a helmet during the time of the crash.