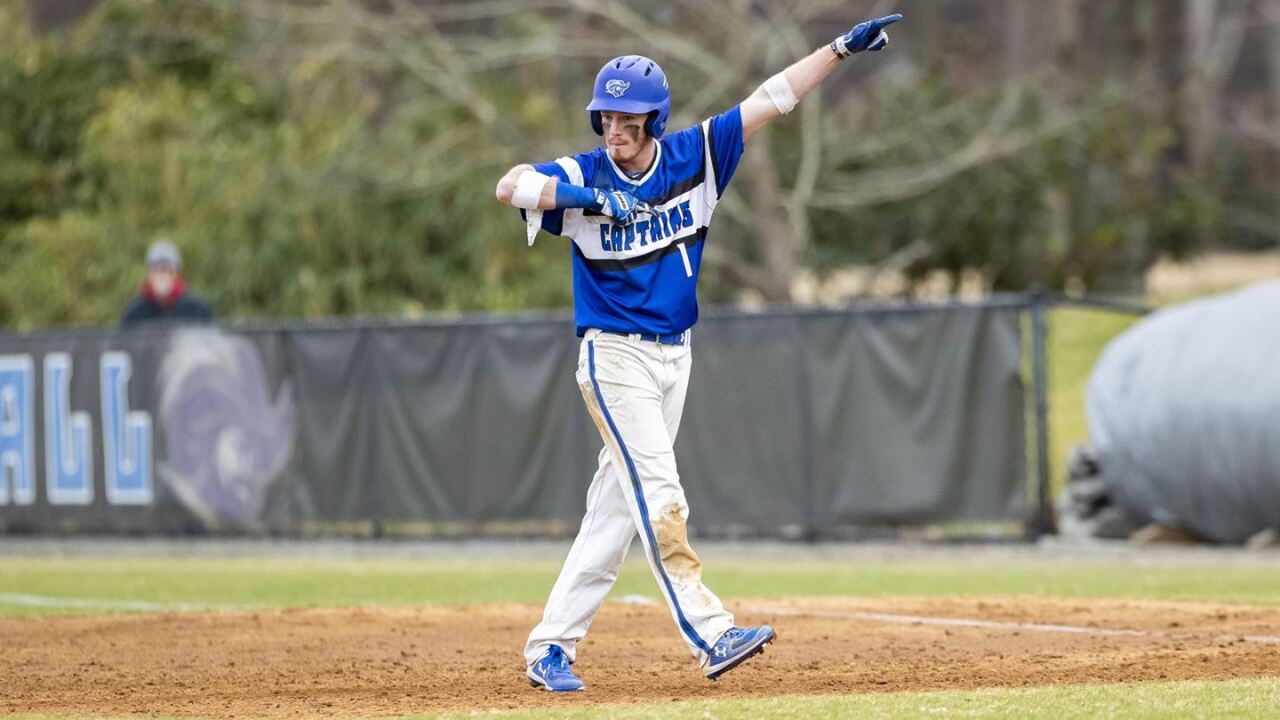 NEWPORT NEWS, Va. — For just the second time in school history, the Christopher Newport baseball team is the top-ranked team in the nation. The Captains improved to 17-2 last week and moved up from number two after garnering 16 first-place votes and 613 total points in the rankings.

Christopher Newport earned the program’s first ever No. 1 designation on April 17, 2011 when it became just the second team sport in school history to earn a spot atop the national rankings. The only two sports to ever earn the nation’s top spot in the national poll during the regular season are men’s soccer and baseball. This week’s ranking marks the first time any sport has been ranked No. 1 in the nation since the volleyball team was named the preseason favorite in the 2012 AVCA poll.

The move up to number one comes a week after CNU was recognized as number two in the nation, but did not pick up a single first-place vote. After a 4-0 week that ran the Captains current win streak to eight games, CNU received 16 of a possible 25 first-place votes and shot to the top of the Week 5 rankings. Rounding out the top five in order are Concordia-Chicago (584 pts), Trinity-Texas (544 pts), Swarthmore (518 pts), and Texas Lutheran (499 pts).

Head coach John Harvell leads the team for his 19th season at the helm, guiding the Captains to one of the best starts in program history. CNU is 17-2 overall with a 6-0 mark in Capital Athletic Conference action. After scoring 53 runs in four games with three shutouts, the Captains lead the nation in runs scored and runs per game while ranking in the top ten in walks, doubles, hits, home runs, on-base percentage, and slugging percentage. The pitching staff ranks 34th nationally in earned run average while holding opponents to just 6.74 hits per game, ranking ninth nationally.

At the top of the dangerous CNU offense is sophomore Conner Clark, who leads the nation in stolen bases with 23 thefts this season. He also ranks seventh nationally in runs scored and 25th in total hits. Senior Nicholas Baham ranks eighth nationally in home runs, with six blasts so far this year, and 10th in RBI, with 27, while Seth Woodard is among the national leaders in walks, doubles, runs and RBI.

This week, the Captains are off during the week until a three-game series at home starting Friday, March 29 at 3:00 pm against Mary Washington. After a single game Friday, the Captains and Eagles will square off in a doubleheader on Saturday starting at Noon.

The Captains were also ranked No. 4 in last week’s Collegiate Baseball ABCA Top 25. The next edition of the coaches’ poll is expected to be announced on Tuesday.