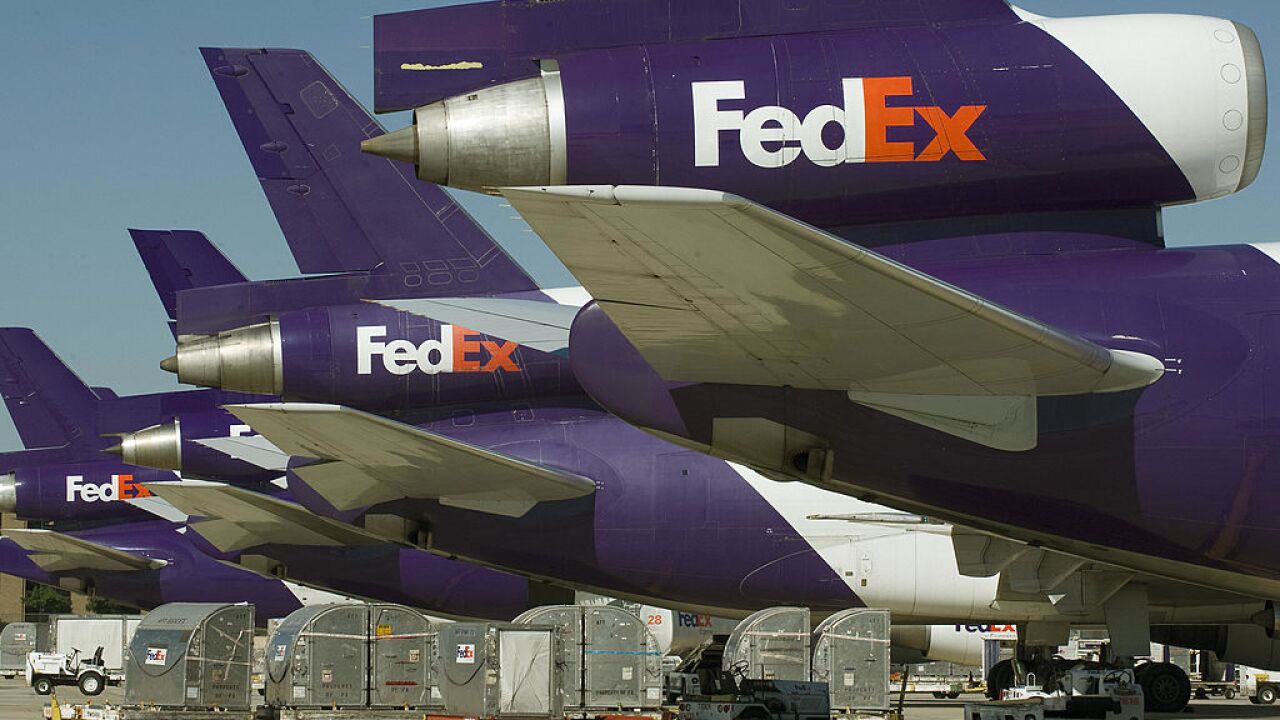 Federal Express cargo jets are lined up at the Memphis, Tennessee, Headquarters World Hub, where many of their 675 world wide fleet of aircraft wait to be loaded with packages and documents October 9, 2008. The FedEx Memphis hub is a giant operation with over 10,000 daily employees on a 727- acre facilty that processes the majority of FedEx documents moving in, out, or thru the US within hours to the destination city. AFP PHOTO/Paul J. Richards (Photo credit should read PAUL J. RICHARDS/AFP/Getty Images)

NORFOLK, Va. – A FedEx Airbus A300 made an emergency landing at Norfolk International Airport around 11 p.m. Monday evening.

According to airport officials, the FedEx plane was reported to have a warning light in its avionics compartment and made a safe landing.

There were no reported injuries nor damage caused by the landing.

No further information was released by Norfolk International Airport or FedEx.