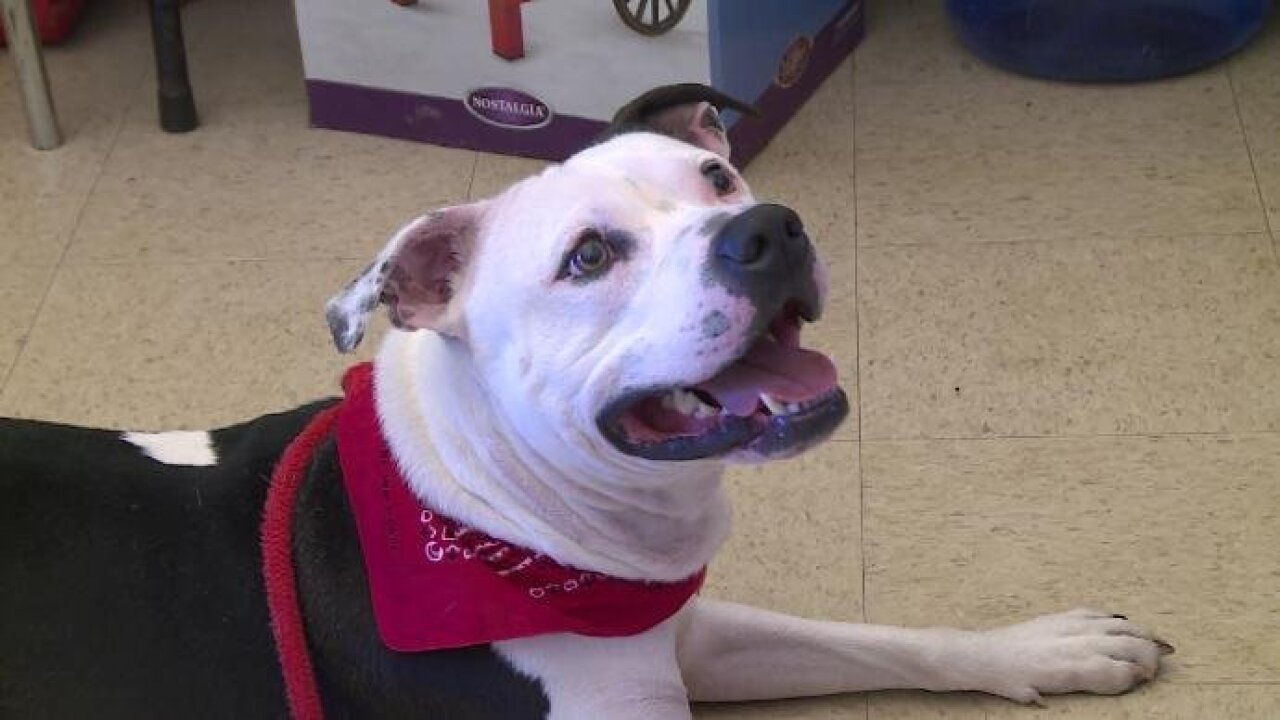 Months went by but no one claimed him and no one adopted him.

For Sharon Sperow, who fosters animals, Blake stood out.

“He was here for a couple months and wasn’t doing very well, so in December I decided to take him to my house and let him decompress and relax and get out of the shelter life,” said Sperow.

The two-year-old Pitbull has been working with her for months.

The more Sperow worked with him, the more she thought he was special. She began thinking he could serve a purpose – as a K9 detection dog.

Blake matched the criteria and Animal Farm Foundation in New York, who works to get Pitbull’s out of shelters and into police stations as detection dogs, agreed.

They found him a spot with Sector K9 in Texas and will be funding his training. Soon he’ll be part of a police department.

“Training is 8 weeks,” said Sperow. “It’s very intense and the last two weeks of training that’s when he meets his handler who will be his partner for life.”

“He’s going to be the first dog to have an opportunity like this from Genesee County Animal Control,” said Macko. “We don’t know what state he’s going to end up in whatever police department he ends up in they’re going to be so lucky.”

“I mean he’ll be an ambassador that’s for sure,” said Macko. “We need more positive stories in Genesee County and the US when it comes to the Pitbull terriers.”

Money raised will go towards the transportation to get Blake to Sector K9 in Midlothian, Texas.